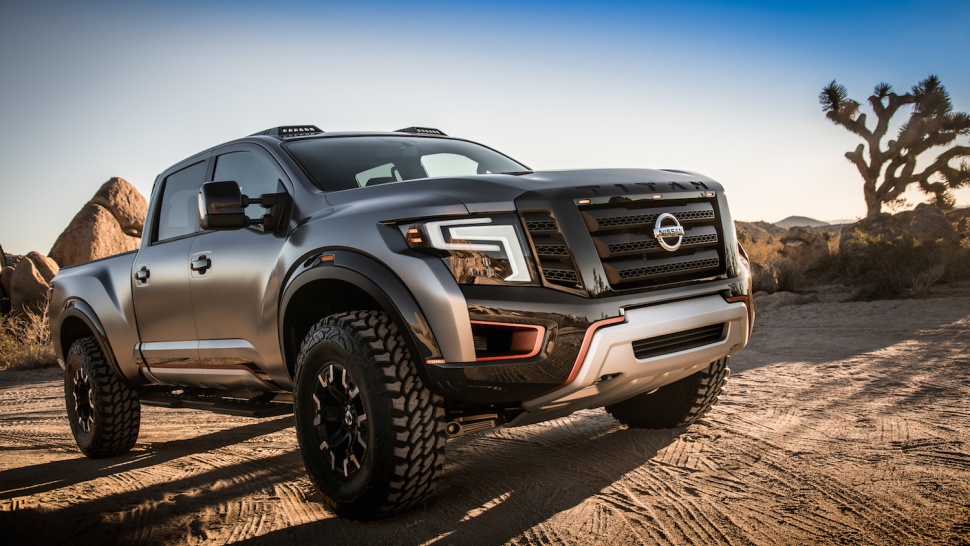 If Decepticons were to change themselves into big, mean looking vehicles on this day, the Nissan Titan Warrior Concept would definitely be one of their first preferences. Based on Nissan’s Titan XD, the Titan Warrior concept gets a burly front fascia, massive off-road tyres and matte grey paint finish.

Nissan’s signature utility grille has received heavy doses of steroids and a black finish to gel with the overall design of the pick-up concept. The enormous three slat front grille with honeycomb design holds the chrome Nissan badge at the centre while the top portion gets Titan brand name. The hood receives air vents. 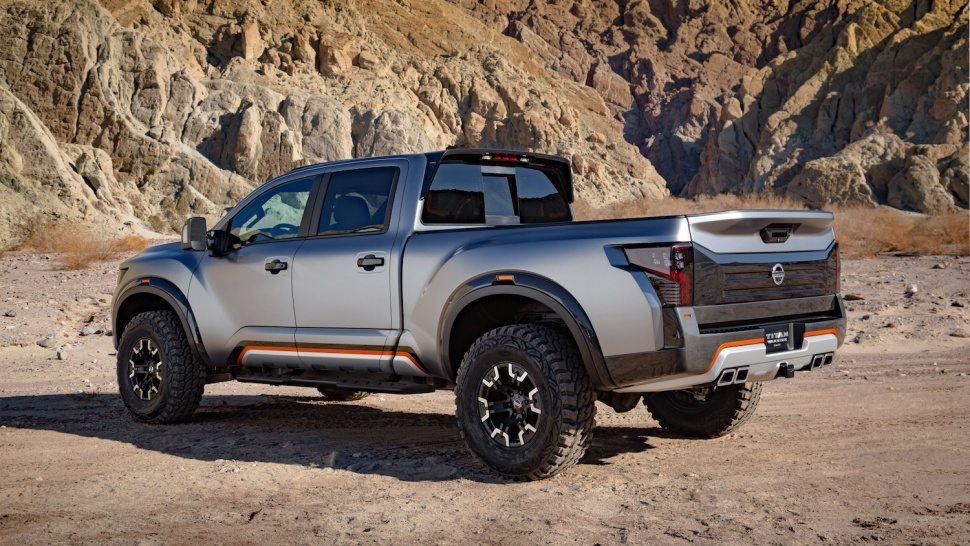 Both ends of the chunky grille are jewelled up by futuristic LED headlight setup. The glossy finished front bumper gets contrasting orange panels while the dull silver skid plates further add to the aesthetics. The bumper extends to become the wheel arch over the brawny, heavy duty 37-inch off-road spec tyres. 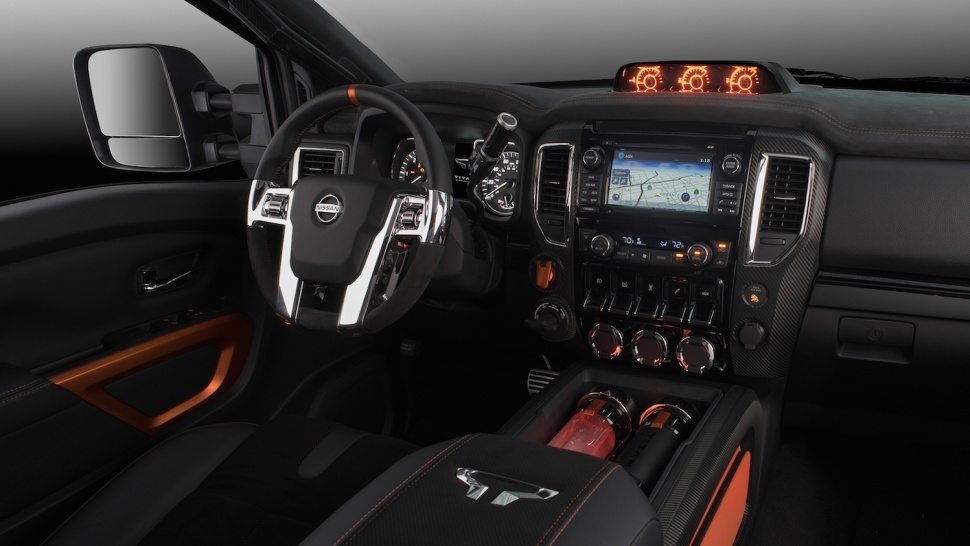 The dual colour theme continues on the inside too with door panels, backlit buttons and dials getting black shade with orange highlights. The black, suede finish dashboard, steering wheel and seats also get orange stitching while the steering wheel gets chrome treatment around the controls. The central console comes cocooned in a carbon-fibre textured panel.

This massive piece of metal will be propelled by a Cummins 5.0-litre turbo diesel V8, similar to the one that powers the Titan XD. The engine produces 310 hp and 752 Nm -ft of torque and comes mated to a six-speed transmission. 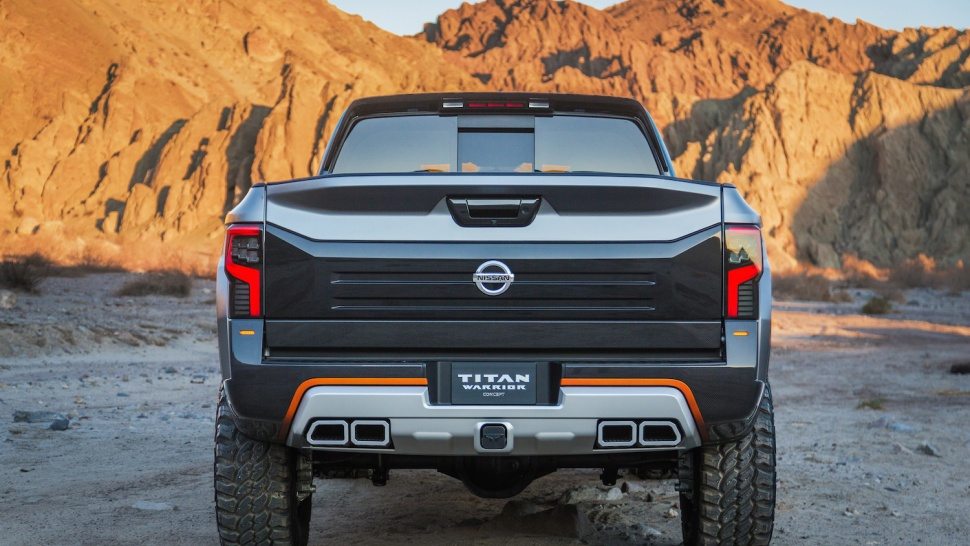 The overall design looks appealing while the potent power plant should do justice to the aggressive styling of the pick-up. That being said, the Nissan Titan Warrior is still being called a concept and with the Titan XD just starting to reach the showrooms, this warrior will probably enter the production stage by 2017.

Meanwhile, check out the official video and the photographs of the Nissan Titan Warrior Concept. Do share your views about this pick-up concept through the comments section below.

Here is the complete image gallery: