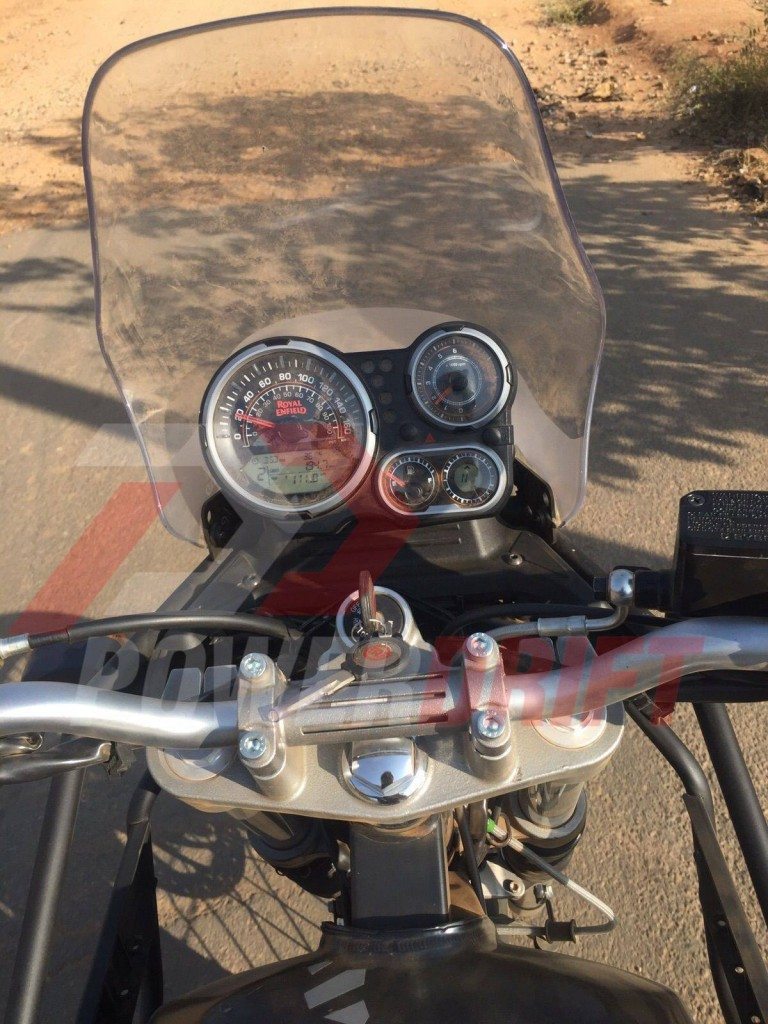 The Royal Enfield Himalayan Odyssey is one hell of a motorcycle riding event, we have followed the event regularly, and have participated in it as well. Since mid 2015, the word Himalayan has taken another meaning for the bike maker with the highly anticipated on-off road motorcycle model from RE having been named after the magnificent mountain range.

The Royal Enfield Himalayan has been rendered and spotted several times. We have a whole bunch of spyshots of the camouflaged, disguised, uncovered, production-ready and digitally illustrated Royal Enfield Himalayan. The bike has been spotted in different avatars indicating different variants. We also have updated you guys with a video of the bike that gives a clear idea of the exhaust note on the bike.

The images of the upcoming bike suggest that the Himalayan will be rolled out in two variants, one with an urban demeanour another one as an Adventure tourer. The recent photos of the bike display an adventure ready Himalayan, equipped with a pair of extra fuel cans in red and metal panniers mounted on the rear. Chunky tyres perform off-road duties for the bike. The Himalayan will be powered by an all new single-cylinder oil-cooled 410cc engine which will make power close to 30bhp and torque around 35Nm. The engine will be tied with an exclusive transmission kit.

A new image has surfaced showing the instrument cluster of the off-road version of the Himalayan. While the cluster remains identical on both the versions, just a windscreen is added to the adventure version. The rugged analogue-cum-digital console comprises of an analogue speedometer that displays the speed count in both kmph and mph. The LCD screen sitting below it holds the odo and trip meters, a digital clock, gear indicator and a temperature gauge. The tell-tale lights sit in between the speedo and the analogue tachometer. On the bottom right there is a digital compass with an altimeter and a fuel gauge.

Finally to put an end to the long held anticipation, the Royal Enfield Himalayan will most likely be launched on 2 February, ahead of the 2016 Auto Expo. The bike maker has issued a media invite suggesting the launch of a new model, and we really cannot see what else the new model can be, but the Himalayan. It is about time to see the bike scramble through the urban streets and adventure paths. With the launch event just a couple of weeks away, stay tuned for more details as they come by.

Check out the gallery below for a whole bunch of images of the upcoming Royal Enfield Himalayan.