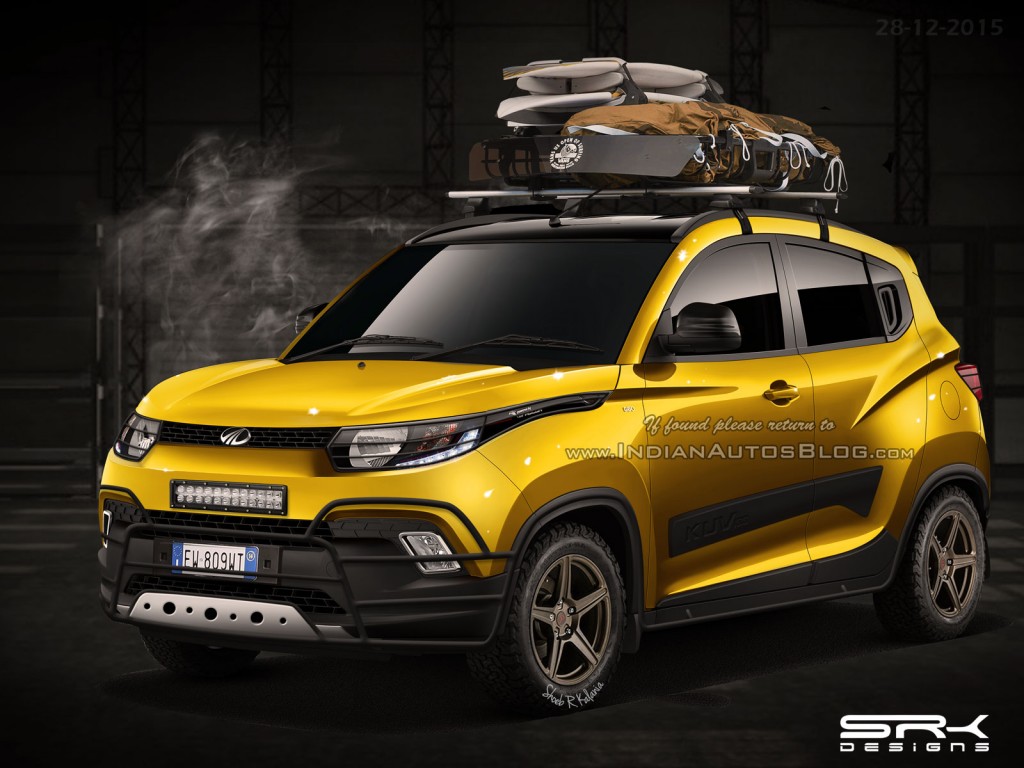 At best, the upcoming Mahindra KUV100 can be called a tepidly called a softroader. Agreed, the KUV100 won’t last for more than ten metres if shown a hardcore off-road trail, but as far as appearances go, this render looks like it’d conquer every single off-road trail out there. Too much faff? Okay, at least all the rally stages then. Well, most of them.

Indian Autos Blog’s rendering artist SRK has conjured up a Mahindra KUV100 that has taken a walk on the wild side. SRK’s rendition of the KUV100 dons a bright yellow paint-job, contrasted well with a gloss black roof and mirror caps, along with jet black window tints Atop sits a luggage rack, replete with camping gear and other outdoorsy paraphernalia.

The Mahindra’s slim grille has lost its teeth, while the front bumper and wheel arches are protected by bars. A beefier scuff plate with holes in it (like cheese) muscles up the front end, and even the headlamps receive some sort of protection. Finally, there’s a set of off-road rubber wrapped around some tasty, bronze finished wheels. The side moulding with etched KUV100 branding is an add-on too, and so is the LED bar light in the middle, which replaces the registration plate.

The Mahindra KUV100 will be launched on 15 January. We’ll be covering it live, and will be following it up with a first drive review. Stay tuned!