Displayed as a concept at the 2016 Auto Expo and first showcased at the 2015 Tokyo Motor Show, the Datsun Cross is ready for its World Premiere which is scheduled on January 18th in Jakarta. Unlike the concept, which hinted towards an all-new product which would be based on Renault-Nissan’s CMF-A platform, rumours and spy shots suggest that the Go Cross could well be a jacked up Go+.  Post its global debut in Indonesia, the Go Cross could also make an appearance in India at the upcoming Auto Expo. 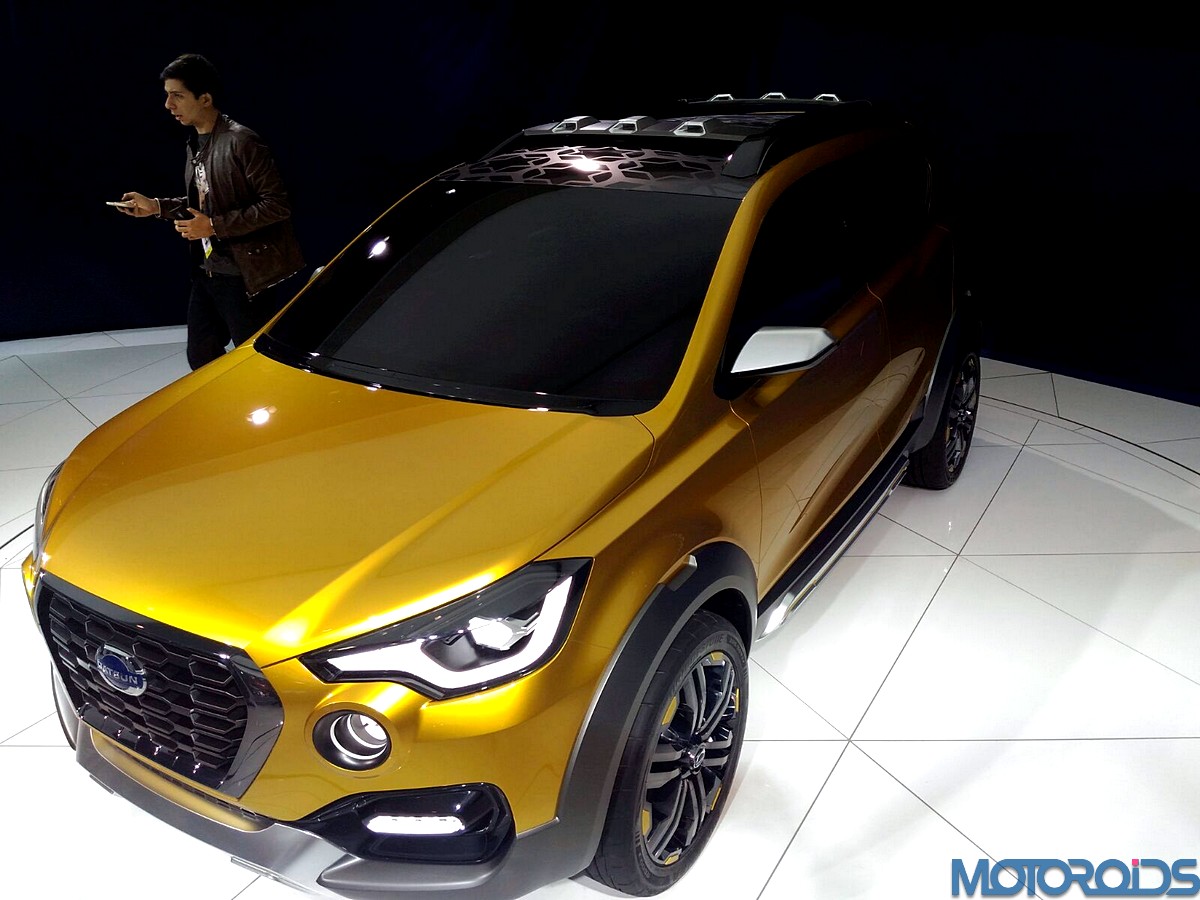 To be positioned above the Go+, the Datsun Cross will rival the likes of the Mahindra KUV100 and the recently launched Maruti Celerio X among other vehicles in the class which dangle a high ground clearance carrot. Although it still isn’t certain if the Indonesia-spec car will be similar to the one which we get, the fascia looks pretty identical to the concept which was displayed earlier.  The split headlamp setup with a projector type main candle and curving DRLs makes things appear quite interesting. Beneath that, expect a faux skid plate, black cladding all around, roof rails and 5+2 seating like the Go+. 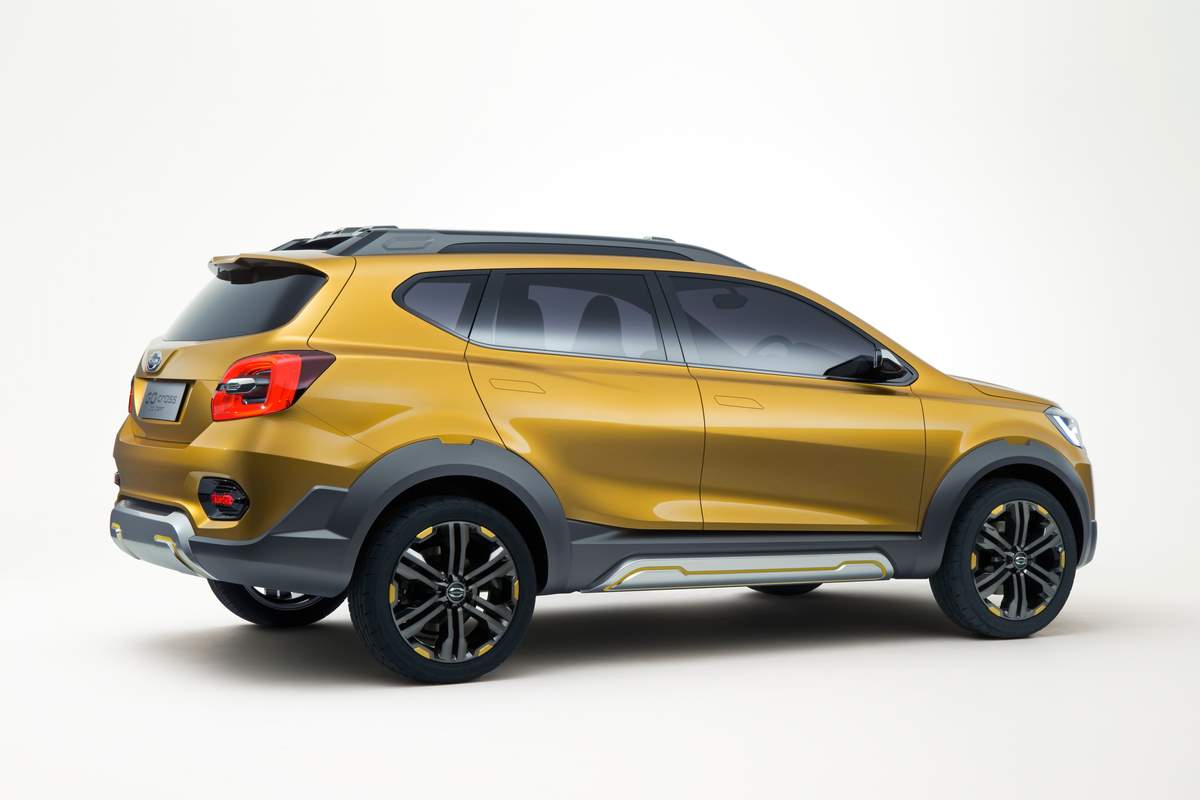 Powering the Datsun Cross could well be the 1.2-litre petrol engine which also propels the Datsun Go+. This naturally aspirated three-cylinder motor produces 68 PS and 104 Nm of torque and comes mated to a 5-speed manual box. With a good-looking face and pumped up styling, the Go Cross will be priced aggressively for sure, whenever it is launched in India. For being a flagship, expect a touchscreen and a few more modern features to be offered with this one.