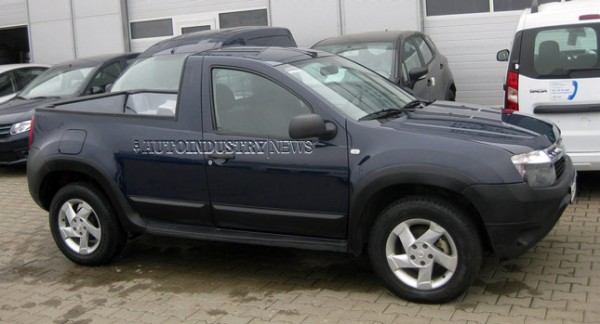 A Dacia Duster pick-up prototype was recently spotted in Romania

Earlier this year, it was being said that the Logan pickup, which was discontinued sometime back, will be succeeded by a pickup variant of the hugely popular Dacia Duster. However, thanks to the manufacturer deciding to remain tight lipped about this, the news was soon to die down. However, a sighting of a Dacia Duster pickup prototype in Romania almost made us believe that the manufacturer has indeed been busy readying a pickup variant of its popular crossover. However, we were soon to realize that the Duster pickup that has been spotted is a project by local coachbuilder Romturingia. This coachbuilder specializes in modifying Dacia models into special vehicles like ambulances. 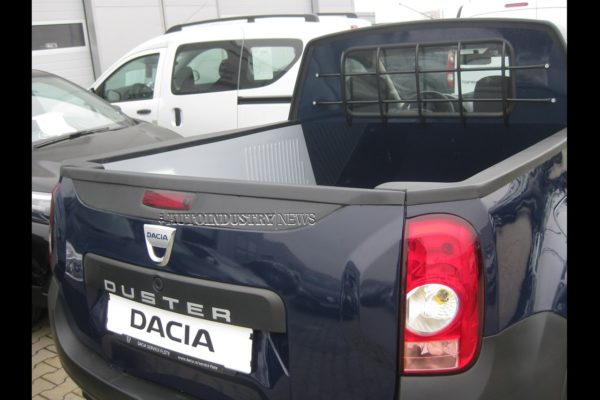 The Duster pickup is based on the pre-facelift model

The Dacia Duster pickup is based on the pre-facelift model and will boast of a single cab pickup design. The only role that Renault-Dacia has played in the development of this pickup prototype is the technical support that the coachbuilder has received from carmaker’s local engineering center Renault Technologie Roumanie.

The Dacia Duster pickup is a result of many requests from big fleet customers for a multi-purpose vehicle that has a large loading area and has substantial off-road capabilities. The Dacia Duster’s loading bed is 1.7-meter long and has a payload capacity of 400 kgs. While the power option for this vehicle isn’t yet known, what we do know is that it has got a six speed manual transmission and four wheel drive. 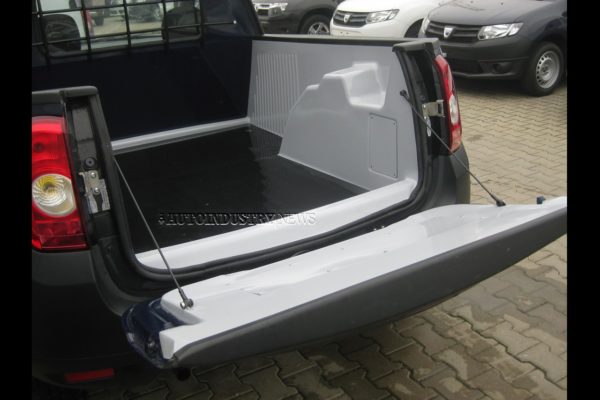 There have been rumors that state that this Dacia Duster pickup project has been commissioned by Renault’s special sales division in Romania. However, there is no official word on this yet and hence, we would want to refrain from jumping the gun and getting excited about Renault indeed working on a Duster pickup.

We await official information from Renault-Dacia. Meanwhile, why don’t you share your opinion about the Duster pickup? Do share your thoughts by commenting below.