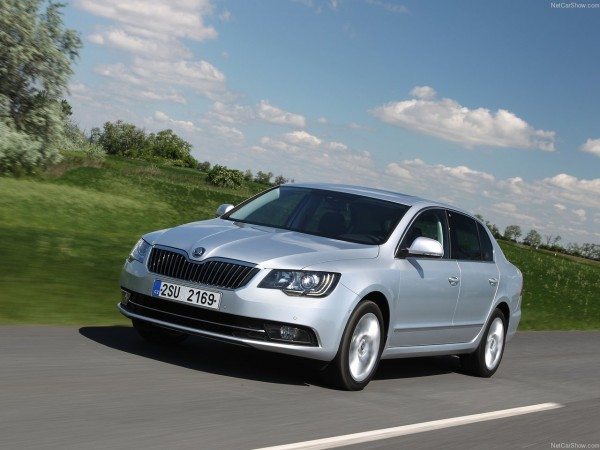 If a report by the good chaps at Team-bhp is to  be believed, the Indian subsidiary of Skoda would launch the Superb facelift in late January or early February, next year. The Skoda Superb facelift is definitely taking a long time to come to us, especially if you consider that test mules of the updated Superb were first spotted in India as much as six months back!

The 2014 Skoda Superb facelift features cosmetic upgrades up front and at the rear, along with some tweaks to the engines and interior.

At the front end, a revised front grille, resembling that of the new gen Octavia, integrates neatly with the bumper. The new Skoda logo sits just above the front grille and the new grille, along with redesigned headlamps, fog lamps and a wider looking bumper, do well in infusing a sense of freshness with the Superb. The shape of the front fender, as well as the bonnet has been changed as well. The new headlights now feature a a bi-xenon setup with DRLs.

At the rear, the number plate has been moved upwards. The LED tail-lamps form a new ‘C’ shaped pattern, which bear resemblance to the Laura. The car will be available with a new alloy wheel design and also two exterior paint options- Meteor Grey and Moon White. 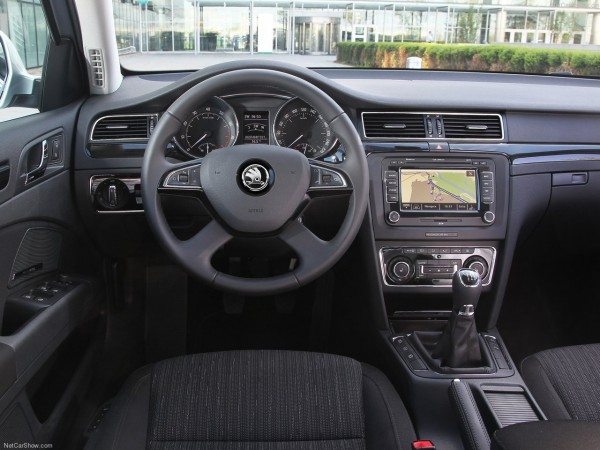 On the inside, the new Superb also gets a thoroughly updated cabin with a new four-spoke steering wheel, new fabrics and patterns to choose from, with a unique brown-ivory color combo for the top of the line L&K variant. The raer benchers get the feature of being able to push the front seats forward to increase the legroome at avail. We wonder whether they would ever require that though with the abundant legroom of the Superb.

In international markets, the engine options for the Superb refresh will include a 1.8-litre TSI petrol engine, a 2.0-litre TDI and a 3.6-litre V6 petrol engine. For Indian market though, safely expect the V6 petrol to be given a miss.

Akin the Octavia, an entry level ‘Ambition’ variant, with a six speed manual gearbox and a TSI motor, will be offered with the Superb too. Of course, you would have the option of ordering the 1.8 TSI with a seven speed DSG unit. The 2-litre diesel is likely to be available with a six-speed DSG auto box only.