When everyone out there is either building a scrambler or a cafe racer, this customised Royal Enfield by Bulleteer Customs took a different route. Called the Leon, its matte black paint and that slammed appearance takes liking to the Harley-Davidson Night Rod. What with its one into two exhaust pipes and some yellow pinstriping, it adds a touch of sporty to what is powered by a long stroke motor. 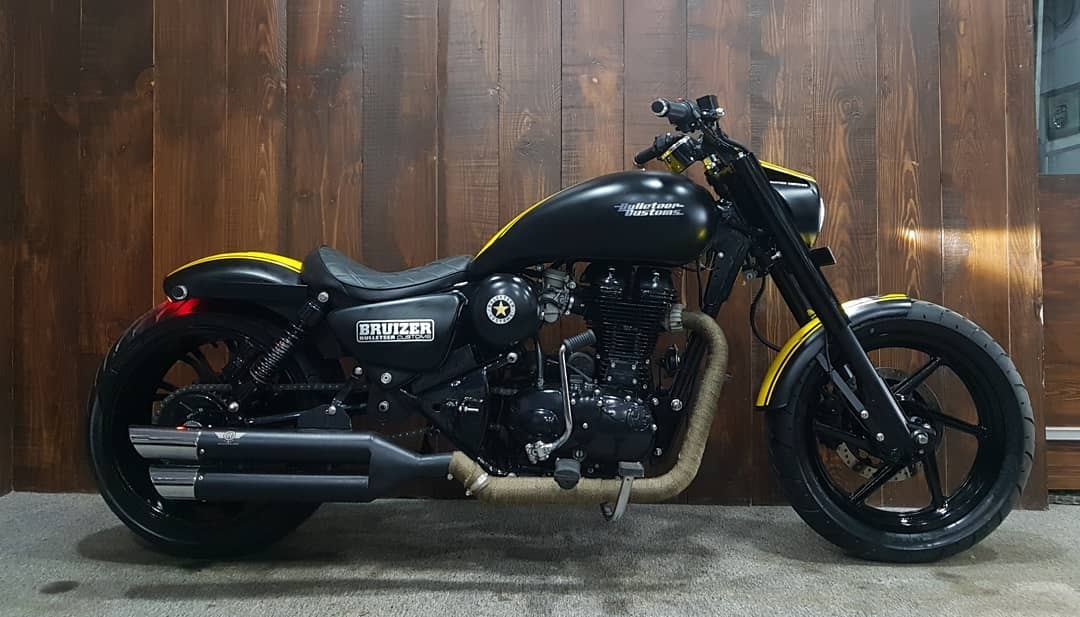 Some interesting details about this build include a curvaceous fuel tank, which drops down into the low saddle with grace and that taillight which follows the cure of the rear fender. The front forks and the rear springs have quite an aggressive rake angle and help the bike achieve its low-set appearance. Other bits include a fabricated nacelle which wraps itself around the LED headlight, an all-digital instrument console and black paint sprayed generously to achieve that night owl appeal. Custom wheels at both ends have been wrapped in fatter rubber and hauling duties have been handed over to disc brakes for both of them. 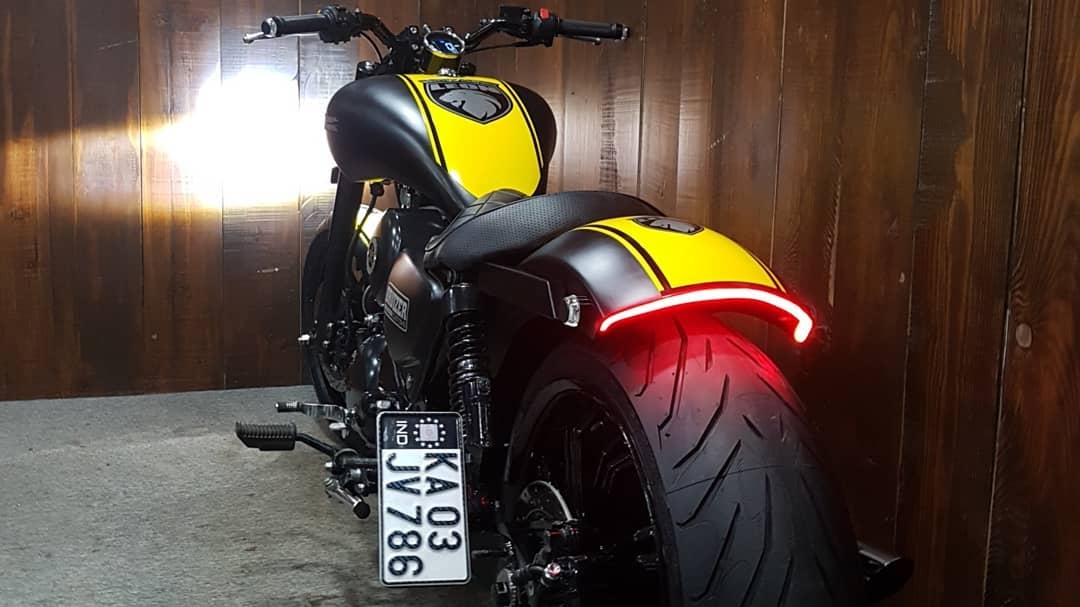 Talking about the motorcycle this build takes inspiration from, the Harley-Davidson V-Rod was a revelation when it first came out in 2001. A new take on motorcycling by the iconic bike maker, the V-Rod classified itself as a ‘Muscle Bike’. Powered by an engine which was jointly developed with Porsche, this was the first Harley to ever use liquid cooling. 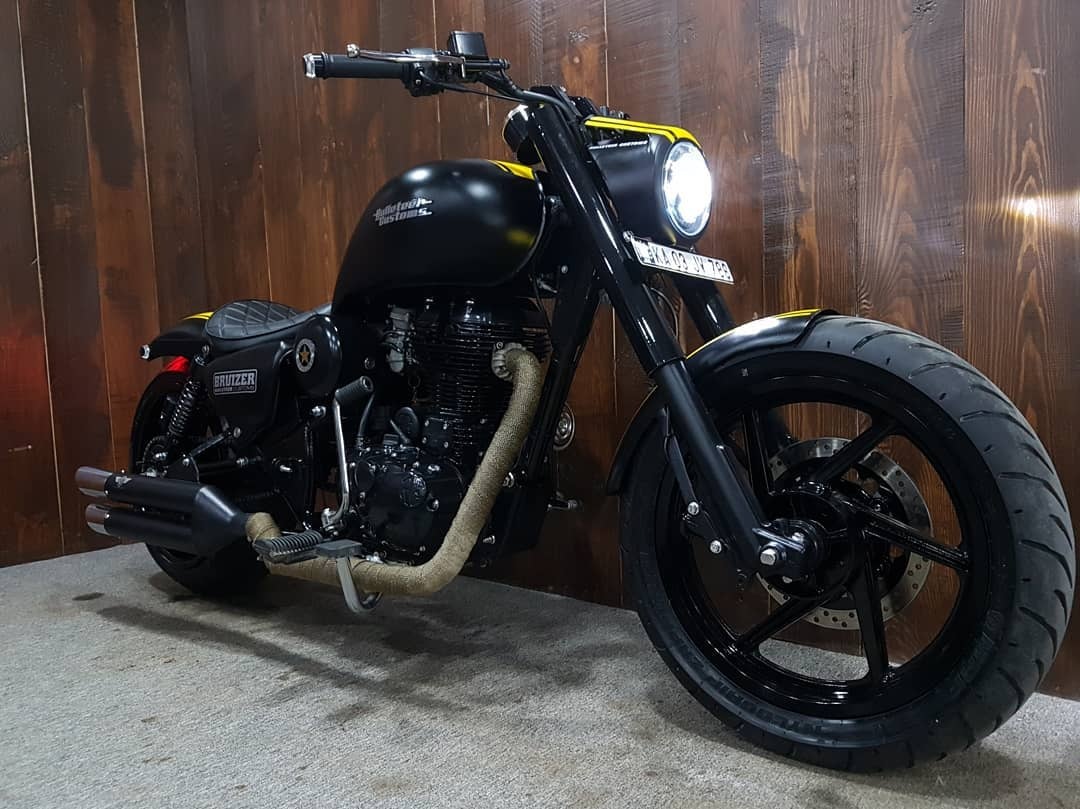 Coming back to Royal Enfield, which forms the base for the Leon, the bike maker is busy expanding its footprint globally and is marching towards its goal to become the Global leader in the mid-capacity motorcycle segment. In order to achieve that, RE is currently working on upgrading its existing lineup of single-cylinder motorcycles which belong to the Thunderbird, Classic, and Bullet portfolio. These new motorcycles will also meet the upcoming BS VI emission norms which will be introduced in India in April 2020. In order to cater to the increasing demand for the 650cc twins, a new assembly plant in Thailand will commence operations in June. The brand had also announced that the 650cc motor will propel some brand new upcoming motorcycles in the future.