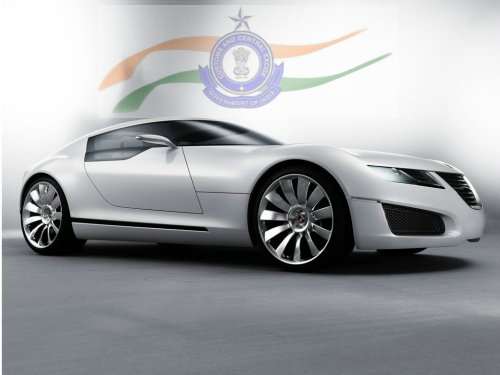 Very recently the government introduced a rather abrupt duty structure change to the CKD imports, bringing engines and transmission within its purview and taking the duty up to 60% from 10% overnight. Needless to say, car manufacturers, especially international carmakers who have set up their assembly plant here have been having sleepless nights ever since the announcement was made. At Motoroids, we criticized the move for its abruptness and for its rather disruptive nature for a well settled and flourishing auto industry. The government was later heard to have reduced the duty from 60% to 30%, but apparently the talks between the government and SIAM are on, and nothing concrete has come out yet.

Now, as long as the dispute was between the government and the carmakers, it was still acceptable. But it seems like the customers of high-end cars are also getting dragged into the melee and are ending up getting harassed in the bargain.

One such incident has been reported by our reader Yash Garg of Pune, who had booked a Skoda Superb 1.8 AT in Mocha Brown colour. He booked his car on the 4th of April, and was promised a delivery on 25th of the month. However, now he’s being told that his car has been caught in the excise duty net, and it will take another 15 days before it is delivered. Apparently, the new duty structure is applicable not only on the newly assembled cars, but also on the existing cars whose engines have been assembled here.

Apart from the date of delivery, there also seems to be some confusion on how much money he will eventually have to pay for the car. The car was costing Yash Rs 22.65 lakh OTR, of which he paid 8 lakhs as down payment to Europa Auto Pune. The dealer doesn’t seem to be at a fault here, as he is ready to return the booking amount. It’s the famed Indian ‘System’ which is the real culprit here.

It’s really sad on the government’s part to increase duties on well settled businesses and create such a state of confusion. We just hope that the matter resolves quickly enough and clarity prevails.

In the meantime, do let us know if even you or your friends have come across a similar situation. Share this with friends who are willing to buy a new car the engines and transmissions of which are imported. Ask them to have everything clarified in this regard before making a down payment.