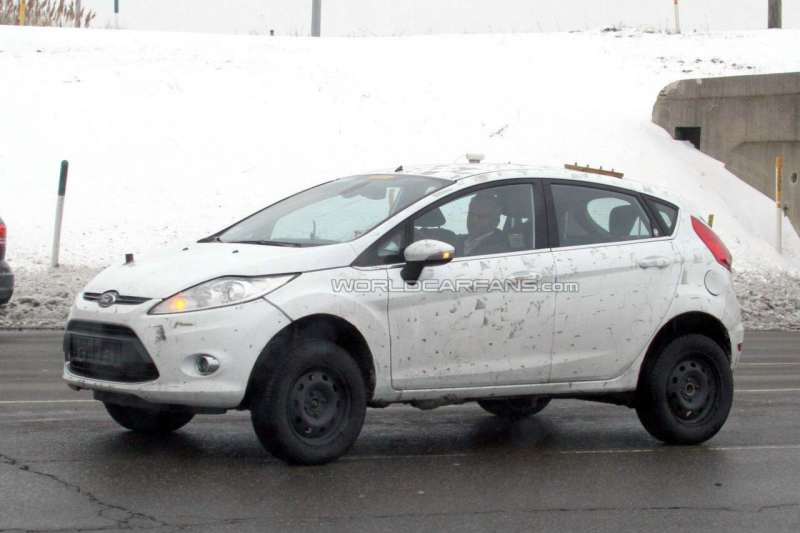 Ford India’s President and MD, Mr Michael Boneham has said time and again that the company plans to launch as many as eight new products by 2015. While it may be difficult to list down all of them, the new Fiesta, the new Endeavour and the new Mondeo can almost be considered as a certainty.

Apart from all these cars, another strong contender to make it to the India shores may be a totally new, under development car. It’s a Ford Fiesta based SUV, based on the American carmaker’s global B platform, which is currently undergoing extensive testing, has been spotted many times and looks like an apt option for the conditions prevailing in the Indian subcontinent.

The new SUV would essentially be based on the Fiesta’s skeleton only. It will share wheelbase and several components with the car, It will, however be taller with more ground clearance and substantially more cabin space than the Fiesta. The SUV will share critical design elements such as the fascia, bonnet and side creases with the Fiesta and will clearly be related with the sedan visually. It would almost be like a slightly bigger and higher Fiesta hatch, caught testing several times in Chennai.

Engine options too will be similar, with a 1.6-liter petrol, and a 1.6-liter diesel propelling the compact SUV. The engines, however, may be in a slightly different state of tune to suit the weight and the body type.
The car looks ready to make its first public debut, and should make an appearance in one of the auto shows this year. Expect the new machine to hit the international market in mid 2012, and India a few more months later.

The SUV has been caught several time doing the rounds in European countries for cold weather testing. A video of the new SUV has also emerged lately on the scene. Have a look.