We’re not sure if the action was result of some altercation between the car owner and the guy who jumped over the supercar, or a failed prank, or just some random person not respecting someone’e property. The video starts with the owner of the Lamborghini Aventador SV standing outside the car looking outside the frame when this crazy person decides to jump on the bonnet and run across the supercar. The owner tries to chase down the guy but he manages to sprint away. 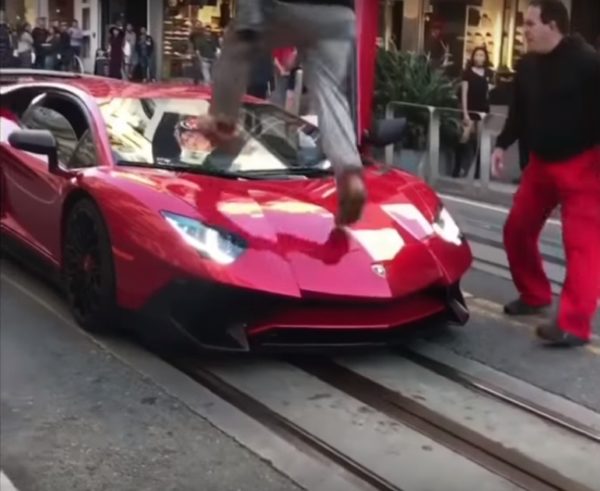 Things seem to have settled down when the the guy decides to come back and try and jump over the car again although this time, the owner of the vehicle — the person in red pants — grabs hold of him and throws him on the ground. The guy can be seen smiling as he lay on ground which makes us question his sanity. 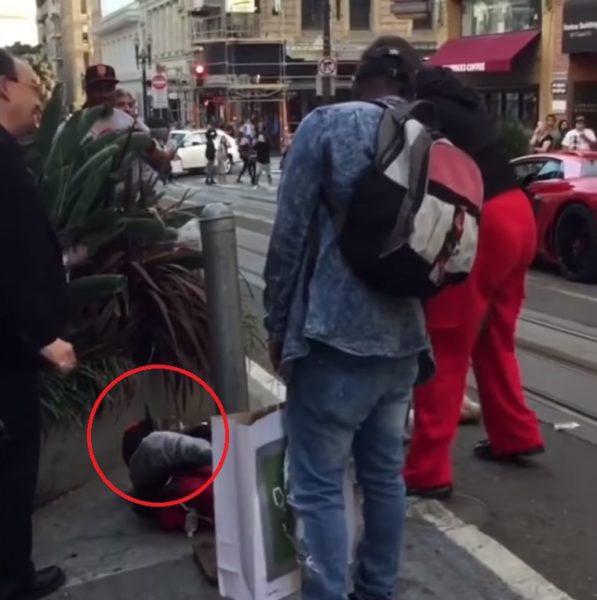 Just when we thought everything was over, the chap gets up and seems to say something to the owner when the latter turns around and swings a punch at him. The guy, as seen in the video falls unconscious (or at least pretends to) as the Lamborghini’s owner drives away.

The crazy guy’s actions obviously didn’t win him any praises. The YouTube comments section is full of comments against the prankster. One of the comments read, “What a piece of s**t, if I was a pedestrian there I would of smacked the fuck out of him for the dude in the lambo then ran away.” Another comment which seem to make a lot more sense said, “Oh and then the little ****** is faking injury so he can sue the rich dude…” 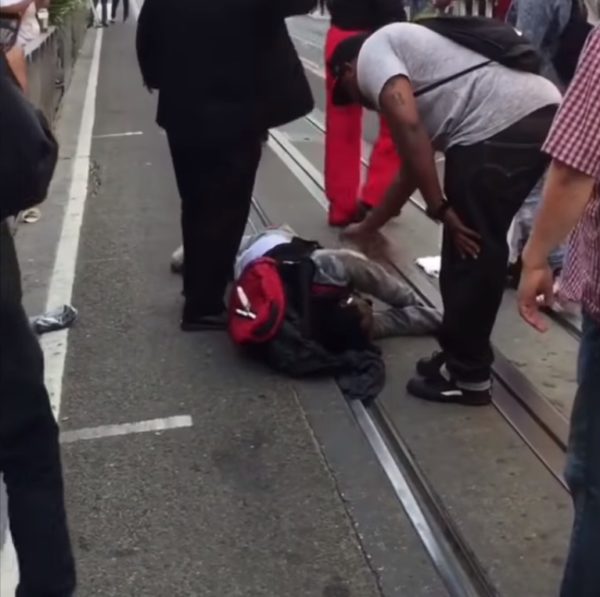