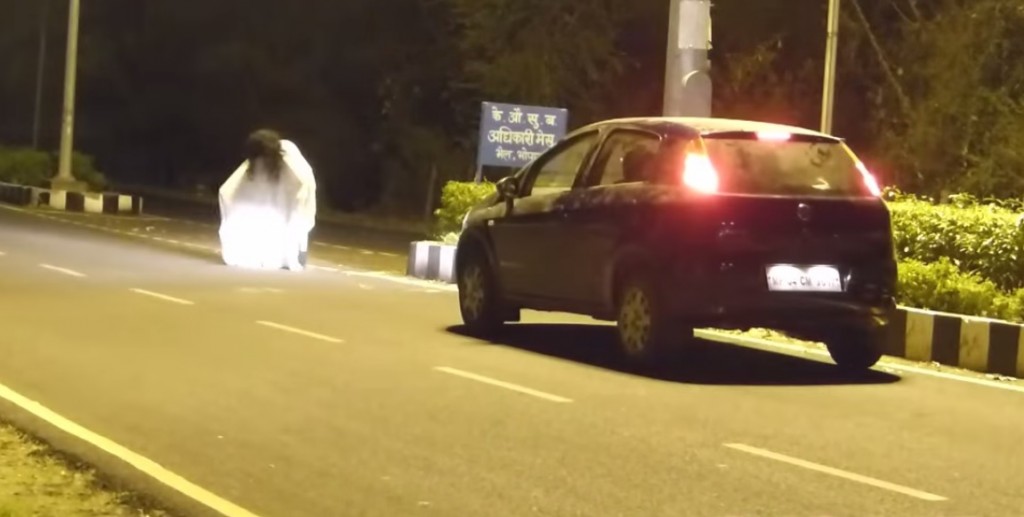 A prankster in Bhopal got hit by a Fiat Punto, while trying to practise his silly trade. It was supposed to be a ghost prank, recorded on video, wherein a bunch of morons draped in white sheets decided to scare drivers on the road by jumping in front of moving cars.

The “ghost” jumps in front of the moving Punto. Understandably, the driver panics, stops just in time, and starts reversing. Seconds later, another “ghost” jumps on the road, blocking the driver’s path from behind, even trying to jump on the car. The car stops reversing, and guns forward.

“Ghost” number one gets in the way again, this time deciding to perform a little spooky waltz. The driver, who had had enough with this nonsense, decided not to stop for the second time, ramming into the first prankster, and almost mowing him down in the process. Fortunately, he lives, with a bruised knee or two.

[Profanities at end of video]