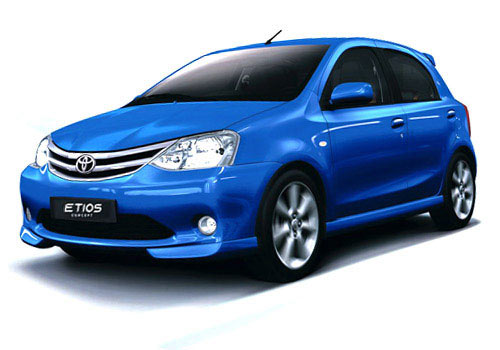 The Etios sedan has been a great success story for Toyota Kirloskar. The hatchback version of the car, the Liva, is also ready for a launch now and will take the volumes further higher up for the Japanese carmaker. The company will be introducing the hatchback to the Indian marker on 27th June 2011.

The Liva will be powered by a 1.2 liter petrol engine, producing around 75-80bhp of peak power. The Liva will have expansive interior space, refinement, good fuel efficiency and reliability as its biggest virtues. Having witnessed Toyota’s aggressive pricing strategy with the Etios Sedan, the Liva is also expected to retail at lucrative price point. Expect the car to be priced slightly below the Swift.

A 1.4-liter diesel variant of the Liva will be introduced later in the year, somewhere around Diwali. This will be the same engine that currently powers the Corolla Diesel, but will be in a different state of tune, for even better fuel efficiency.