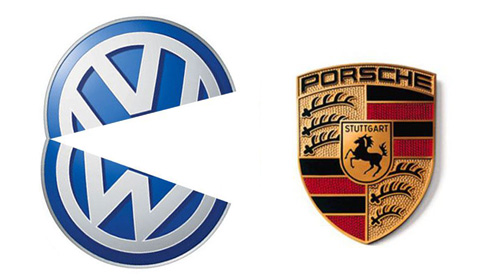 It has been long since we have been hearing about Volkswagen taking over popular German supercar maker Porsche. There also came a time when the much smaller Porsche started thinking about acquiring the German auto giant VW. However, as with all such over ambitious plans, the attempt to acquire VW turned out to be a complete disaster and all that happened was the guys at Porsche seen hiding their faces. Now, in a recent move, it has emerged that Volkswagen will become the new owner of Porsche from next month. It maybe noted that the VW and Porsche connection dates back to the time when Ferdinand Porsche had designed the revolutionary Beetle for Volkswagen. Then, Ferdinand decided to come up with its new sportscar by using the underpinnings of the Beetle. Currently, the Touareg and the Cayenne share the same chassis. We reported in detail when VW acquired 49.9% stake in the performance car maker. Now, on acquiring the remaining 50.1%, shareholders at Porsche will be paid a sum of $5.61 billion by Volkswagen. The news of VW acquiring Porsche has ensured that prices of shares of both the car makers have shot to the moon.