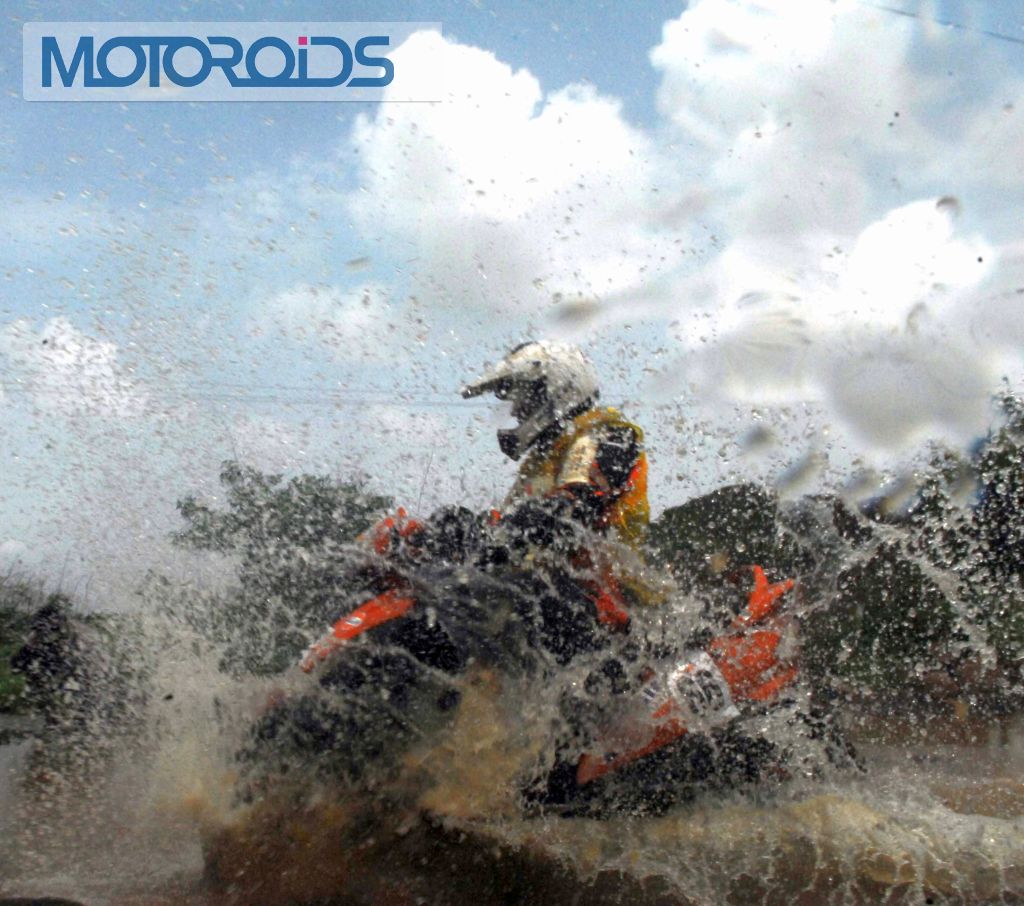 In a field of 39, Rustom came up with judicious riding over the dirt tracts of Navi Mumbai to win the grueling 35 km race with a penalty of 29 minutes & 54 seconds.

How good the winner Rustom was can be made out from the 61 seconds that separated him and second placed Muzzafar Ali.

The popular annual event was flagged off by Bijoy Paul, General Manager – Marketing
Gulf Oil Corporation Ltd from Our Lady’s Home in Parel after which the riders rode to the eastern side of the city for competition along the backwoods of Vashi, Targhar, Bombaypada, Vovale.

Riding on the gravel-laden, slushy course difficult and dicey. The riders had to exercise extreme caution while negotiating the steep inclines and hairpin bends. Practically all of them took a tumble or two and some even damaged their scooters.

It was also difficult riding through water logged areas but almost all riders went through the exercise rather efficiently.
.
Apart from winning the overall prize Rustom Patel was 1st in his class  in the 110 to 160 cc class( 4 stroke),,  while Muzaffar.Ali and  Nikunj Gala were second and third respectively in the class.

In the 80cc to 110cc class( 2 stroke), Kunal Rao lead, Ashish Nair was second  while Sashank Shewale was third.

The prizes were given away by Mr. Bijoy Paul. Here we have the detailed results