It is well known by now that the French auto manufacturer, Citroen, will enter the Indian market with its C5 Aircross SUV. The SUV was supposed to arrive much earlier in the country. However, owing to the ongoing pandemic and the subsequent lockdowns the timelines have been delayed.

Earlier the C5 Aircross was supposed to be launched later this year, however, the ongoing pandemic has pushed its launch to the first quarter of 2021. Recently, two test mules of the C5 Aircross were spotted, sans any camouflage, testing in the country in Tamil Nadu. A video shared on YouTube by ‘Rock Through Tech’ confirms the above development.

The video reveals two mules in the White and Black paint scheme and appears to be India-spec models. The CKD route will help keep the prices in check as compared to those of the fully-imported units. The video reveals a lot about the exterior of the upcoming SUV. In terms of the overall design, the C5 Aircross features an unorthodox design language. At the front, the car sports a split headlamp along while the rear-end features rectangular-shaped LED tail lamps. 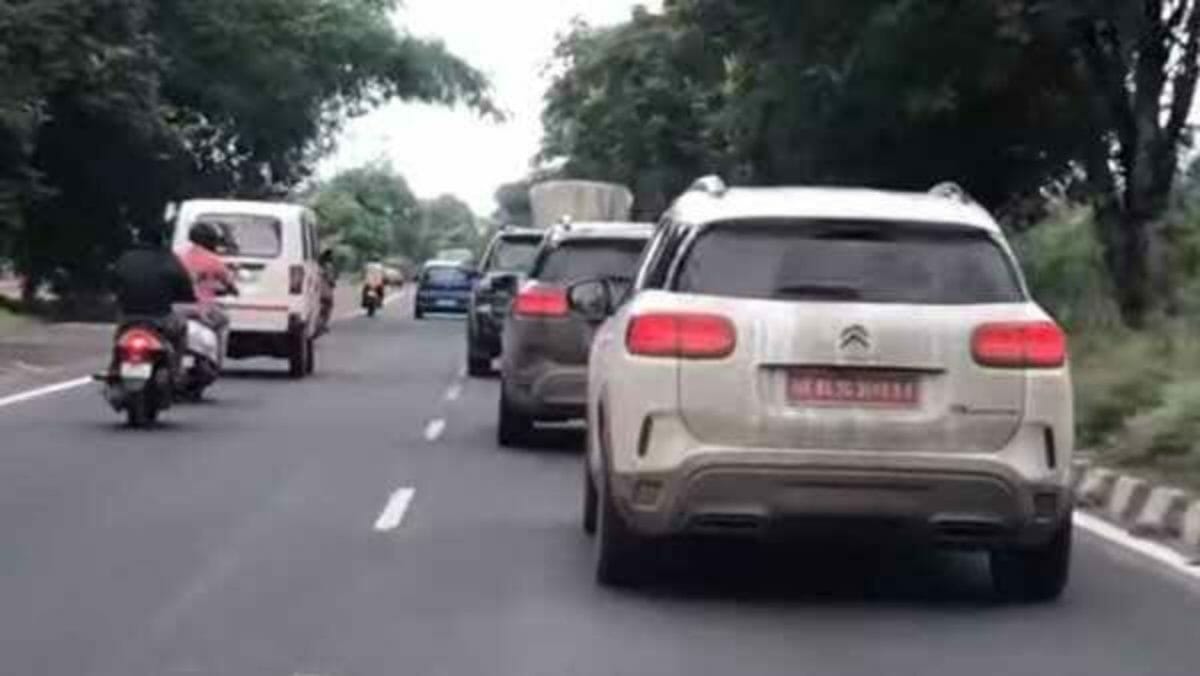 The C5 Aircross gets Citroen’s Airbump door and wheel arch protectors, which apart from adding a funky touch to the exterior, protect the lower part of the doors from unwanted knocks. The SUV also gets roof rails and alloy wheels. At the rear, the design is more subtle with split-wraparound tail lamps, an integrated roof spoiler, a large Citroen badge placed on the middle of the boot-lid, and a blacked-out bumper with non-functional twin exhaust vents.

Moving on to the interior- the upcoming Citroen SUV’s cabin is expected to feature a dual-tone colour theme, complemented by a premium upholstery. As far as features are concerned, is expected to get a panoramic sunroof, an 8-inch touchscreen infotainment system with Apple CarPlay and Android Auto, hands-free parking, an elevated centre console for better driving ergonomics, a powered driver seat, dual-zone climate control, and a 12.3-inch digital instrument cluster. Expected safety features include multiple airbags, front and rear parking sensors, and hill-start assist. The C5 Aircross is also expected to feature the brand’s latest iteration of connected technology as well. 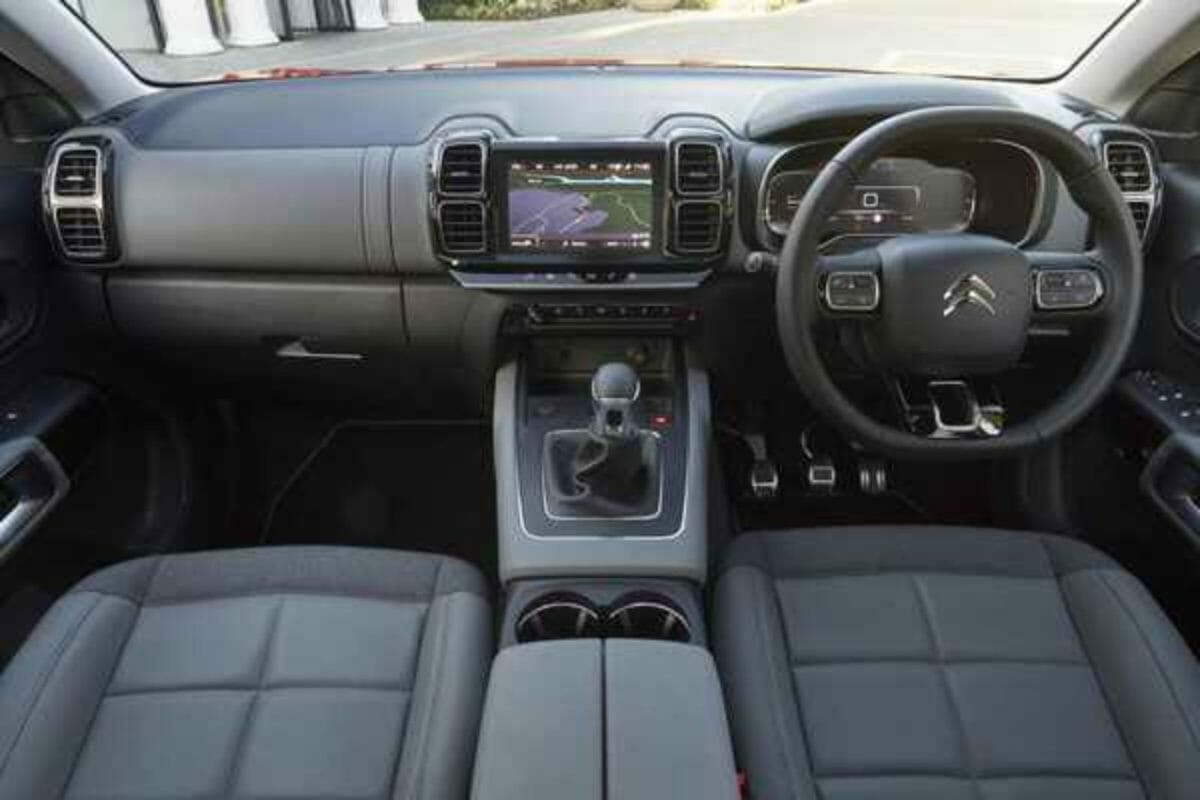 Also READ: The SUV is being assembled at CK Birla’s plant in Thiruvallur, Tamil Nadu

Groupe PSA owned Citroen has been testing the C5 Aircross for a while in India. The C5 Aircross is expected to be priced around the Rs 30 lakh mark when launched in the country sometime next year. Since it’s a mid-size SUV, it will rival the Hyundai Tucson, Honda CR-V and the higher variants of the Jeep Compass. We expect Citroën to price the C5 Aircross from around Rs 30 lakh (ex-showroom).