Anand Mahindra is one such noted personality who is very active on social media through his Twitter handle. The Chairman of Mahindra and Mahindra never shies away from sharing his thoughts, anecdotes or motivational messages through the online platform, a reason why he has such a huge following on Twitter.

Recently, the business tycoon shared a video that according to him is a ‘visual metaphor’ for people trying to navigate through life during COVID-19. Taking to Twitter, Mahindra shared a video of a 70-year old World War II-era Jeep off-roader tackling rocks and boulders to drive home his metaphorical advice. 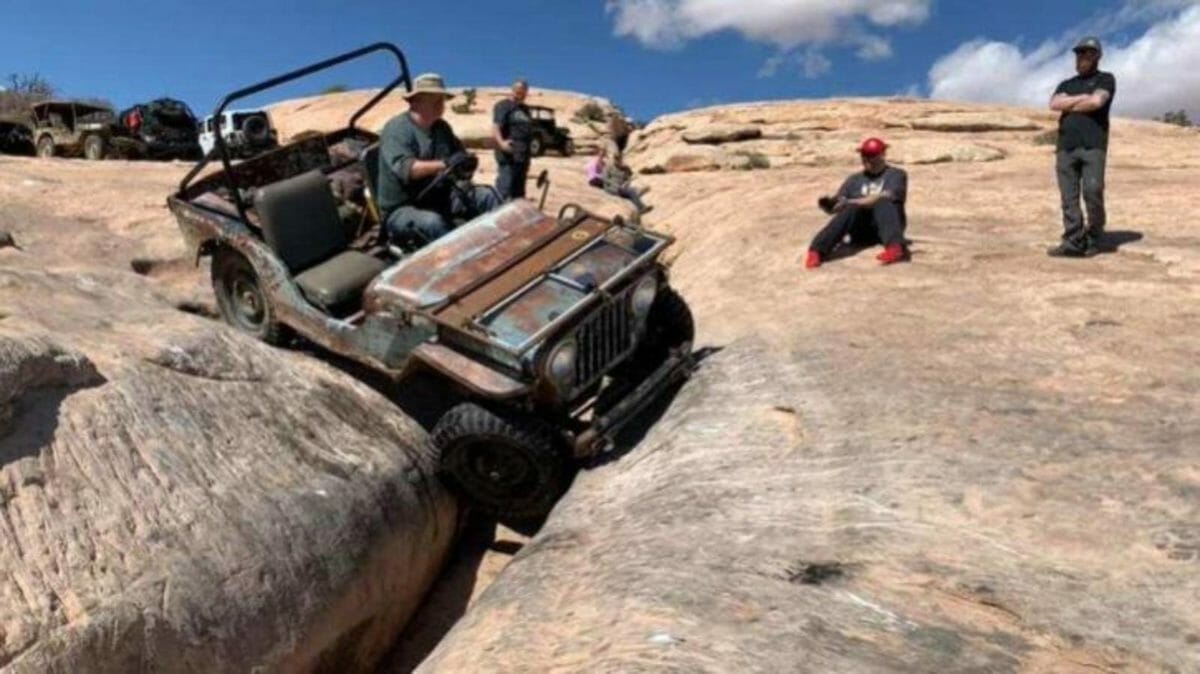 The over 2-minute video has currently garnered more than 1.57 lakh views and more than 8.5 thousand likes. Some even suggested Mahindra should come up with a similar off-roader, while a few others were confused whether it is an old Mahindra vehicle due to its appearance.

Sharing the video on the micro-blogging site, he wrote, “Lost count of the number of people who have forwarded this clip to me. No surprise that they’d think I’d enjoy it. But I also see it as a visual metaphor for how all of us are attempting to negotiate the perils of Covid-19 & its impact on our lives: We need ‘off-road’ skills!”

Lost count of the number of people who have forwarded this clip to me. No surprise that they’d think I’d enjoy it. But I also see it as a visual metaphor for how all of us are attempting to negotiate the perils of Covid-19 & its impact on our lives: We need ‘off-road’ skills! pic.twitter.com/RaxZUt4xZN

Details of the video

The video shows a man driving across a massive crack – also known as the Golden Crack – in a 70-year-old Jeep. The vehicle is one of the 1948 Willys CJ2A. The tweeted clip of the Jeep is part of a compilation of videos from off-road trails during 2019. The Jeep with a four-cylinder engine dates back to World War II days when Willys-Overland first thought of producing a civilian version of the militarised vehicle. In 1945, Willys-Overland began producing CJ2A for the first time.

The Willys CJ2A, in the video shown, is not equipped with any of the techs which a modern 4×4 off-roader is offered with. It has no power steering, no huge off-road tyres and the chassis is also not lifted. The Jeep is evidently a 70-year old machine as it can be seen when the man tries so hard to turn the wheels by its manual steering. The video shows only the front tyres coming out of the ‘Golden Crack’ suggesting that it is incomplete.

With the number of cases of Covid-19 infections on the rise at an exponential rate, the video does symbolise that it is a tough task ahead and the battle is yet to be fought for a very long time. As far as business is concerned, Mahindra & Mahindra is gearing up for the launch of the much anticipated next-generation Thar which is slated to be launched sometime around the festive season later this year.