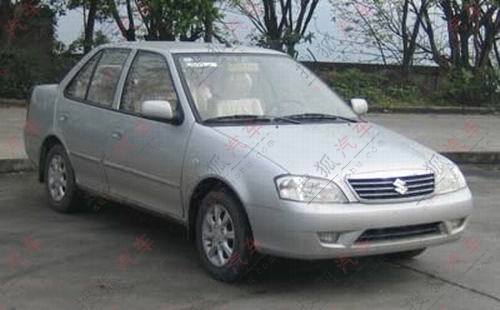 The Suzuki Esteem existed in the Indian Market for about 15 years after which it was discontinued 2 years ago. However, the journey for the Esteem has not ended yet in China. In China, the Suzuki Esteem (Changan Suzuki LingYang) has been just given a face lift.

The basic structure of the car remains the same which makes it retain its original look from both the exterior as well as interiors. The car is powered by a 1.3-liter engine with a maximum power output of 67 kW, which earlier was 63 kW. The car now gets a new 3 bar grille and a new redesigned set of tail lights.

As a matter of fact, in China, both luxury as well as basic cars sell in large numbers. Last month, Zotye Auto revealed its plans of producing the 800 in China.