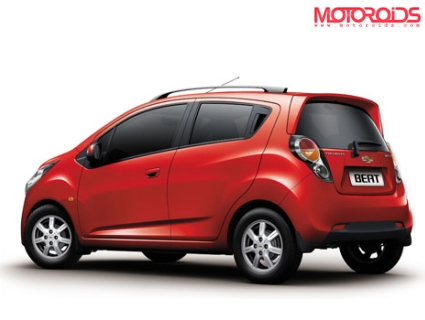 Chevrolet has tasted a fair amount of success with the ‘Beat’ small car in India. The carmaker has now decided to go a step further and launch a diesel variant of the Beat ‘soon’. While there was a speculation about the diesel Beat for quite some time, General Motors India Vice-President P Balendran confirmed the news when he told the media, “We will introduce the diesel variant of ‘Beat’ soon,” during the launch of a new showroom in Chennai.

The new variant is said to be powered by a 1.0-litre 3-cylinder derivative of the 1.3-litre Multijet diesel engine from FIAT. The engine is good for 56-60PS of power and should be a lucrative proposition for the mileage conscious entry level customer. It is said that this particular engine is being locally developed by the Indian arm of FIAT Powertrain Technologies (FPT) for Chevrolet India. The engine could later make its way into the 2011 Spark (European name for the Beat) in the global market. Expect the diesel Beat to be launched in India by the end of this year or by early 2011. The diesel variant will demand a premium of Rs. 25,000-40,000 over the existing variants. With the Chevrolet Beat LPG also on the cards, GM India has a huge line-up of Beats to play with in the next few months. With the waiting period for the current petrol Beat being over a month, we expect the frugal LPG and diesel variants to add a further backlog to the highly successful Beat in the months to come.