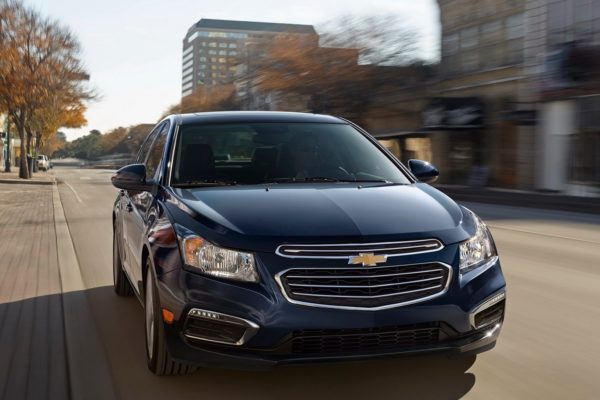 It is being said that these are the final set of updates for the current gen Cruze, introduced less than 18 months of the all-new generation model’s public debut. The new 2015 Chrvrolet Cruze facelift will have its world premiere at the fast approaching New York International Auto Show, which kickstarts with the press days on April 16. Worth a mention here is that the China spec Cruze facelift was recently spotted un-camouflaged and is expected to make its public debut at the fast approaching Beijing Motor Show 2014. CLICK HERE for having a look at the China spec Cruze facelift.

The North Americal bound 2015 Cruze has milder exterior revisions, with most of them taking inspiration from the all-new Impala and 2014 Malibu sedans. The changes include a new ‘dual-port’ front grille with chrome surrounds and a revised front bumper that features LED daytime running lamps (only on LT and LTZ trim levels) 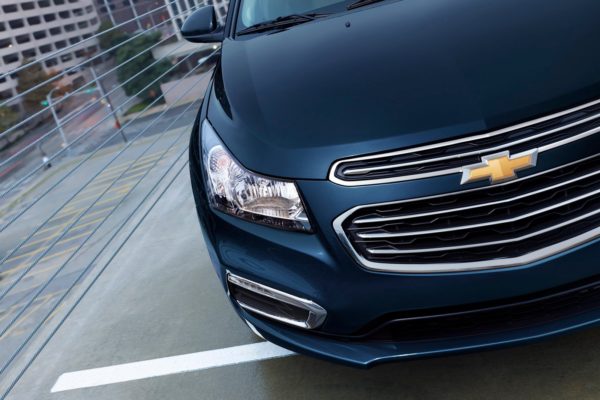 GM hasn’t yet released pics of the interiors but it has announced that the updated model gets new cup holders, a new position for the boot release button and door look switches and a new infotainment system that has features like Text Message Alerts, OnStar and MyLink with natural language voice recognition and OnStar 4G LTE with built-in Wi-Fi hotspot.

The engine options are same as before, which means the car gets 138hp 1.8-liter four-pot and 138hp 1.4-liter turbocharged-four cylinder petrol engines, along with a 151hp 2.0-liter turbo diesel that has an EPA-estimated fuel economy of 46 mpg on the highway.

“We’ve simply made a great, versatile car even better,” said Steve Majoros, Chevrolet director of passenger car and crossover marketing. “Chevrolet continues to design, build and sell the most compelling small cars in its history and the 2015 Cruze offers more of the features, connectivity and efficiency that are important to today’s customers.”