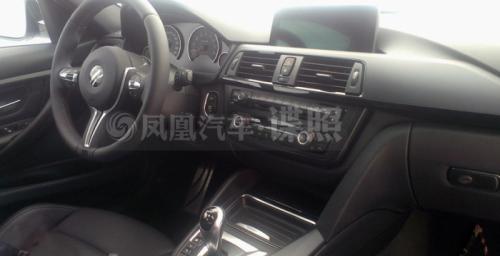 The interiors that you see in the spy pics here belong to the upcoming 2014 BMW M3 sedan. The next M3 sedan has been spotted in China and this is the first time that the interiors of the upcoming model have been caught on cam. 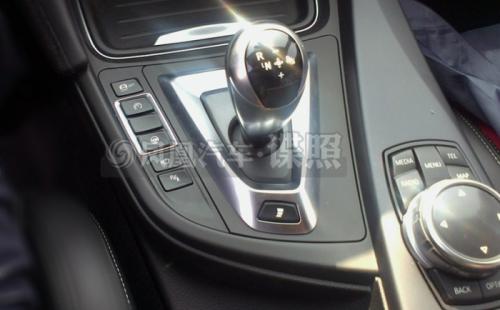 As can be seen in the pics, the car will come with leather-wrapped sport seats. Also clear is that the car would come with an M double-clutch seven-speed gearbox with launch control. Also, the car gets a floating LCD screen (seen on the top of the dashboard). While the screen will display iDrive functions, the car will also get an M head-up display.

Very much like the M4, the M3 will be powered by an in line six unit that benefits from BMW M TwinPower twin turbochargers. BMW has said that inspite of turbocharging, the engine will be a “high-revving” unit. The motor has a max power of around 430hp and has a peak torque of 500Nm. Worth mentioning is that the current M3 is powered by a naturally aspirated 4.0-liter V8 motor that has a max power of 420hp and has a peak torque of 400Nm. BMW claims that the M3’s engine has been subjected to several reliability tests and the upcoming cars have clocked a considerable mileage, doing almost a thousand laps of the Nurburgring

The new M3 and M4 are likely to debut at Detroit Motor Show in January next year.

Flip to next page for more spy pics