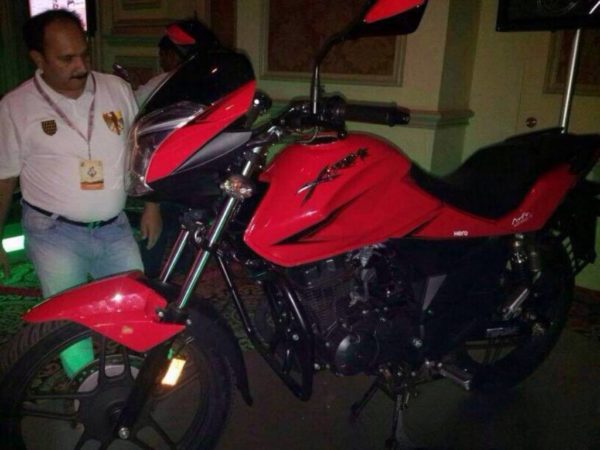 Today, we have pics and details of the upcoming Hero Xtreme facelift. It seems like the soon-to-be-launched facelift would be the most comprehensive of all the makeovers that the erstwhile CBZ-Xtreme has received till now.

The new Hero Xtreme facelift 2013 would come with a revised tank, new bikini fairing and some other new bits. The bikini fairing has lost the indicators and the bike gets new panels for the rear. The bike also gets a revised instrument console and new 3-D logos. 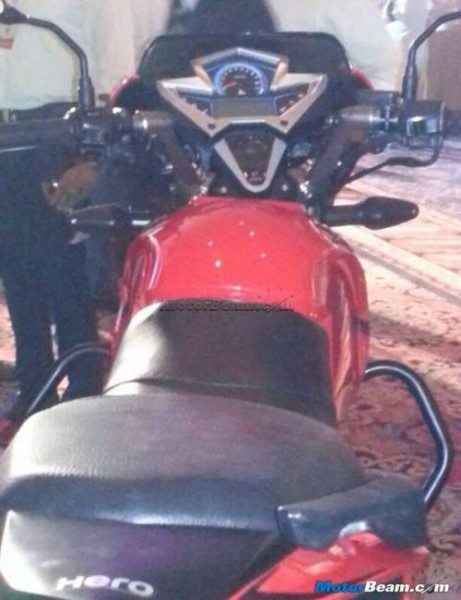 Talking about the new instrument console, it seems like the one on the Xtreme facelift would invoke memories of Star Trek in the minds of its riders. The console is finished in grey-silver and overall, it seems like the boffins at Hero MotoCorp have tried a bit too hard to make the bike look modern.

Other than these bits, the bike sports the same alloy wheels and disc brake that are found in the current model. The suspension too looks highly likely to have remain unchanged. Powering the Hero Honda Xtreme is a 150cc, single cylinder, air cooled motor that comes mated to a 5 speed manual transmission. The engine currently has a max power output of 14.4 bhp and peak torque of 12.2 Nm . However, the Xtreme facelift could get slightly more power.

Stay tuned to Motoroids for more updates on the upcoming 2013 Hero Xtereme facelift.

Do you like the new Xtreme’s speedo console? Let us know by commenting below.