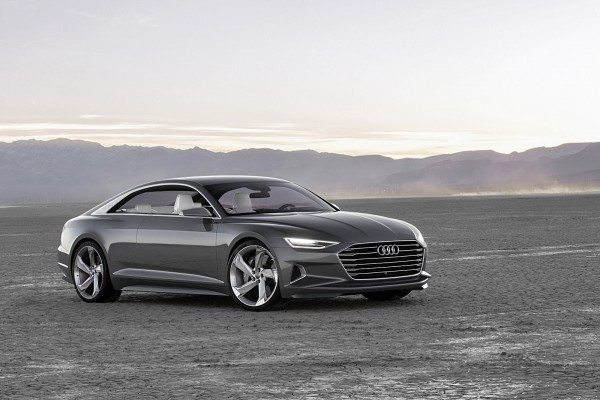 The Audi Prologue Piloted Driving Concept made its debut at the 2015 Consumer Electronics Show (CES) in Las Vegas this week. For CES 2015, the sublime Prologue gets a different, dark grey paint job and new set of alloy wheels on the outside, along with a black leather treatment for the upper section of the dashboard and the steering wheel on the inside, as compared to the original Prologue Concept shown in LA last November. 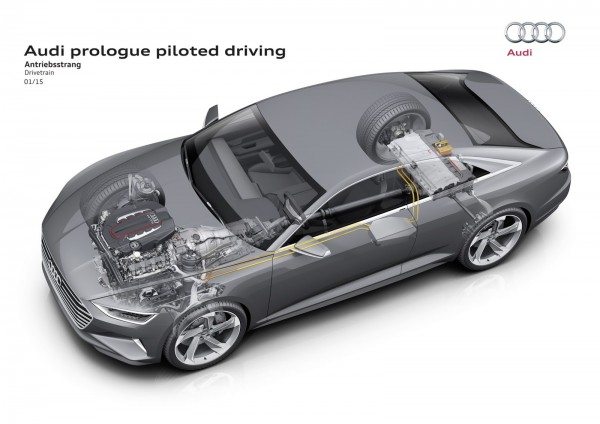 The drive-train has also been upgraded, and now goes the hybrid way, with the  4.0-liter bi-turbocharged V8 (597 hp,  750 Nm) now being aided by an electric motor that helps lift output to 668 hp of maximum power and 950 Nm of peak torque. The Prologue’s 0-100km/h time now gets slashed by 0.2 seconds to 3.5 sec, while also helping drop CO2 emissions from 199g/km to 185g/km. There are 20-inch carbon-ceramic brake discs to bring this leviathan to a halt. 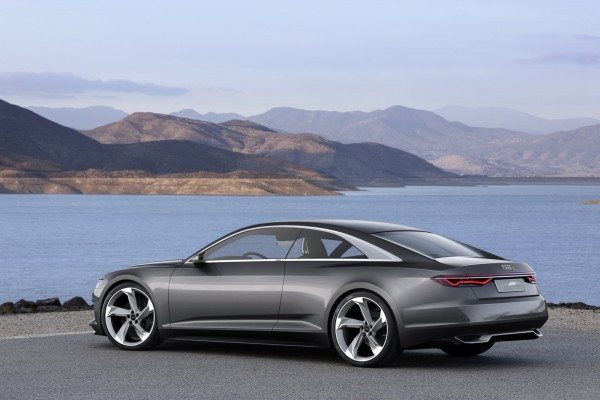 As the name suggests, the Prologue Piloted Driving Concept also gets the latest version of Audi’s autonomous driving tech that relies on a series of systems, including the central driver assistance controller (zFAS) that processes information gathered by the sensors to create a detailed impression of the car’s surroundings. 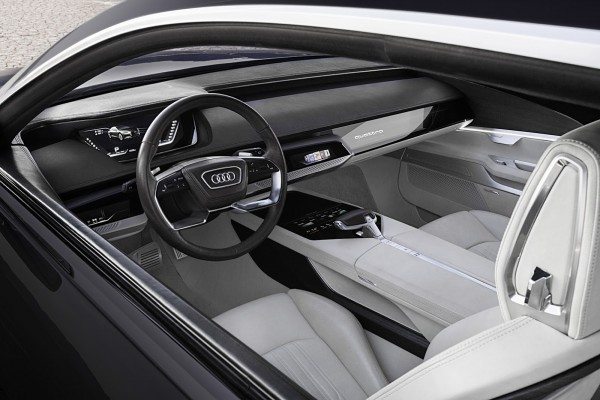 The Prologue concept will most likely adopt the Audi A9 nameplate in its production form, of course with those extreme exterior and interior design elements having been toned down suitably. Along with the A8 sedan and the A7 Sportback, the A9 coupe will sit at the top of the Audi food chain and compete with the likes of the S-Class Coupe.