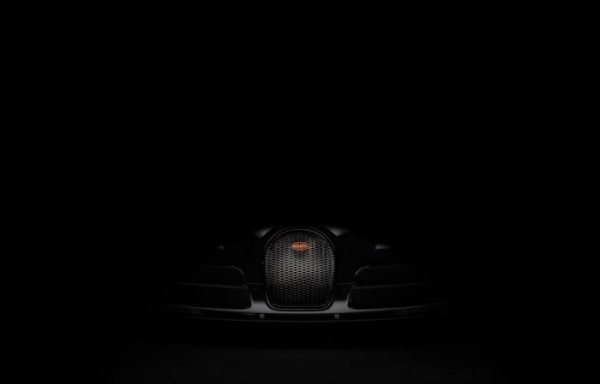 Seen here is the first teaser of the upcoming Bugatti Veyron 16.4 Grand Sport Vitesse Legend Edition, which would make its public debut at the fast approaching Frankfurt Motor Show.

The manufacturer hasn’t said much about the upcoming model what is known is that the car would become the second of the six different Legend editions the manufacturer plans to build to celebrate the “renowned names which have played a crucial role in its history.” Only three units of the upcoming Veyron variant will be ever built.

The upcoming special edition of the hypercar would be based on the Veyron Grand Sport Vitesse and could come with a color scheme inspired from that of an important model in the carmaker’s history.

Powering the upcoming Bugatti Veyron 16.4 Grand Sport Vitesse Legend Edition (try to say that in one breath!) would be the same monstrous 8.0-liter W16 engine that powers the regular Grand Sport Vitesse (if at all you can use terms like regular for a Veyron). This engine has a max power of 1,200 PS and has 1,500 Nm of torque. The car can dismiss 100kmph from standstill in merely 2.6 seconds (!!) and has a top speed of 408.84 kmph. It may be noted that the Vitesse holds the official fastest production roadster in the world record.