The only faired Pulsar in Bajaj’s stable, the RS200 too is now BS6 compliant. Bajaj showcased a slew of their motorcycles which are now BS6 compliant on their website and the RS200 is a part of it too. Now priced at Rs 1,44,966 (ex-showroom Delhi), the RS200 BS6 asks for a premium of just Rs 3,033 over its BS4 model. 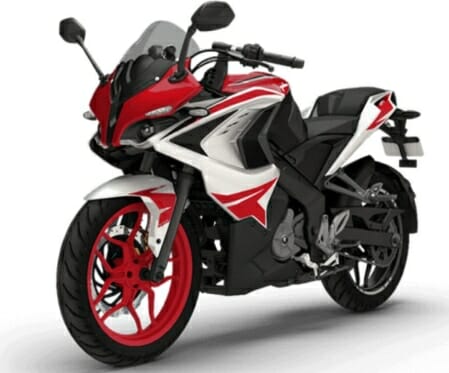 The price hike is considerably lesser as compared to the other models in their portfolio because the RS200, even in its BS4 avatar, used to have fuel injection as standard. The only change which the RS200 has gone through is the new catalytic converter which has resulted in a slight bump in weight. The Pulsar RS200 is now 2 kgs heavier than before. The performance figures are largely unchanged. It is powered by the same 199.5cc single-cylinder fuel-injected liquid-cooled DTS-i (triple spark) motor as before. Max power is still rated at 24.5PS but the 18.7Nm peak torque rating is 0.1Nm more. While the tiny bump in torque figures won’t mean that much while riding it on the road, but the increase in weight might mean that the RS200 will go just a bit slower than its BS4 counterpart.

Visually speaking, it is exactly the same as before and carries over the same busy design. The front is highlighted by twin projector headlamps while the side profile looks very busy, courtesy the fairing. The rear is exactly the same too and features the same set of tail lights since the bike was first introduced. The braking department is assisted by single-channel ABS. Reports suggest that the Dual-channel ABS version which was available before with the BS4 offering is now discontinued. Bajaj might have done it to save the extra costs. The telescopic fork and preload-adjustable monoshock continue to suspend the perimeter frame.