Bajaj has launched their updated BS6 line-up in India. Their affordable naked streetfighter NS 160 is priced at INR 1.04 lakh ex-showroom. It is the younger sibling of the popular NS 200 and faces competition from the likes of Suzuki Gixxer, Honda Hornet and the Yamaha FZ. 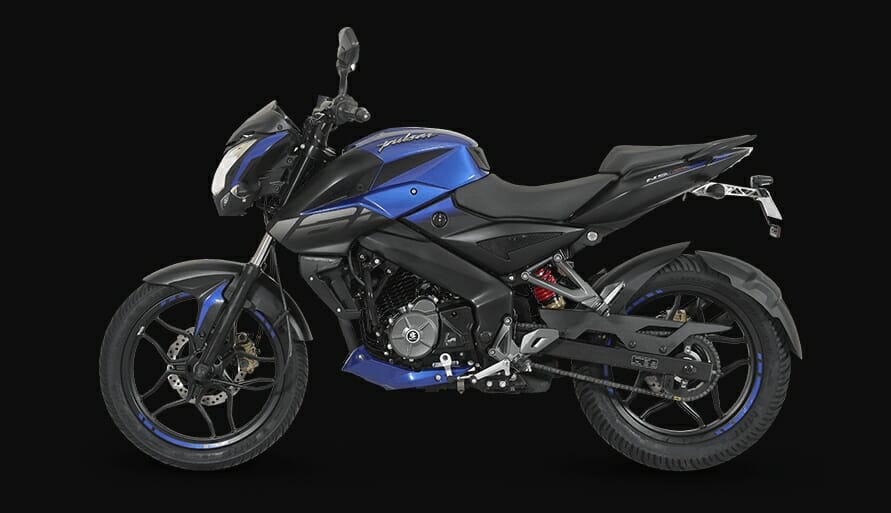 As expected, the price of the NS 160 has gone up considerably compared to its BS4 predecessor. It’s now INR 10,457 more expensive than the outgoing BS4 model. Visually speaking, nothing has changed as it follows the same design philosophy of the NS 200 which is not a bad thing at all because the NS 160 still comes out as a sporty and muscular proposition. It retains the same semi-digital instrument cluster, muscular fuel tank, split seats, split rear grab rail, engine cowl, alloy wheels, aggressive halogen headlight, clip-on handlebars and backlit switchgear.

The engine has gone under an overhaul though. It is powered by a revised 160.3 cc single-cylinder, oil-cooled, Twin Spark engine. To make it BS6 compliant, Bajaj has introduced FI into the mix and it is bound to make the riding experience a bit smoother than before while at the same time, making the throttle response crisper. While other motorcycles usually experience a drop in power after being BS6 compliant, same is not the case with the Bajaj Pulsar NS 160. This engine produces 17.2 PS of maximum power at 9,000 rpm and 14.6 Nm of peak torque at 7,250 rpm, mated to a 6-Speed gearbox. The BS4 version of the NS 160 produced 15.5 PS of power at 8,500 rpm and the same amount of torque (but at 6,500 rpm). It was paired with a 6-speed transmission too.

Apart from the changes mentioned above, nothing has changed mechanically or visually. It still uses the same cycle parts as the BS4 NS 160. The colour options are also the same – Fossil Grey, Wild Red and Saffire Blue. With the considerable bump in power, the NS 160 now makes a stronger case for itself in the performance commuter segment because almost all its rivals have seen a drop in performance figures after being BS6 compliant.