Bajaj has launched the BS6 compliant Pulsar 220F in India and priced it at INR 1.17 Lakh, ex-showroom. The Pulsar 220F is present in the Indian market since a very long time and hasn’t been upgraded thoroughly since the time it was launched. It gained a cult following when it was first introduced to the Indian masses christened as the ‘World’s Fastest Indian’. The folks over at Bajaj haven’t fiddled with the recipe because it still churns out respectable numbers for the brand. 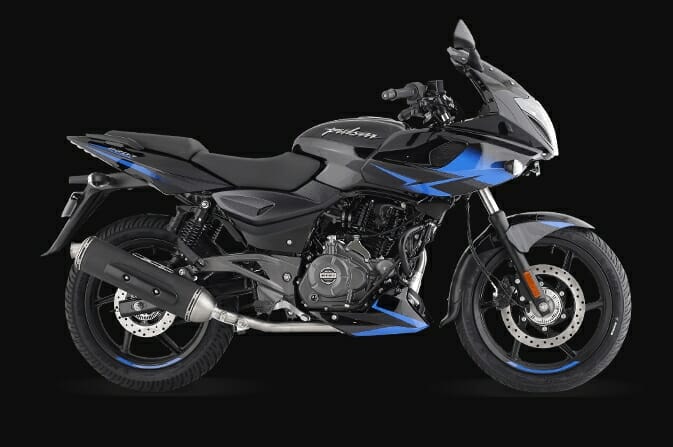 Even in the BS6 guise, Pulsar 220F hasn’t received any major changes. The only prominent one being the addition of Fuel injection. Bajaj Auto has replaced the carburettor of the oil-cooled engine with a fuel-injection system. The company has also fitted a revised catalytic converter. All these changes help the Pulsar 220F in being BS6 compliant. As we have seen in the past that several motorcycles have received a power drop in order to make them BS6 compliant, the Pulsar 220F is no different in this regard. In its BS6 state of tune, this mill produces 20.4 PS of maximum power which is 0.5 PS lesser. The peak torque output is the same – 18.55 Nm. Like the BS4 bike, the BS6 bike has a 5-speed transmission.

Visually though, it’s still the same. We have used this phrase so often while talking about the Pulsar 220F. It continues with the same set of features like projector headlamps, semi-fairing with laser edge graphics, 3D ‘Pulsar’ logo on the 15-litre fuel tank, split seats, engine cowl, blacked-out engine, bulky exhaust, dual-LED taillights, semi-digital instrument cluster, etc. have been carried forward. The BS6 iteration of the Bajaj Pulsar 220F is around INR 9,000 more expensive than its BS4 counterpart.