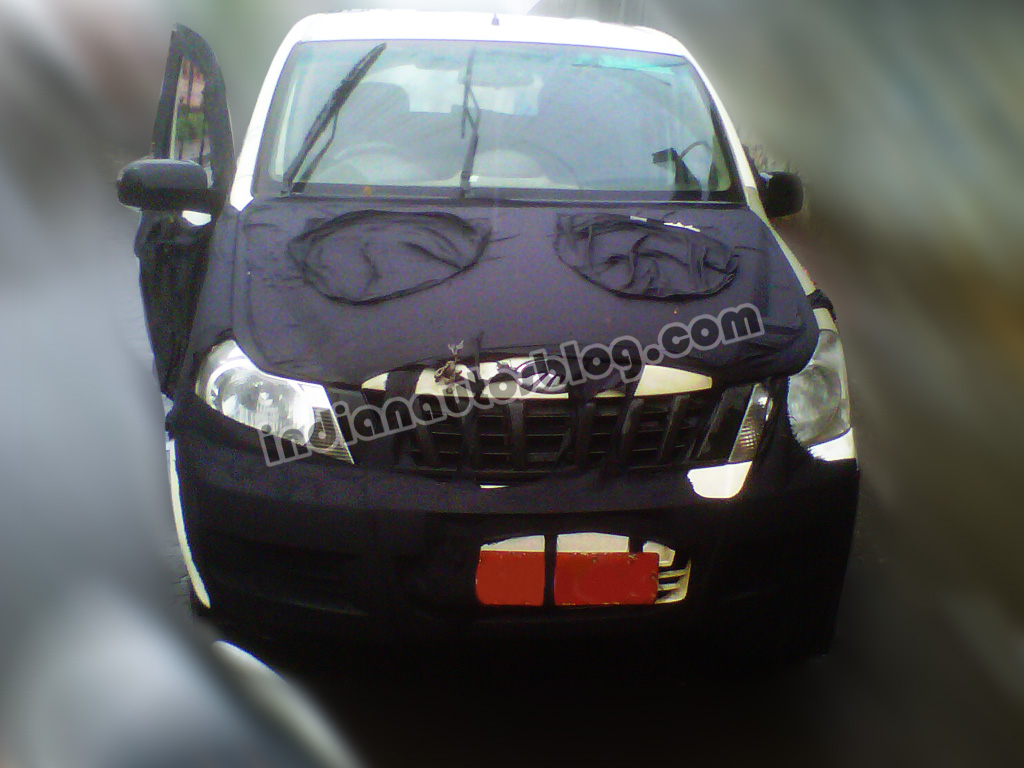 Mahindra has been in news recently for its W201 World SUV which is highly anticipated and is expected to be launched in the festive season. Apart from the W201 Mahindra is also working on the Mini Xylo which has been spied numerously inside out. Today we have got hold of the almost production ready interior snaps of the Mini Xylo, courtesy our friends at Indianautosblog.

The whole concept of a mini Xylo is new to the Indian market as we either see a hatch back with little boot space or a MPV which is bigger in size. Mahindra has tried to fuse them together to get a hatchback with has amazing boot space which also sports the built and presence of a MPV. The Mini Xlyo will sport two jump seats in the rear which will be strictly for children as they look very cramped. The basic interiors are very similar to the larger Xlyo but this one will not get roof mounted AC Vents which would have been a boon to people who sit behind. There will be a Digital Driver Assist System in the top model. There seems to be no chances of steering wheel mounted audio controls or Bluetooth.

The engine will be a smaller capacity unit producing around 70hp and 160Nm of torque. We can expect some features from its bigger brother like the rear seats may get aircraft styles trays and maybe a captain seat too. The spare tyre will be mounted onto the rear doorwhich may not make everyone happy as it obstructs rear visibility. The Mini Xylo will have 205\65\R15  tires. High end variants may get a start stop button with smart key.

Though Mahindra may decide to make some last minute changes, this is what the car would roughly look like. It will serve as a perfect city as well as weekend long trip companion. If Mahindra prices it right they surely have a winner on their hands no doubt.