It looks like snow testing has become more like snow teasing for BMW. This time the German luxury car manufacturer has taken to its social media accounts, to release a few shots of the BMW M3 Touring from its winter testing. Even though the car is covered in camouflage, it still embellishes the Swedish mountain scenery. To combine the practicality of a station wagon with the performance of a coupe; this sort of mischief can only be expected from the office of BMW. The history of the first, Touring model with the M-badge dates back to the 90s, and the brand has come a long way from that time. 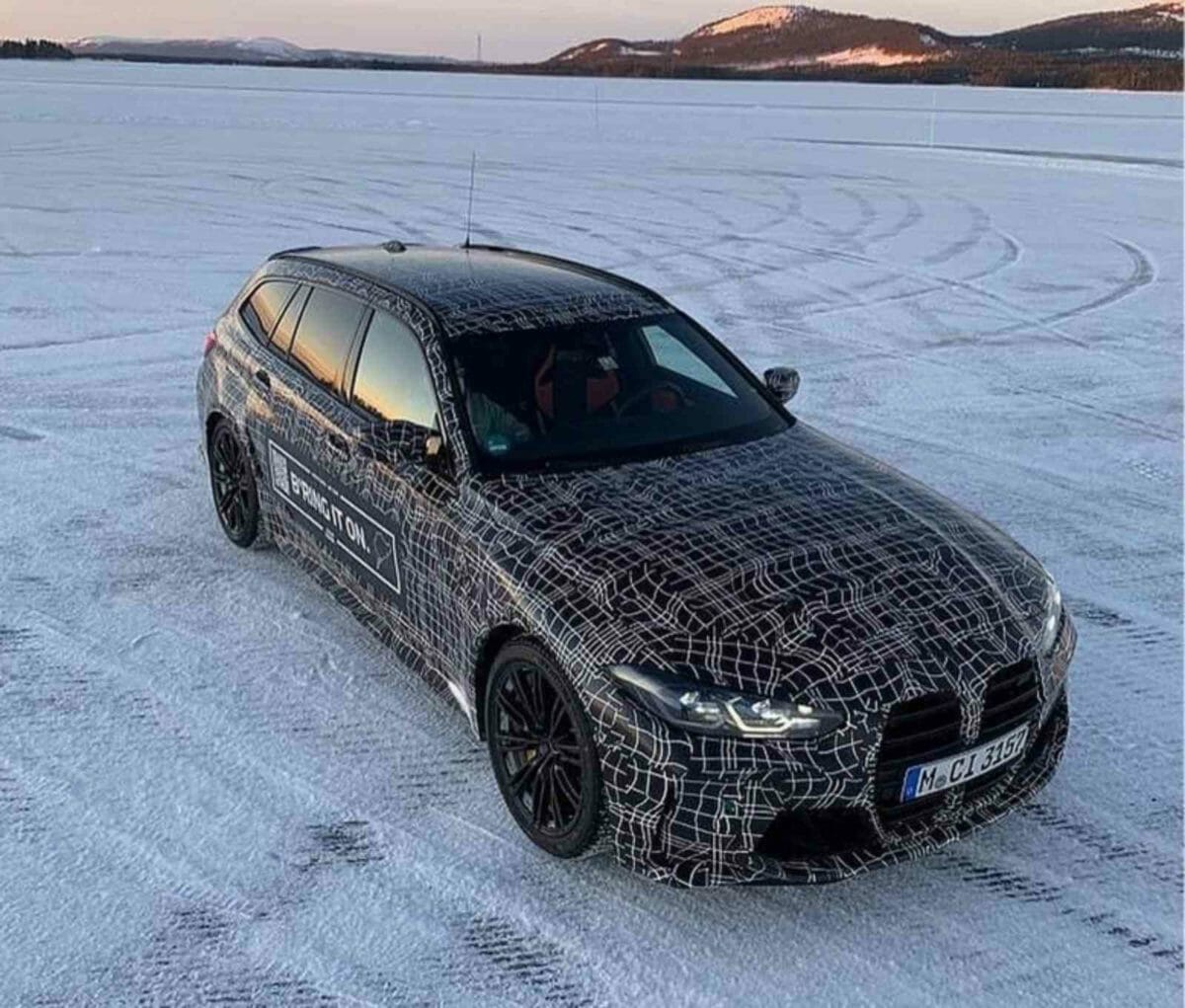 This car offers the traditional BMW looks. It gets the big vertically stretched kidney grille and the age-old twin-beam setup for the headlights. The bumper is sculpted to improve aerodynamics, and houses two air inlets on either side of the grille, to calm the under the hood beast. We also get to see side vents to cool down the brakes. The car offers a bold and aggressive look thanks to the solid character lines and the slight lift on the hood. Coming to the side, the length of this car becomes apparent. It indeed has a long wheelbase, and adding that to the low stance could make this into a good handling car.

It also gets broader shoulders, owing to the flared wheel arches which house the wide-body tires. Around the back, the car carries more bulk than the front. The taillights are L-shaped and slim out as they enter deeper into the boot lid. To bring greater stability at the rear, the car gets thick slats on the rear diffuser and the roof-mounted spoiler extends farther back. But the main highlight at the back remains the twin-dual exhausts that give the M3 Touring an extremely sporty look. Although the interiors were not showcased in the pictures, a deeper look revealed that the car gets bucket seats covered in Orange and Black leather. This makes us believe that full-bucket seats will make their way as optional on the BMW M3 Touring. 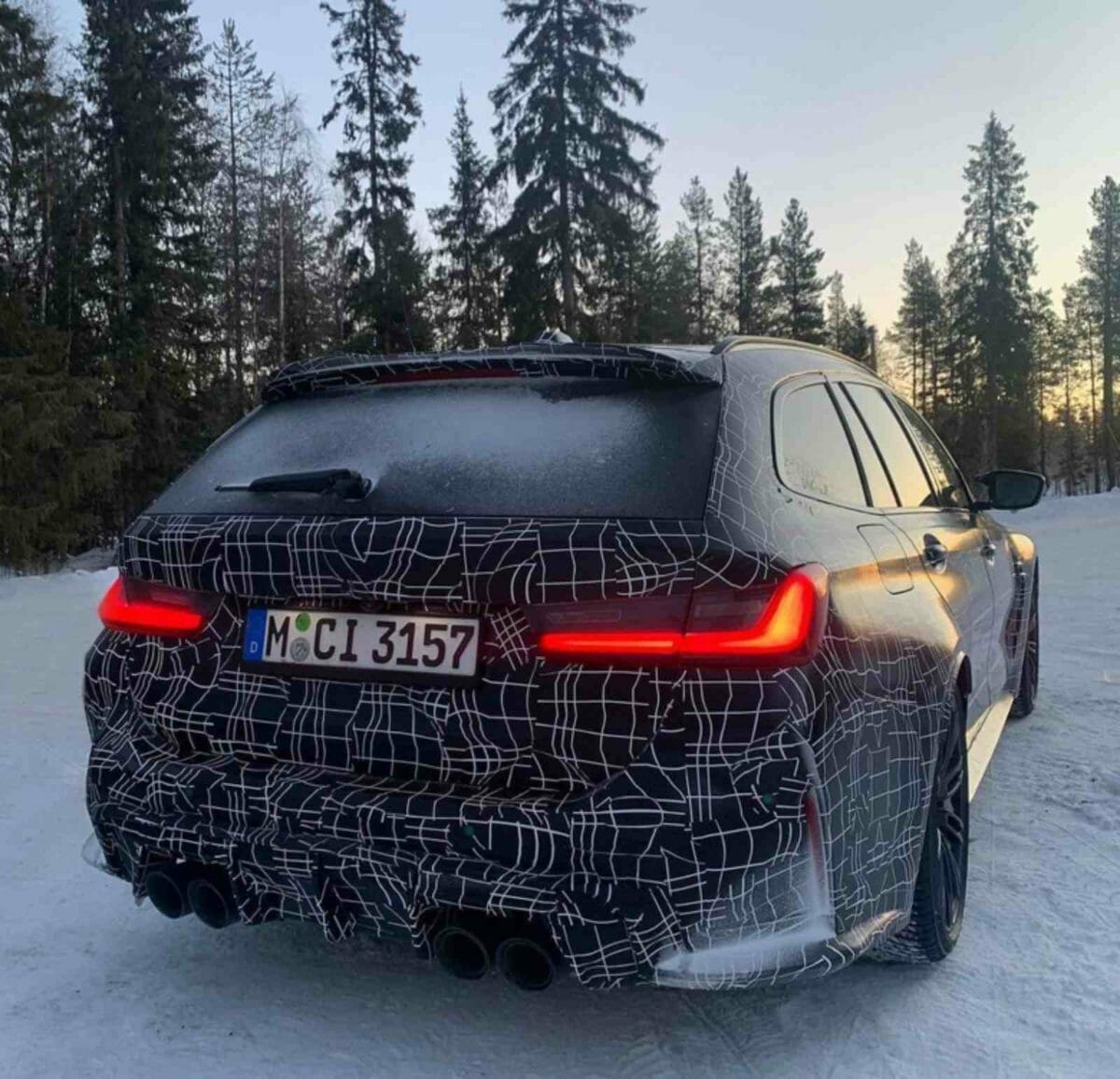 The M-badge brings with it the M-DNA. Under the hood, the M3 Touring gets a 6-Cylinder M TwinPower turbo engine. While much of the specs of this unit are kept secret, Robert Pilsl, Project Head BMW M3 Touring, said, “The first M3 Touring contains all the know-how and the technology from the current BMW M3 and M4 family. Starting with the 510 hp motor, the M specific axles, from the wide tires which are ideal for the driving dynamics to the wide-body chassis – everything that belongs in a proper BMW M3.”