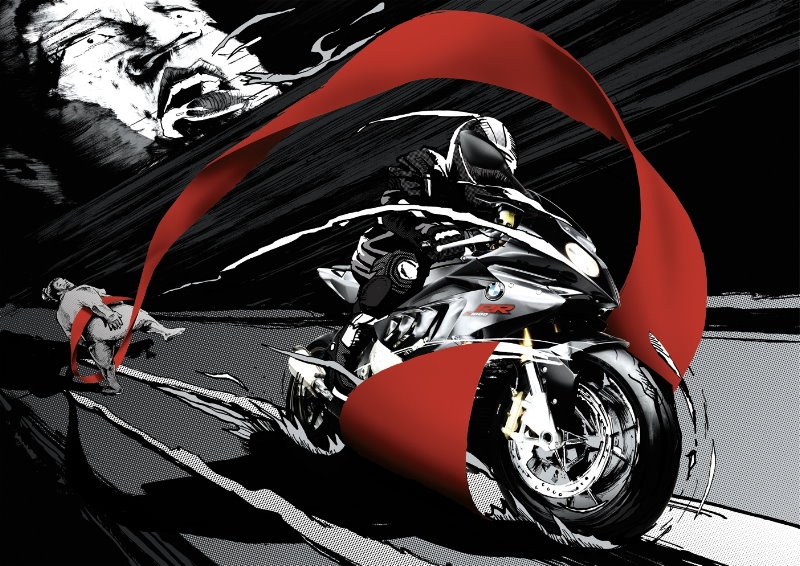 BMW is all out to step into the world of hard core- high speed litre class bikes with its S1000RR– and they are not going to do it quietly. BMW has declared a war against Japan, by commissioning a series of artwork which depicts major aggression against the Japanese. And why? BMW thinks that this artistic approach will help them to go beyond targeting just motorcycle enthusiasts and capture the untapped audiences. Hence, the Project ‘S1000RR Vs the Japan lifestyle’. 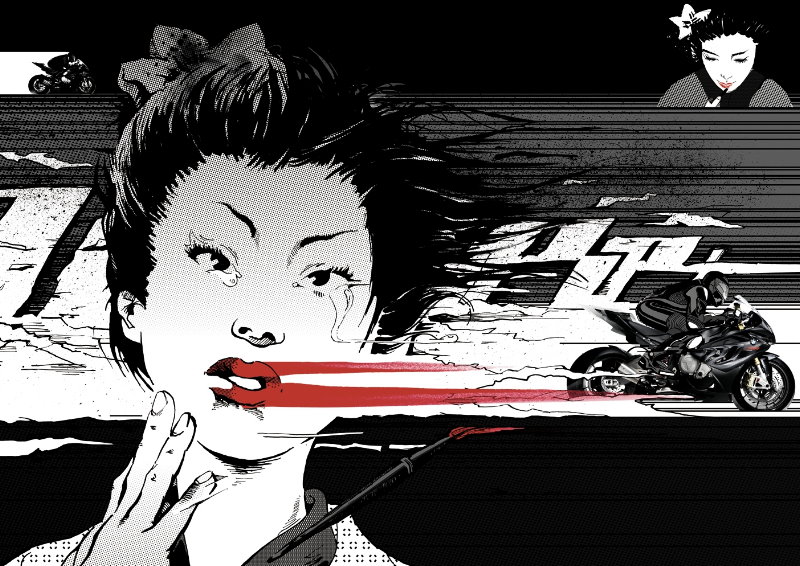 The artwork in these pictures has been created with the help of some photographers taken by Rene Neuman, which has been worked upon by illustrator Frank Grafe. ‘Japanese illustration is usually seen as either calligraphy or manga. Calligraphy is very formal, whereas manga is quite child-like and naive. We decided to use a darker style – a fusion between ancient Japanese illustration and the more recent manga technique,’ says Grafe who used the Biomega technique to get the desired artwork. ‘We wanted to avoid the typical manga style, as it wasn’t aggressive enough to portray the personality of the S1000RR. Instead, we transformed the campaign into a darker comic world, with more speed and action, with the addition of traditional Japanese elements,’ adds Gräfe. ‘To create the initial visuals, I adopted traditional methods, such as normal black ink and paper. However, to convey the futuristic feel, I used computer imaging to create a collage of my drawings,’ he says. 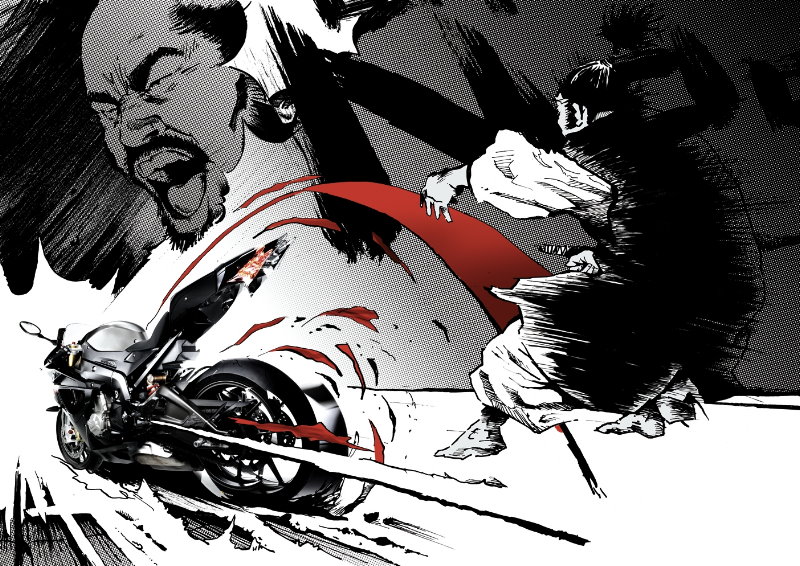 The whole going head-on with the Japanese culture sounds quite brave for BMW, but now it’s up to the S1000RR to deliver the goods. Matthias Harbeck, creative Director at Serviceplan, is heading this project for BMW.