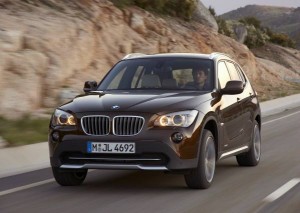 BMW has launched its cheapest model in India, the X1. The new SUV is priced between Rs 22 lakh – Rs 29.9 lakh. The new vehicle will be assembled locally in India at BMW’s plant in Chennai.
Bmw is offering two engine options for the X1. There is one 1.8-ltre petrol and a 2.0-litre diesel. The petrol sDrive (2WD) 18i, will be available for Rs 22 lakh. The diesel variant will have two options – X1 sDrive 20d, priced at Rs 23.9 lakh and X1 sDrive 20d Exclusive priced at Rs 29.9 lakh respectively.

Speaking on the occasion, Andreas Schaaf, BMW Indian President said “The new BMW ‘X1’ sets the benchmark by bringing together features of a sports activity vehicle with spontaneous flexibility and outstanding fuel economy,”
With the X1, BMW is planning to bring is a substantial chunk of sales from the competitors, as there is no other such vehicle in the market at this point. The net compact SUV is also expected to cannibalize into the sales of SUVs such as the Toyota Fortuner , Nissan X-Trail , Hyundai Santa Fe and the Mitsubishi Outlander.