Even as memories of the Delhi hit-and-run stay fresh in our minds, another shocking incident comes to light. This time, in a case of what seems to be none other than road rage, the son of a member of the Legislative Council allegedly shot dead a teenager after the latter overtook his car. The accused, Rocky Yadav, is the son of Vidhan Parishad member Manorama Devi from the JDU and alleged criminal Bindi Yadav.

In the incident that occurred at Gaya, Bihar on Saturday, the victim, identified as Aditya Sachdeva, was in a limited edition Maruti Suzuki Swift when one of his friends decided to overtake Rocky who was in his Land Rover Discovery along with his police guard. According to the friends of the deceased, the Swift overtook Rocky’s vehicle after which the accused and his body guard fired in the air to stop the car. They later allegedly punched the teen and his friends and when they tried to leave, one of them, presumably Rocky, fired at the rear windscreen car which ended up hitting Aditya. The latter was declared dead on arrival. 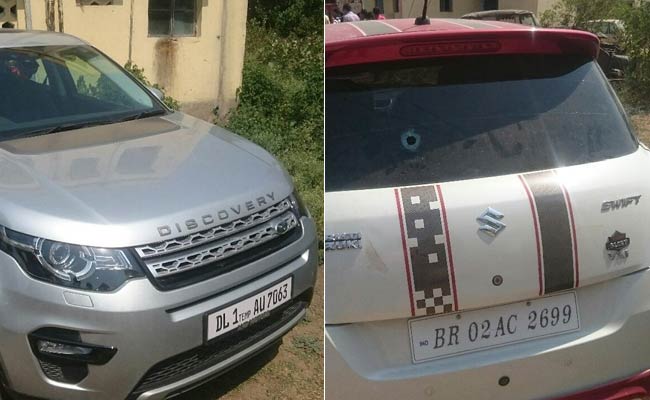 Police officials later arrested the guard and seized the alleged Land Rover Discovery that was involved in the incident. According to the father of the accused and the bodyguard, Rocky used his licensed gun in self defense as the victim and his friends were allegedly drunk as they beat him up after which he accidentally fired the shot which is said to have claimed Aditya’s life.

While the accused is now absconding, reports suggest that a special team has been formed to search for Rocky. The father of the accused, known as Bindeshwari Yadav or Bindi Yadav, who has been on the wrong side of the law on several occasions in the past, was later arrested for helping his son runaway.