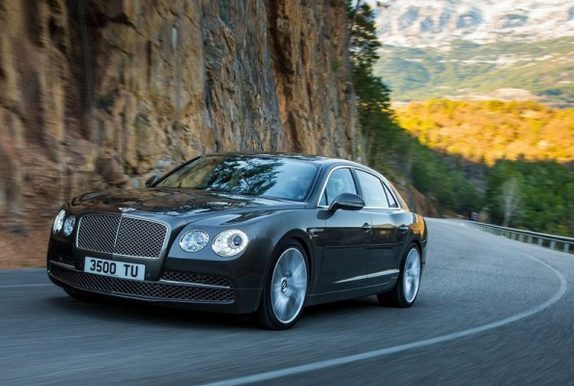 It is being said that the new Bentley Flying Spur 2014 will be launched in India on October 1. The updated Flying Spur was unveiled at the Geneva Motor Show held earlier this year and hasn’t really taken much time coming to us.

Powering the new Flying Spur is Bentley’s most powerful engine for any production car. The 6.0-liter W12 Twin turbocharged motor that powers the new car has a max power output of 616 bhp @ 6,000 rpm and a peak torque rating of 800Nm from 2,000 rpm. The engine is mated to an all new ZF 8-speed automatic gearbox that shifts between the gears in 200 milliseconds! Power is sent to all four wheels and the car can dismiss 100kmph from standstill in 4.3 seconds and has a top whack of 322kmph.