Another day and another set of spy pictures of a Benelli have emerged from its home country. The motorcycle in focus here is the Benelli TRK 502X. The production-ready bike is actually the QJMotor SRT 500 and we are almost done with the confusing nomenclature. QJ Motor is basically put into existence for launching high-end motorcycles. Almost every offering from QJ Motor will be rebadged as Benelli to go on sale in other markets, including ours.

If you remember Benelli’s take at affordable ADV-tourers, you might remember that the TRK 502 existed in two variants. The standard road-oriented one and the 502X was more off-road friendly. The motorcycle spied here, is most probably the latter because it features spoke wheels with a larger unit up front and block-pattern tyres. 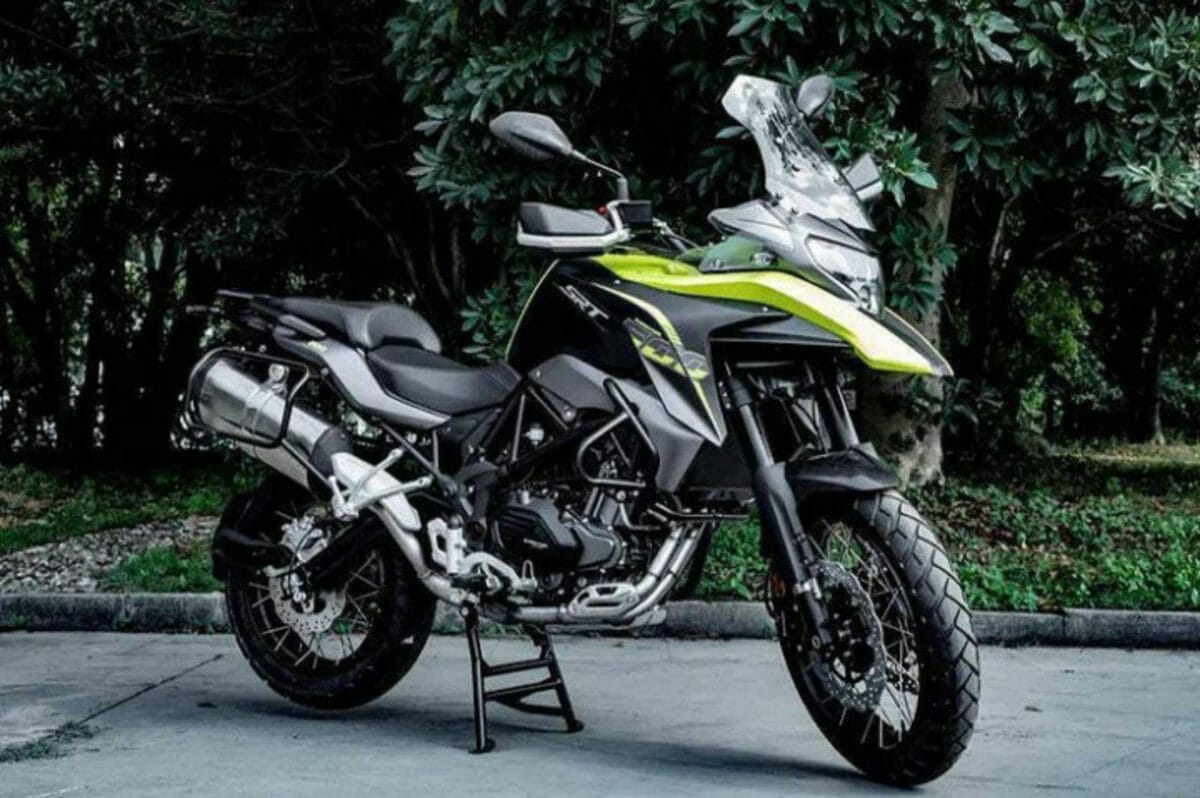 One good look at the images and you would realize that the SRT 500 seems slimmer than the TRK 502 without losing out on the bulky ADV-tourer approach. It still isn’t ‘petite’ but then again, who likes a compact ADV-tourer? When it comes to the overall design approach, it is much cleaner and understated as compared to the model it is set to replace. The bodywork of TRK 502 was very cluttered but that isn’t the case with the SRT 500. The front beak is retained but now sports a sleeker design.

Apart from updated styling, weight reduction is expected too and we just hope that it turns out to be true. One of the major things which brought down the TRK 502 was its hefty weight. If SRT 500 turns out to be lighter comparatively, it will be a bit more manageable when you take the trails. Some revisions to the engine are expected too. It would be interesting to see how QJ Motor tunes the engine on the SRT 500. 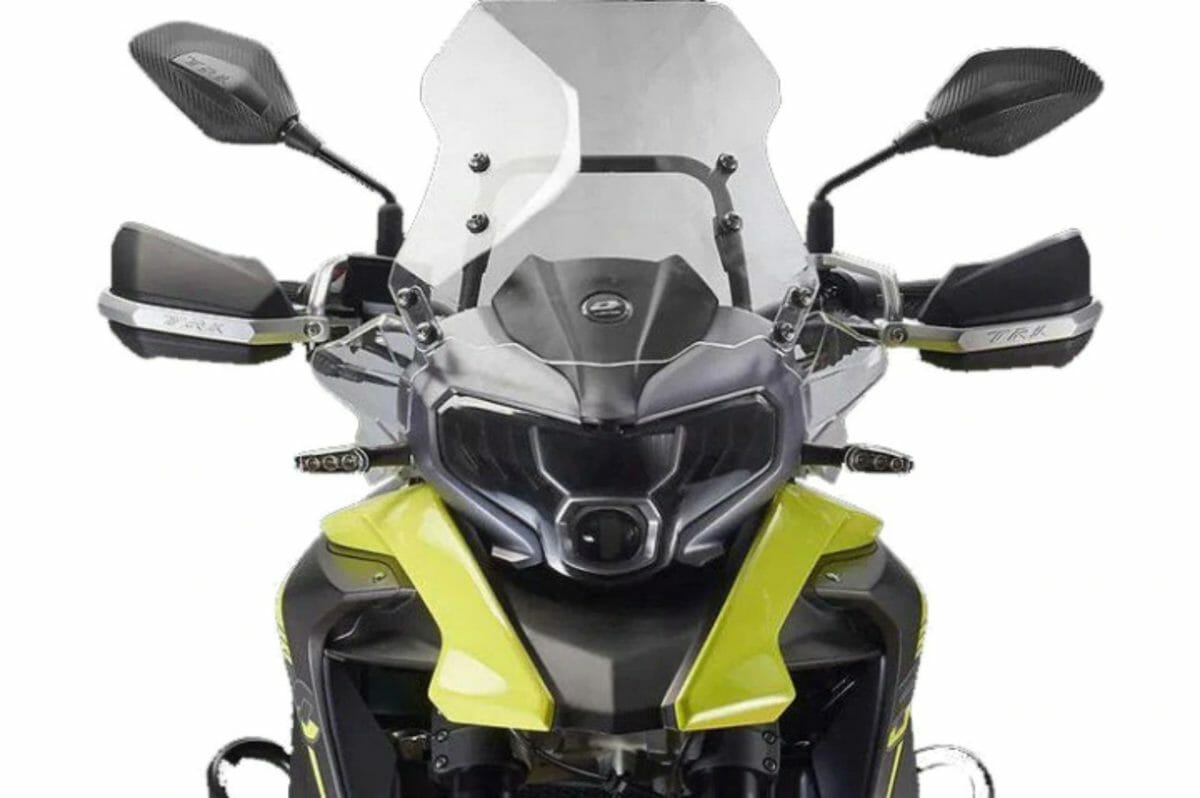 The front end of the motorcycle is revealed in all its glory too and features an all-LED lighting system with a projector unit in the headlamp cluster. The handguards are braced aluminium units so as to prevent your precious hands and the levers while you are tackling this behemoth off the road. In order to ensure effortless touring, it features a tall windscreen, well-cushioned split-seat setup along with saddle stays at the rear. The spied motorcycle also comes with a proper centre stand for better practicality.

Coming to the powertrain now, it will retain the same 500cc parallel-twin liquid-cooled engine albeit in a different state of tune. The BS6-compliant powerplant will most likely produce 49PS compared to the 47.5PS output in the BS4-compliant version. the SRT 500 is expected to come with three different variants. One of them will be a road-oriented version which will come with a set of alloy wheels, suspension setup sourced from Marzocchi and a new aluminium swingarm.

Also read: Benelli Lines Up Nearly Half A Dozen Bikes For India Launch

Chances are, it will come with two different off-road biased variants. Both of them will come with wire-spoked wheels but will probably feature different suspension and braking setup. The higher-spec variant might feature braking setup sourced from Brembo while the other might have to do with J.Juan units. Expect Benelli to bring in the TRK 502 twins to our shores sometime next year.