The world is taking big steps towards electrifying mobility but a lot depends on how battery technology evolves over time. As batteries will be at the core of this transformation, for electric mobility to replace ICE-powered technology fully, power sources will have to be smaller, lighter, greener, last longer, pack more energy than ever and recharge in quick time.

Researchers at IIT Madras have been working in this area and have made significant advances in developing alternatives to conventional Li-ion and Lead-acid batteries for industrial usage. How is this related to mobility? Well, any new technology does filter down to related areas, once it’s proven in a certain application. 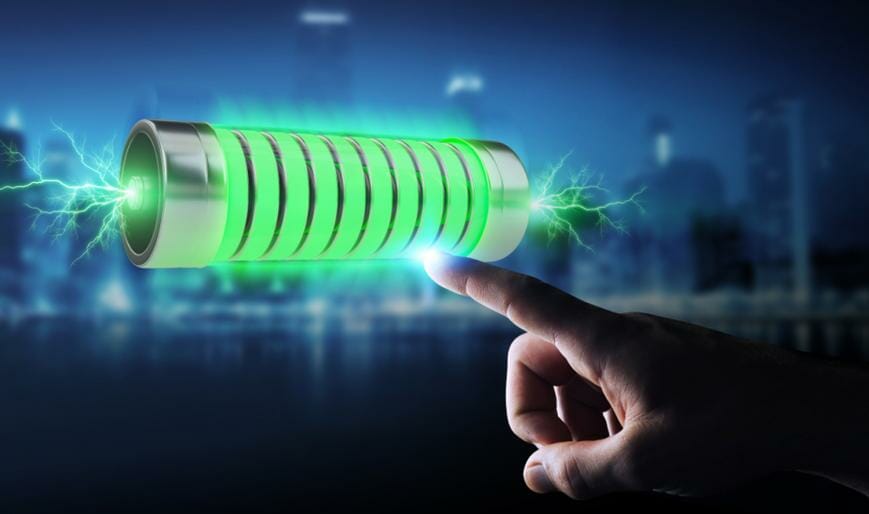 The researchers at the Indian Institute of Technology in Chennai are probably the first Indian team to design, fabricate & execute indigenous kW-scale ‘Vanadium Redox Flow Battery’ stacks for application in energy storage, which can be integrated into solar and wind energy. Such advances are crucial as India is aiming to achieve 40 per cent of its total electricity generation from non-fossil fuel sources such as solar and wind by the year 2030. The IIT Madras Researchers have already filed two patents and presented this in numerous national and international conferences besides publishing research papers in reputed peer-reviewed journals.

A redox flow battery is an electrochemical system like a normal lead-acid or lithium-ion battery and works based on redox electrochemical reactions occurring at the anode and the cathode. As a secondary battery, it can reverse these reactions so that it is able to do both, charge and discharge reactions, thus converting electrical energy into chemical energy and vice versa.  The distinguishing feature of a flow battery is that most of the energy is stored outside the battery stack in liquid form so that the dissolved active species can be pumped into the stack whenever storage or discharge of stored energy is required.

Highlighting the importance of this research, Prof. Sreenivas Jayanti, Department of Chemical Engineering, IIT Madras, said, “Our Research Team at IIT Madras is probably the first team in India to design, fabricate and execute indigenous kW-scale vanadium redox flow battery for application in energy storage, which can be integrated into renewable sources such as solar and wind energy.”

Prof. Sreenivas Jayanti added, “We have developed operating protocols and design criteria for flow battery stack of power rating up to 10 kW using the prototype of a practical size that can be directly employed in industrial-scale stacks for grid-level storage.”

This Project has been supported by grants from the Ministry of Education and Department of Science and Technology (DST), Government of India and involved researchers from the Departments of Chemical Engineering, Chemistry, Electrical Engineering and the Central Electronics Centre of IIT Madras.

Elaborating on the technical aspects, Dr Ravendra Gundlapalli, PhD Scholar, Department of Chemical Engineering, IIT Madras, said, “Typical life of a solid-state battery is three to five years; vanadium flow batteries are commercially available with a warranty of 15 to 20 years. From a fire safety point of view, vanadium flow batteries are extremely safe as the electrolytes are not combustible and thermal runaway possibilities are practically nil. The major distinguishing characteristic of flow batteries from conventional solid-state batteries (like Li-ion and Lead-acid) is the independent rating of power and energy levels. In solid-state batteries, the power and energy levels are dependent on each other and these levels cannot be changed once the battery is fabricated.”

There are important advantageous characteristics of flow batteries. As the active species are in a liquid state and stored outside the battery, the energy can be stored indefinitely. The number of times the electrolyte can be charged or discharged is also very high (>10000 cycles). Also, there is no danger if the battery is completely drained. Thus, more percentage of energy storage capacity can be withdrawn effectively than what is possible with popular solid-state batteries.

With an increase in the share of renewable energy sources in the world’s energy production, there is a need for large-scale energy storage for both on-grid and off-grid applications to accommodate the natural variation of renewable energy sources.  In a ‘flow battery,’ energy is stored externally in chemical form, i.e., in the form of active species dissolved in the electrolyte, in large tanks. Power of a battery stack depends on the number of cells in it and its energy storage capacity depends on the volume of electrolyte stored in the reservoirs. The storage capacity can be easily increased by increasing the volume of the electrolyte in the reservoirs or by adding new reservoirs while maintaining the same number of stacks.

Similarly, if the power rating needs to be increased, more stacks can be connected to the same reservoirs. Energy storage is an essential part of the renewable energy generation in order to handle several issues such as load levelling, peak shaving and back-up systems, among others. ‘Flow batteries’ have shown promising results across the world as an alternative battery energy storage system to Lithium-Ion based systems to meet large-scale and long-life operations with zero carbon emissions and zero possibility of the thermal runaway.