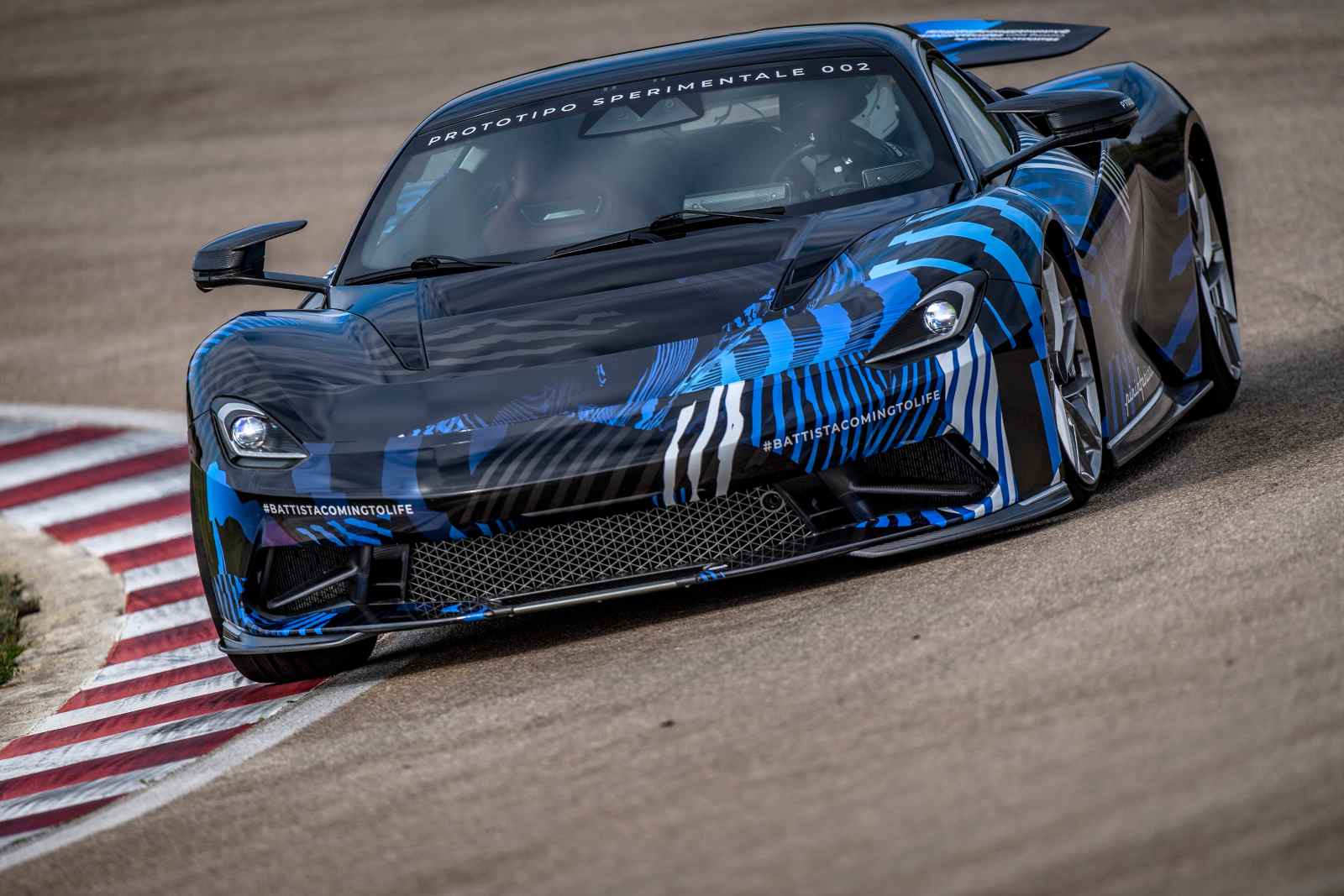 Automobili Pininfarina is an Italian automotive design firm and has been instrumental in designing some of the world’s most iconic cars. But that is set to change because the company has now begun testing its limited-edition electric hypercar named Battista. One good look at this limited-edition machine makes it one of those rare all-electric cars where the design lures you into the thought of wanting to get behind the wheel. The Battista boasts of some mind-numbing numbers.

It is powered by a 120 kWh lithium battery which drives four individual motors at each wheel, there’s 1900 Hp of power and 2,300 Nm of torque to play with. 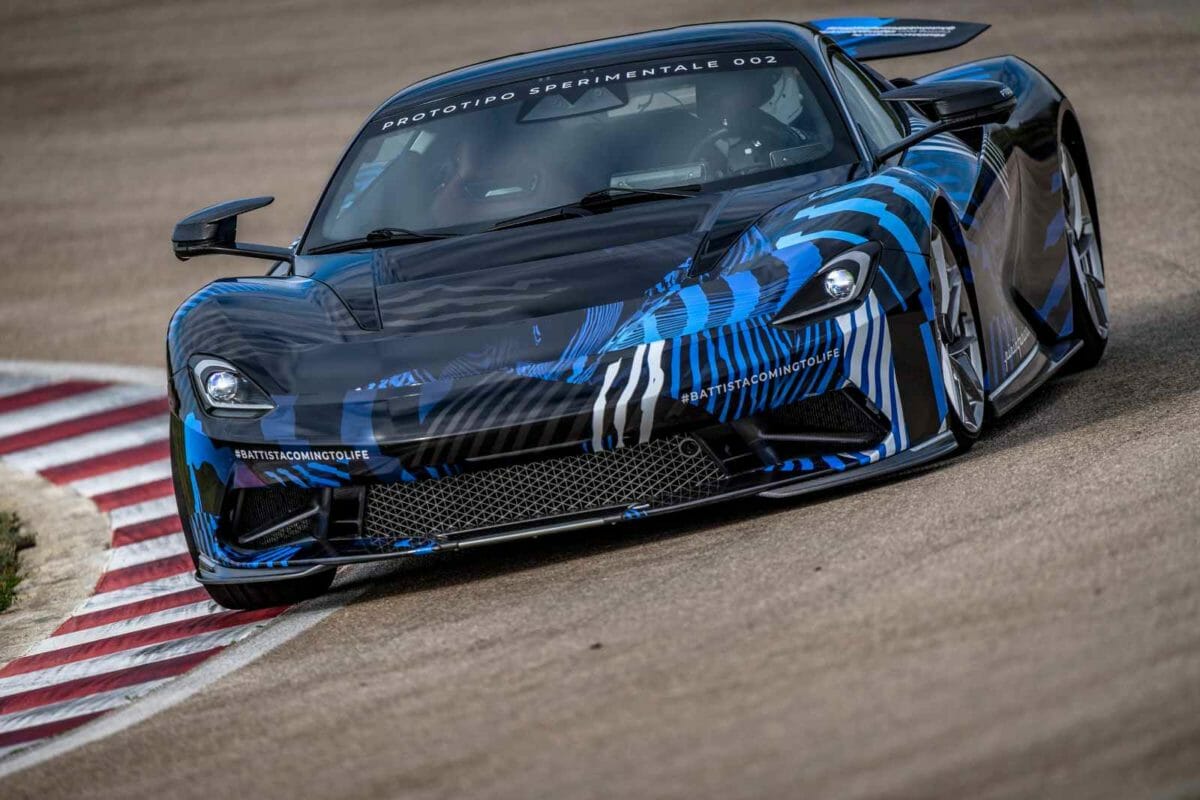 Managing power intelligently is a torque vectoring system and five driving modes, making the Battista break through the 0 – 100 kph time in under 2 seconds! It can break the magical 300 kph mark in less than 12 seconds and the batteries are good for 450 kilometres before they need a refill of current. Capable of hitting a top whack of more than 350 km/h, the Battista puts its electric power on the ground via Pirelli P Zero tyres wrapped around 21-inch alloys. Brembo-sourced carbon-ceramic, 6-piston carbon-ceramic brakes provide ample braking force to shed speed.

Legendary racer and Automobili Pininfarina Test and Development Driver Nick Heidfeld has taken the new Battista hyper GT on track for the first time as part of the ongoing prototype development at the Nardò Technical Center in Italy. Heidfeld has played a key role in the development of Battista from the inception of the project. 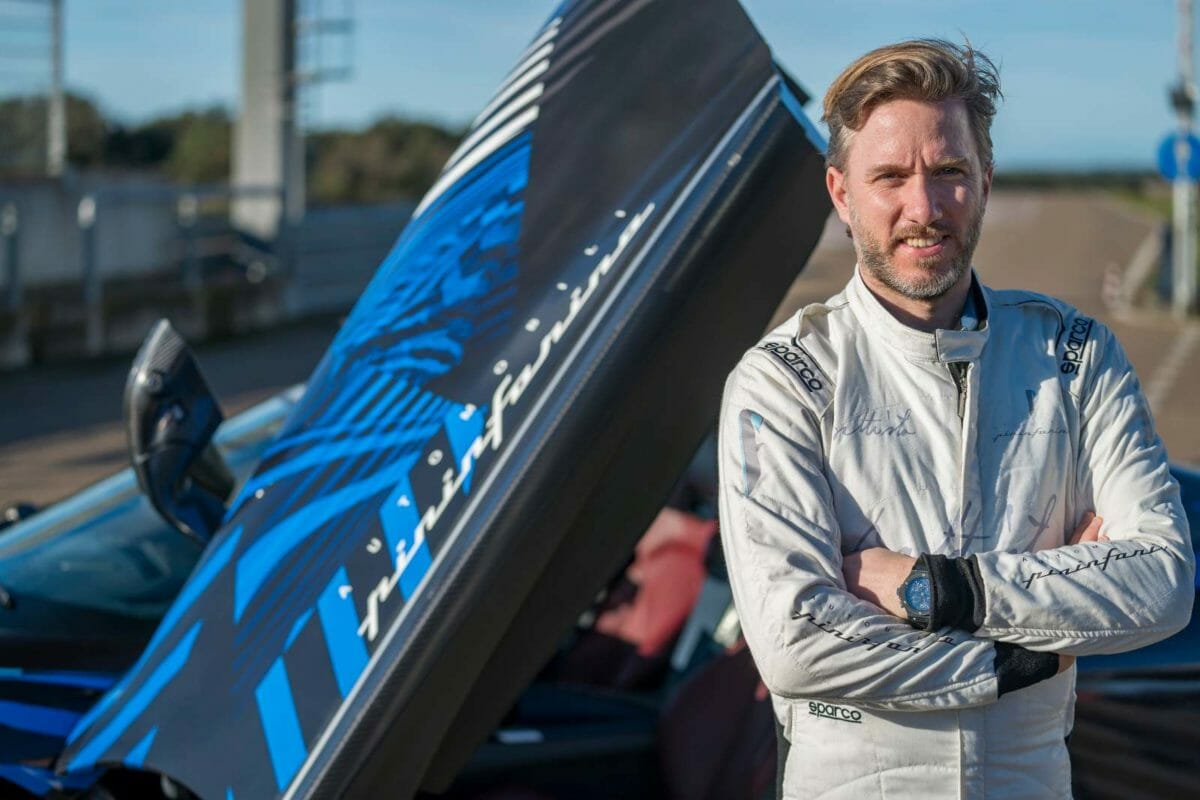 In 2019 he joined Automobili Pininfarina designers and engineers to provide ergonomics feedback on a physical – rather than virtual – prototype for the first time. Soon after, Nick was in the seat of an advanced dynamic simulator in Italy, with the brief to support dynamic set-up of the 1,900 PS, all-wheel-drive electric hyper GT. His unparalleled knowledge and more than 25 years of experience in high-performance motorsport continue to support refinement of Battista’s bespoke chassis settings and software calibration, ahead of the hyper GT entering production in Italy in the summer of 2021. 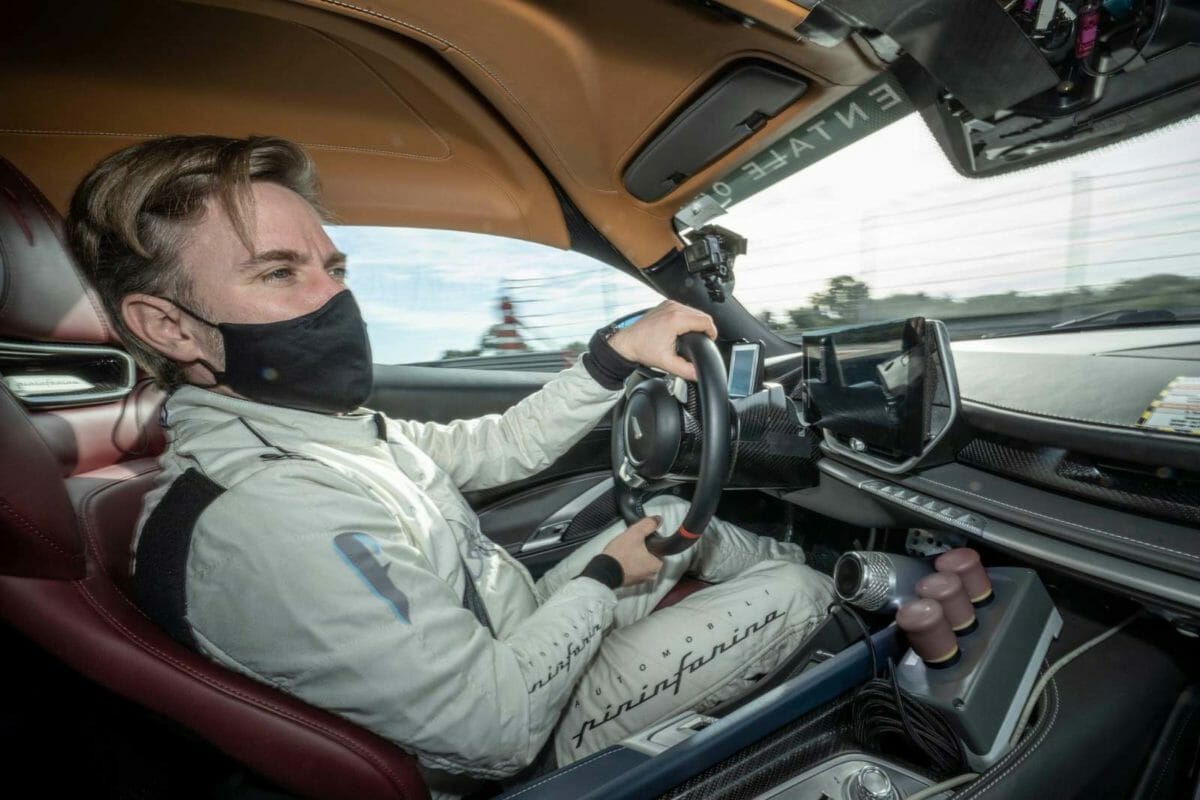 Nick Heidfeld said, “What really surprised me was how natural the Battista feels on the track. We are creating a hyper GT to be enjoyed at all speeds, yet here in Nardò the cornering control and speed we achieved were exceptional. Minimal traction control and torque vectoring are active at this stage of prototype development, yet there is so much grip to exploit. I have to say, that very honestly, driving the Battista prototype far exceeded my expectations. It’s like nothing I have experienced ever before. I can’t wait to try the Battista away from the track, chasing corners on mountain roads.” 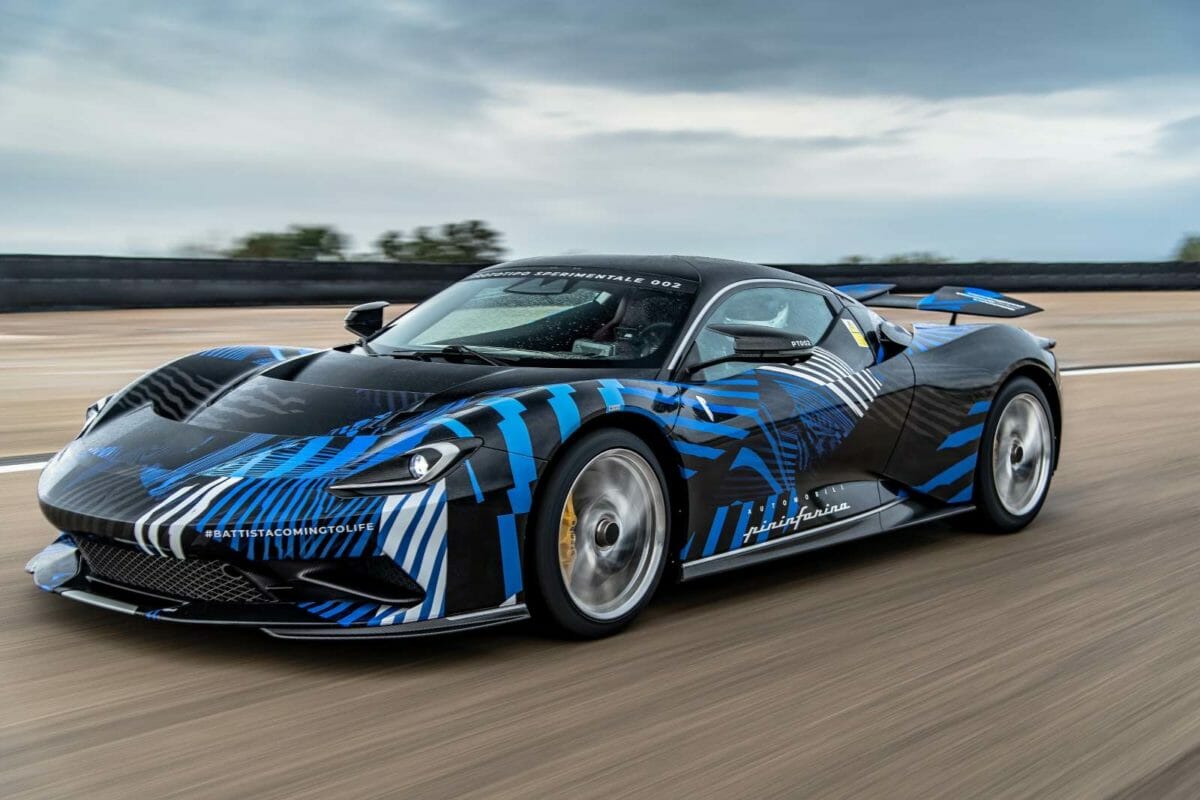 It is worth noting that only 150 units of Battista will be made in the world, each with a price tag of around €2.2 million (₹19.29 crore). The company also unveiled the Battista Anniversario model last year which costs €2.6 million (₹22.8 crore) and will have a very limited run with only 5 units. 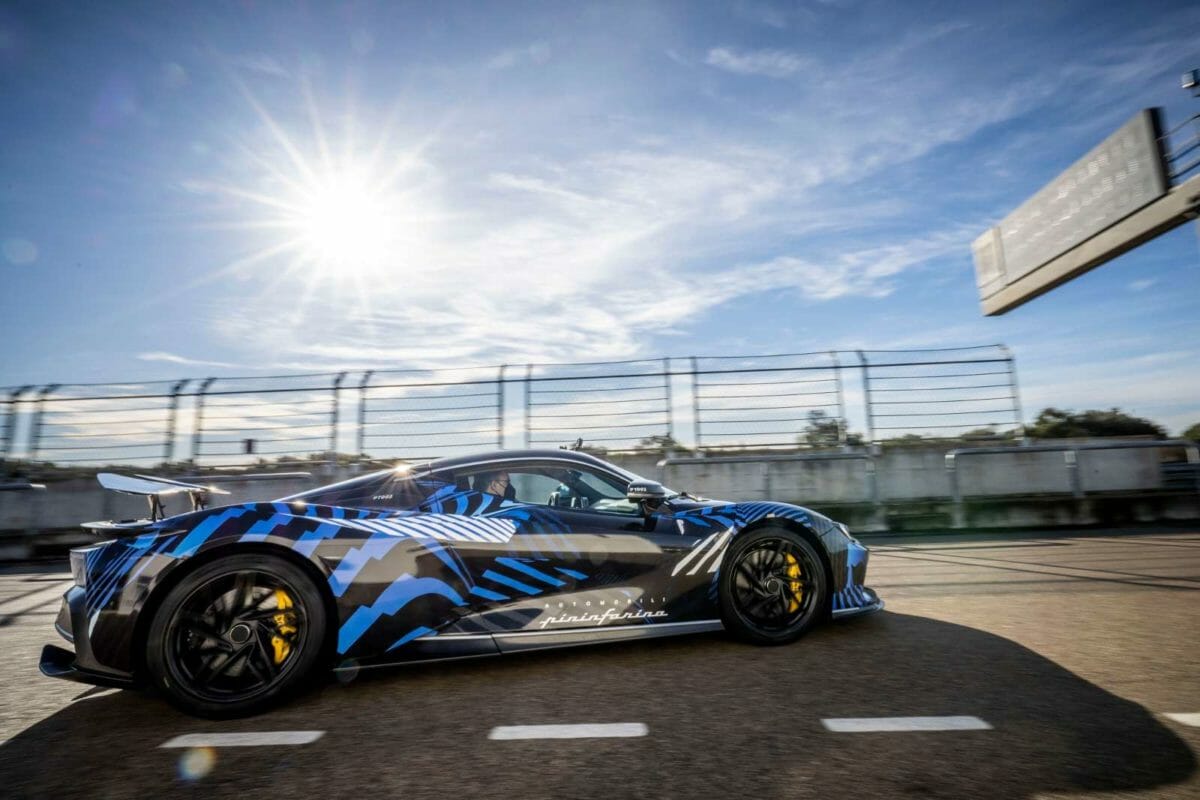