Home Auto and Motor Shows Auto Expo 2018: Upcoming Scooters To Watch Out For

The 2018 Auto Expo will witness the unveiling of some interesting products, some of which would eventually make it to the Indian market. We’ve been extensively covering the list of products that’d hit the floor at the 2018 Auto Expo and you can check out all the related posts here. In this post, we’d talk about the upcoming scooters that we’d see at the biennial event in NCR. 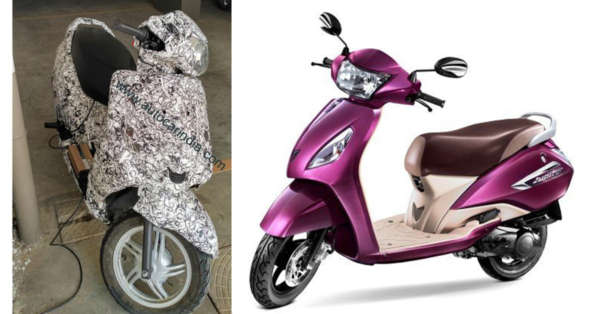 Electric is the way to the future and TVS will showcase its offering at the 2018 Auto Expo. One such test mule wearing the body of the Jupiter was caught on camera, hinting that the launch might not be far away. Details are scarce at the moment although the spy images suggested that the model could come equipped with alloy wheels, telescopic front suspension and a drum brake setup. We’d probably even see a digital display on the electric scooter. 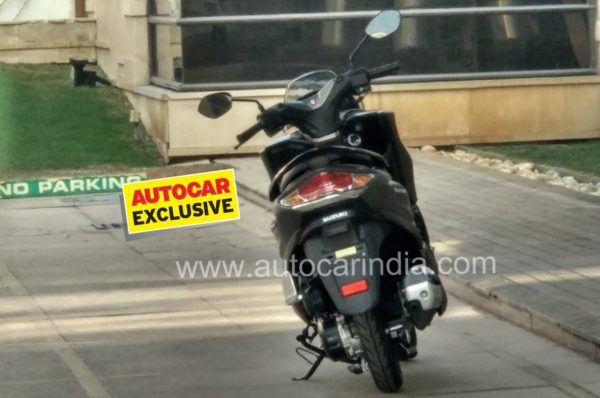 The Suzuki Burgman Street scooter was recently spotted in India which hints at a showcase at the 2018 Auto Expo. While Suzuki showcased the Burgman 650 at the 2016 Auto Expo, we may see the smaller version of the scooter at the 2018 iteration of the motoring event, and later in the Indian market. 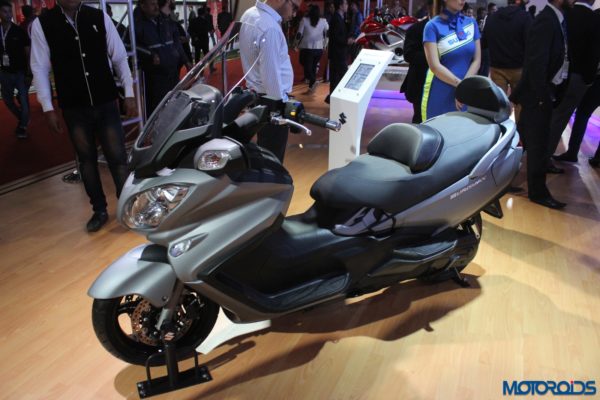 Mechanical specifications are not likely to be far different from the Suzuki’s current 125cc engine that powers the Access 125. So expect to see the same 124cc 4-stroke, single-cylinder, air cooled engine that is tuned to deliver 8.7 PS of power @ 7,000 rpm and 10.2 Nm of torque @ 5,000 rpm.

The Nozza Grande was previously spotted during test runs in India and we’re sure the scooter will most likely be seen at the Yamaha stand at the 2018 Auto Expo. The scooter, as seen in the spy video, was equipped with a telescopic fork, while alloy wheels and front disc brake are a likely to be available as optional accessories. Other features will include the headlight with regulatory DRL function, external fuel filler cap and boot light. 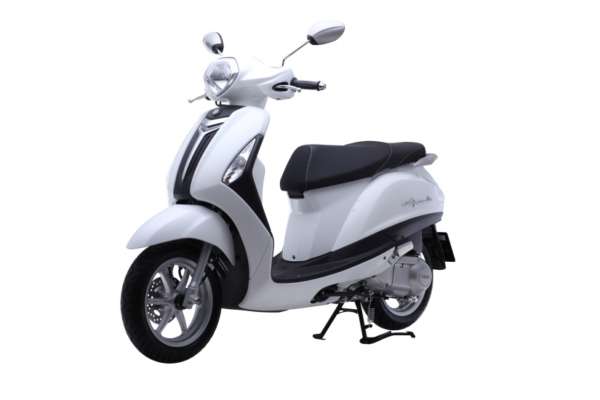 Test mule was spotted along with a Yamaha Fascino and its rivals TVS Jupiter and Honda Activa 110. So unless Yamaha wants to confuse us by testing it alongside 110cc scooters, we may see the Nozza Grande use the 113cc air-cooled, 4-stroke, SOHC, 2-valve engine to perform propelling tasks. It’s the same engine that powers the Yamaha Fascino, Cygnus Alpha and Ray Z/ZR where it is tuned to deliver 7.2PS @ 7,500 rpm and maximum torque of 8.1 N.m @ 5,000 rpm.

That being said, Yamaha may also want to participate in the 125cc segment which still has a lot of potential to clock decent sales. The Nozza Grande is already available for sale in select markets where it uses a 125cc engine.

Hero MotoCorp wouldn’t want miss out on the growing 125cc segment and we may see a new 125cc scooter from the two-wheeler manufacturer. The new scooter will most likely be the Hero Dare which made its debut at the 2014 Auto Expo in Delhi. 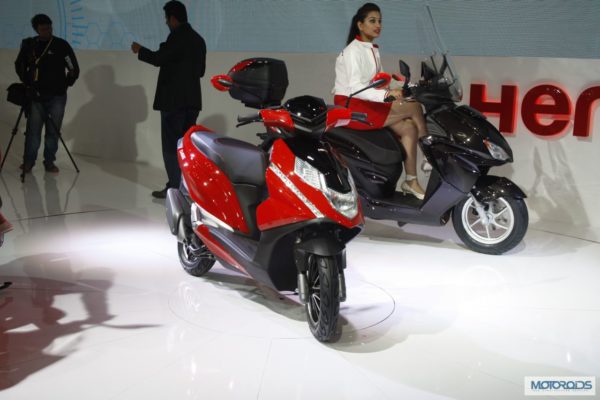 The new scooter will be feature-rich and is expected to feature retro-styling. We expect the new scooter to come equipped with Auto Headlight On feature (it can be an all LED unit), digital console, Integrated Braking System, optional alloy wheels, optional disc brake upfront, external fuel filling, telescopic front suspension, USB charging port and boot light.

Hero Dash 110cc scooter has already gone into production and thus we expect to see the production spec model to be showcased at the 2018 Auto Expo. To be positioned directly against the extremely popular Honda Activa, the Dash is powered by a 111cc, force air cooled, 4-stroke engine with 8.5PS of peak power @ 7500 rpm and 9.4 Nm of peak torque @ 5750 rpm. 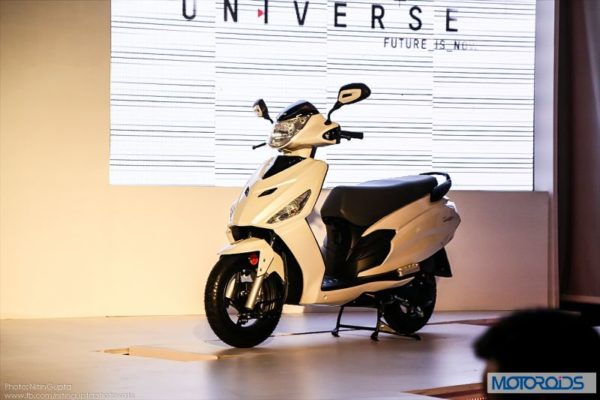 Honda 2Wheelers announced that it will be showcasing 11 products at the 2018 Auto Expo. Out of those 11 products, 10 would be the refreshed variants of Honda’s existing portfolio.

We’re sure we’d see a lot more at the expo, both in production and concept guise. We’d be bringing all the LIVE updates from the motoring event so don’t forget to tune into Motoroids.