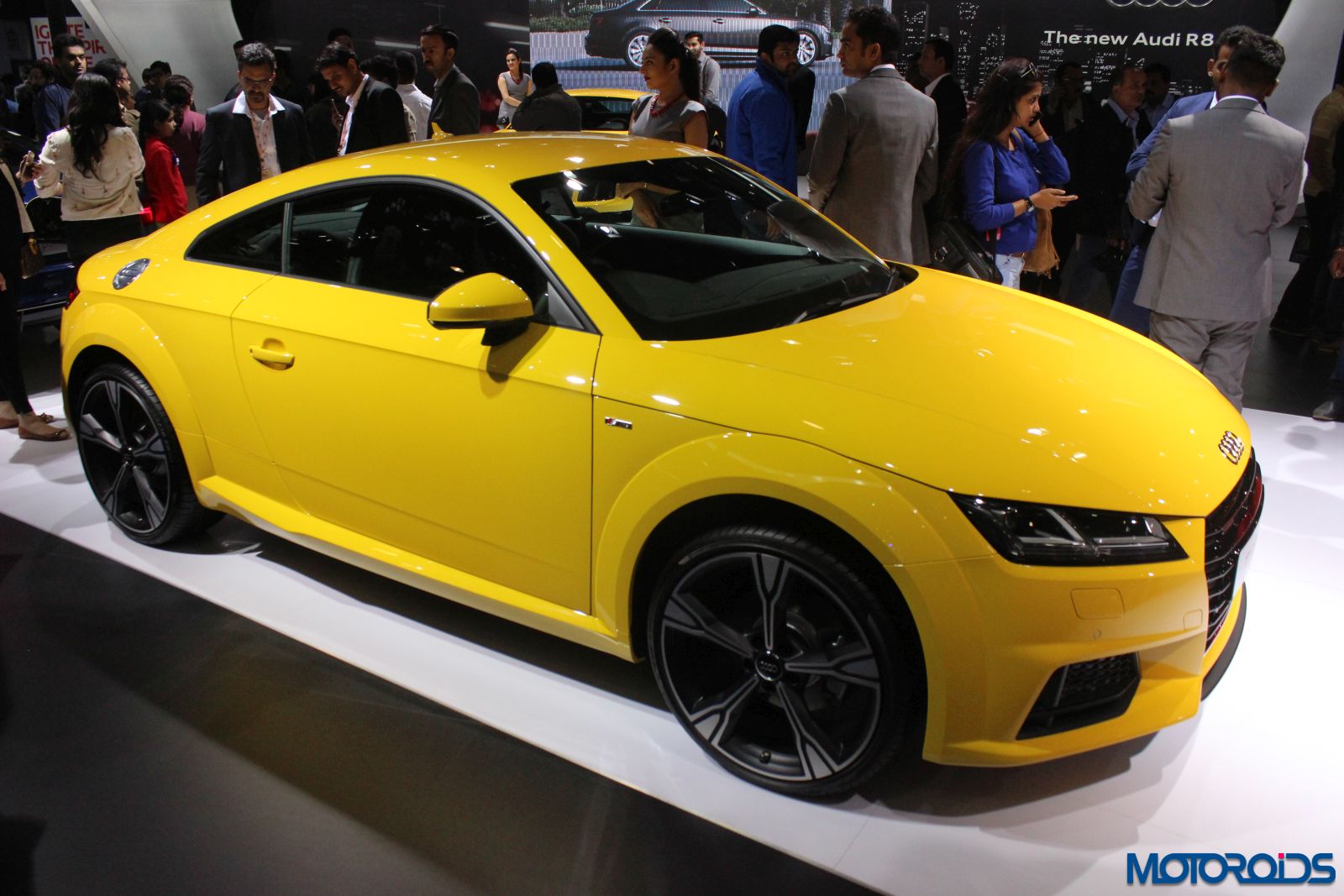 Audi India showcased a number of vehicles at its pavilion of the recently concluded Auto Expo. The company launched the new R8 and the new A8 L Security in India at the expo which was held between 5th and 9th February at the India Expo Mart in Greater Noida. The company also showcased various models such as the Audi A6 Allroad Quattro, the Audi TT, the Audi SQ5, the Audi S3 Cabrio, the Audi RS7 performance, etc.

Also read: Audi Prologue Concept, the future of the A6 and A8 checks in 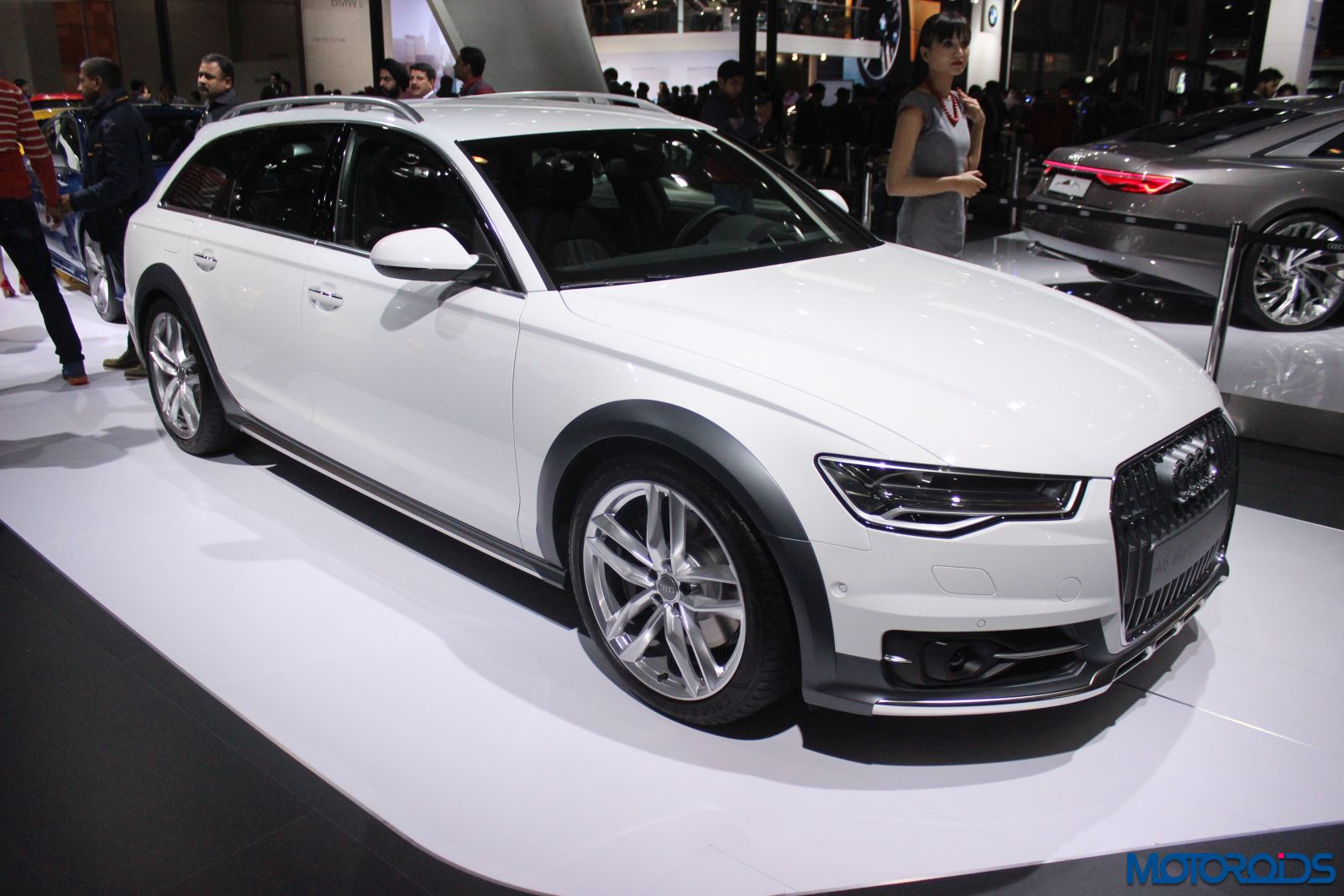 The Audi SQ5 is a more powerful and sportier version of the standard Q5. Sitting under the hood a 3.0 litre TDi V6 diesel engine which produces a peak power output of 326 PS and has a peak torque of 650 Nm. This power is sent to all four wheels with the help of the 8 speed dual clutch tiptronic transmission. Some features that differentiate the SQ5 from the conventional Q5 are Pearl Nappa leather/Alcantara leather upholstery in 4 colour choices, the S badge in the gray instrument dials, S badges on the door sill trims, a distinct steering wheel and a S gear lever knob. Audi had recently launched the A3 Cabriolet and now the company has gone ahead and displayed the S3 Cabriolet at the recently concluded Auto Expo. The S3 cabriolet is a performance version of the A3 cabriolet. Sportiness is what the vehicle is all about, be it the exterior, interior or the engine. The S3 Cabriolet is powered by a 2.0-litre TFSI four-cylinder petrol engine that produces 300 PS of peak power and 380 Nm of torque. This engine is mated to either a 6 speed manual gearbox or a six speed S-Tronic transmission. 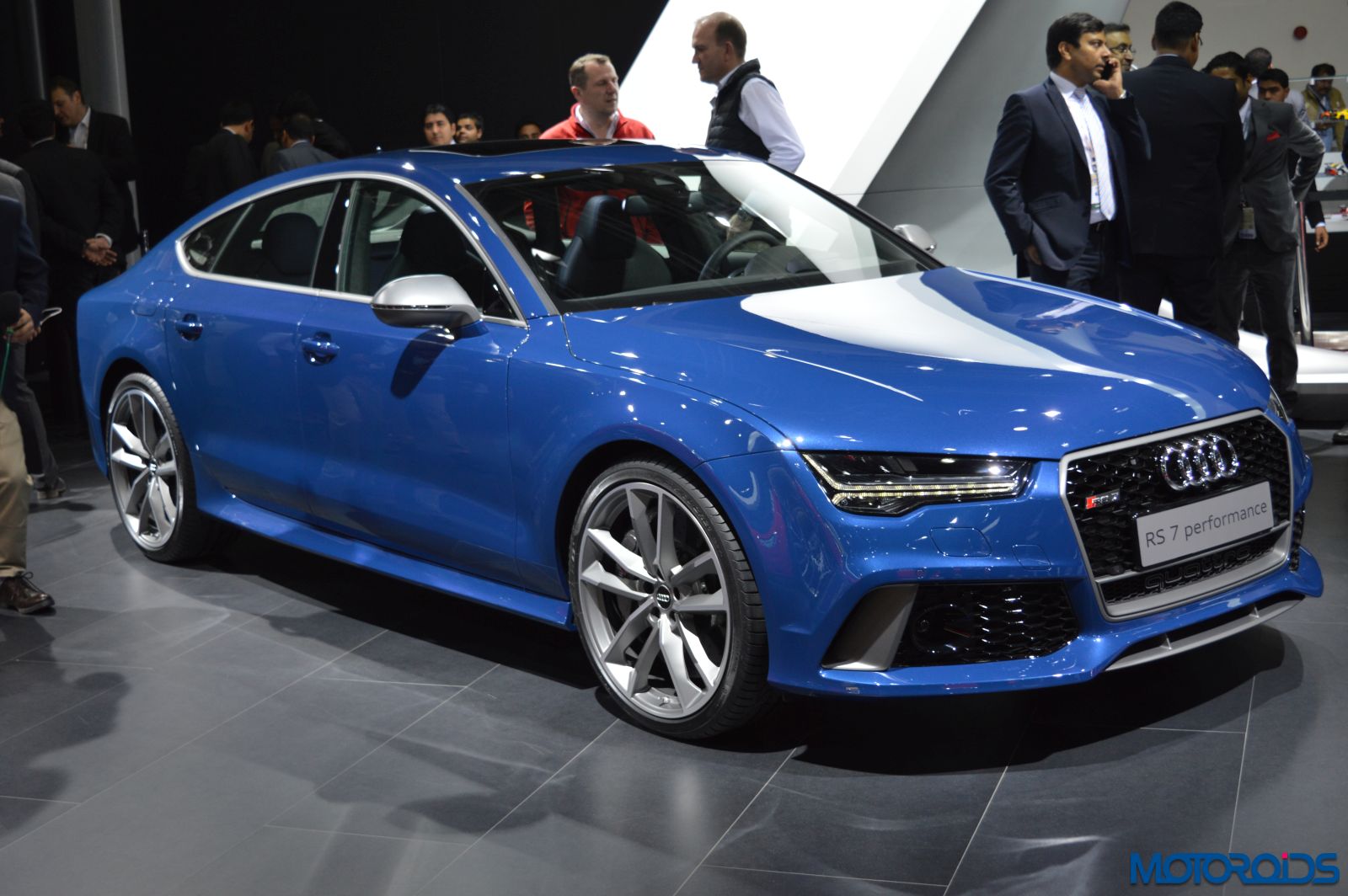 The Audi RS7 is the sportier, performance version of the Audi A7. Powering this mighty 4 door sedan is a 4.0 litre bi-turbo V8 engine that produces a peak power output of 605 hp and a peak torque of 701 Nm. This power is transferred to all 4 wheels with the help of a 8 speed automatic gearbox. 0-100 kmph comes up in just 3.7 seconds for this beast while the top speed stands at 305 kmph. The outgoing model came with a price tag of Rs. 1.42 crores and we expect the German manufacturer to price the 2016 model with a marginal difference, if any. All in all, the Audi pavilion had an interesting line-up as seen above but the 2 main products that caught the eye of the public were the Prologue concept and the 2016 R8 V10 plus.

Following is the image gallery for the Audi A6 Allroad Quattro, Audi Sq5, Audi S3 Cabriolet, Audi RS7 performance and the Audi TT at the 2016 Auto Expo: