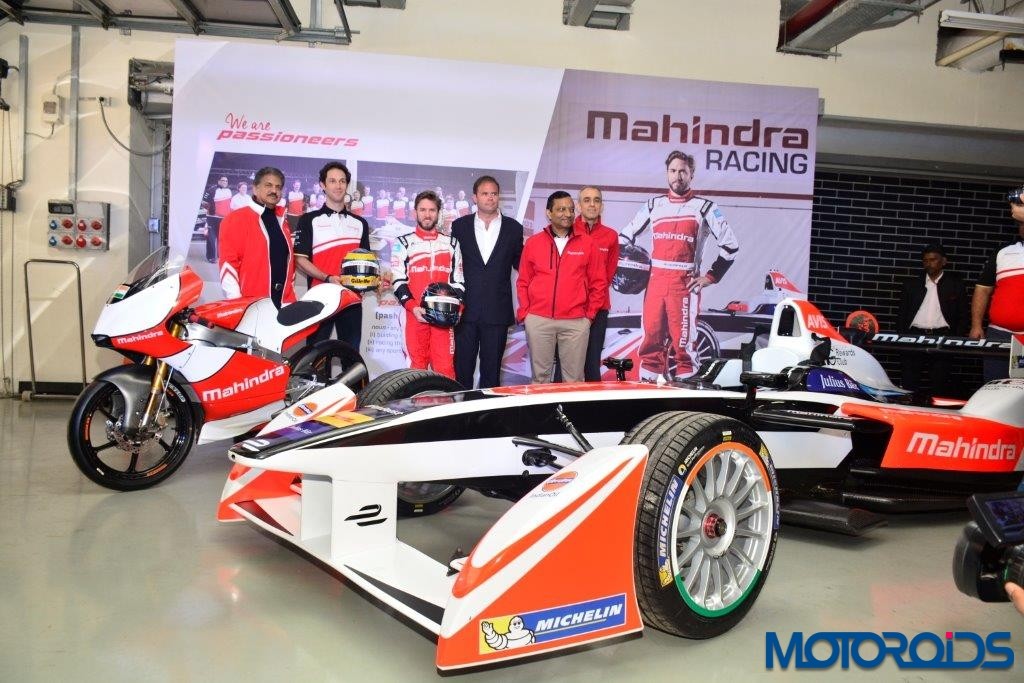 After putting up a great show at the Auto Expo 2016, Mahindra is back to the track for more action, this time at Buddh International Circuit. Mahindra Racing brought their newly developed M2Electro Formula E electric racing car and MGP30 racing bike at the circuit to display their capabilities. These racing machines compete at the highest level of international motorsport in the Formula E electric racing car championship, and MotoGP world motorcycle racing championship respectively. 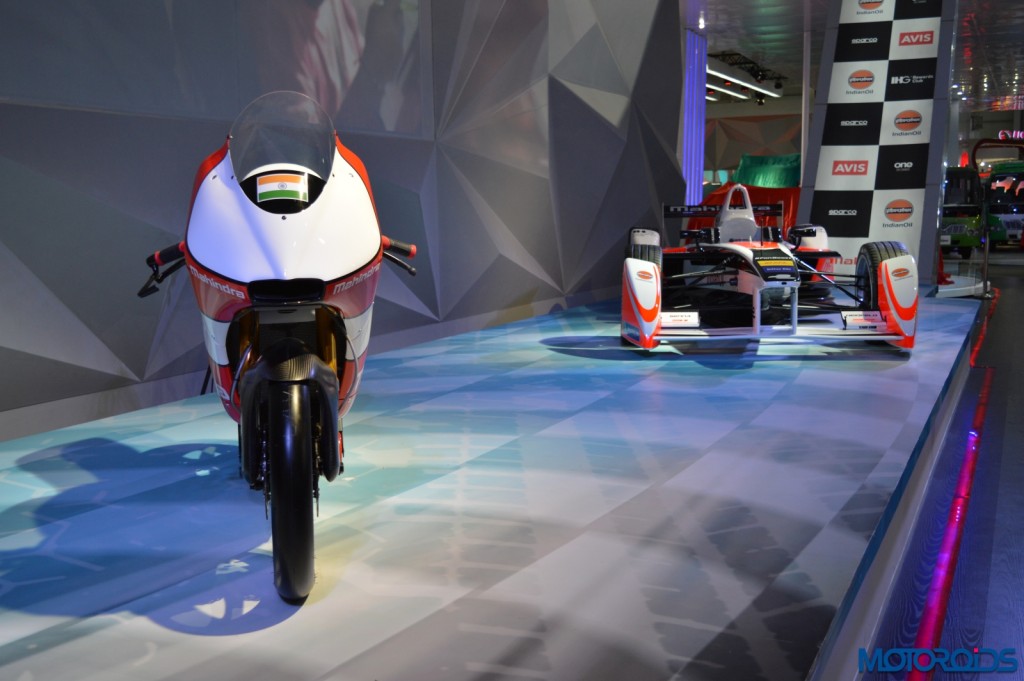 Mahindra is the first Indian organisation to develop racing motorcycle for the World MotoGP Championship. We saw the duo at the Mahindra pavilion at the Expo event, read on for more info and a whole bunch of images! 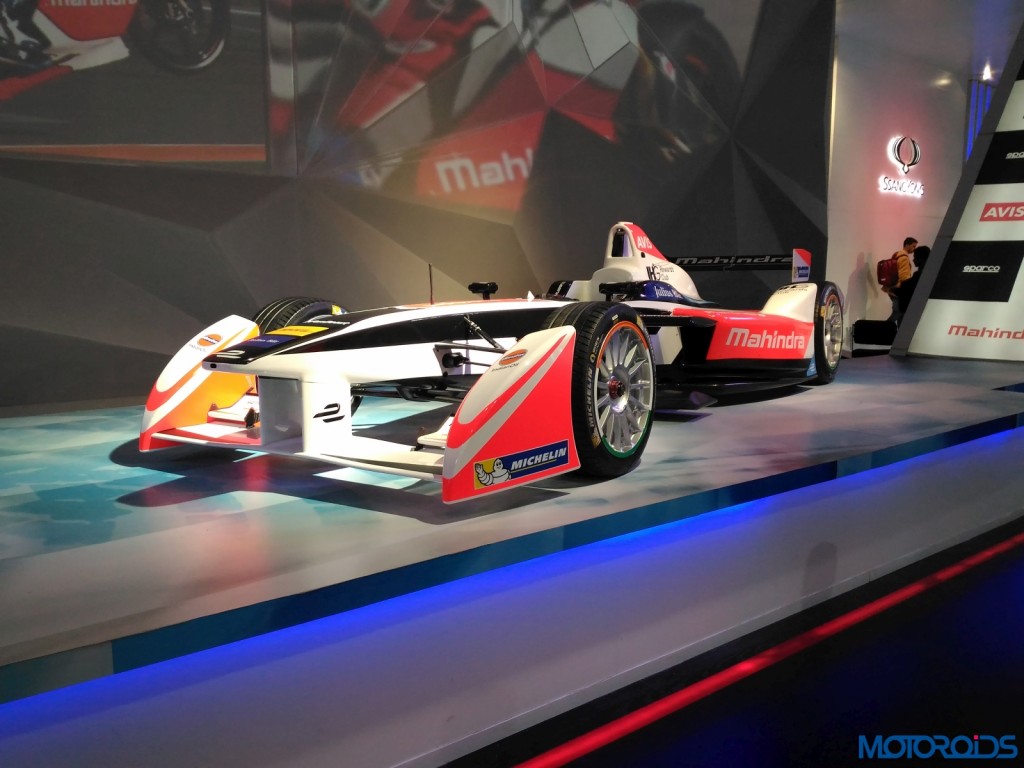 In order to compete in the second season of the Formula E championship, Mahindra Racing developed the M2Electro, making the company one of the select few manufacturers that developed an all new electric powertrain for the racing series. The M2Electro, now in its second generation, is said to be designed with a priority on increased performance, energy efficiency and weight saving. The racing car has proved itself reliable by taking on narrow, bumpy street tracks are a demanding test ground with no mechanical failures in its first few races in season two of Formula E. 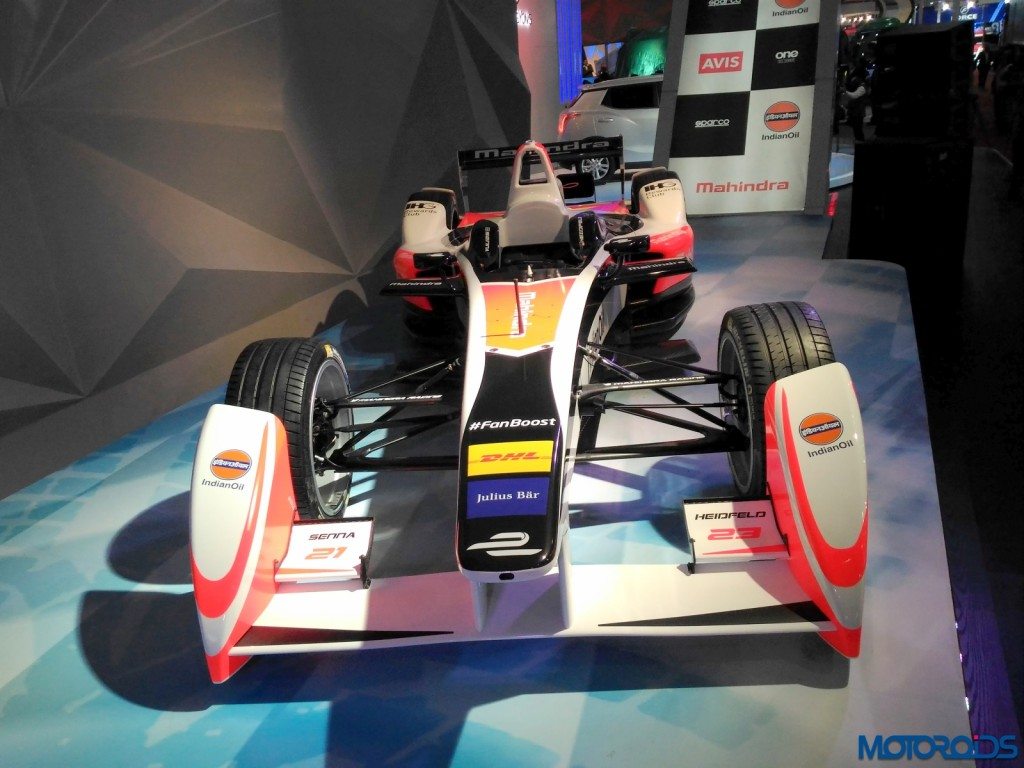 Piloted by former Formula 1 stars Bruno Senna and Nick Heidfeld, the M2Electro has impressed in its first races by scoring the team’s maiden podium on its first outing in Beijing in a highly competitive field. Each driver races two Formula E cars during a race. 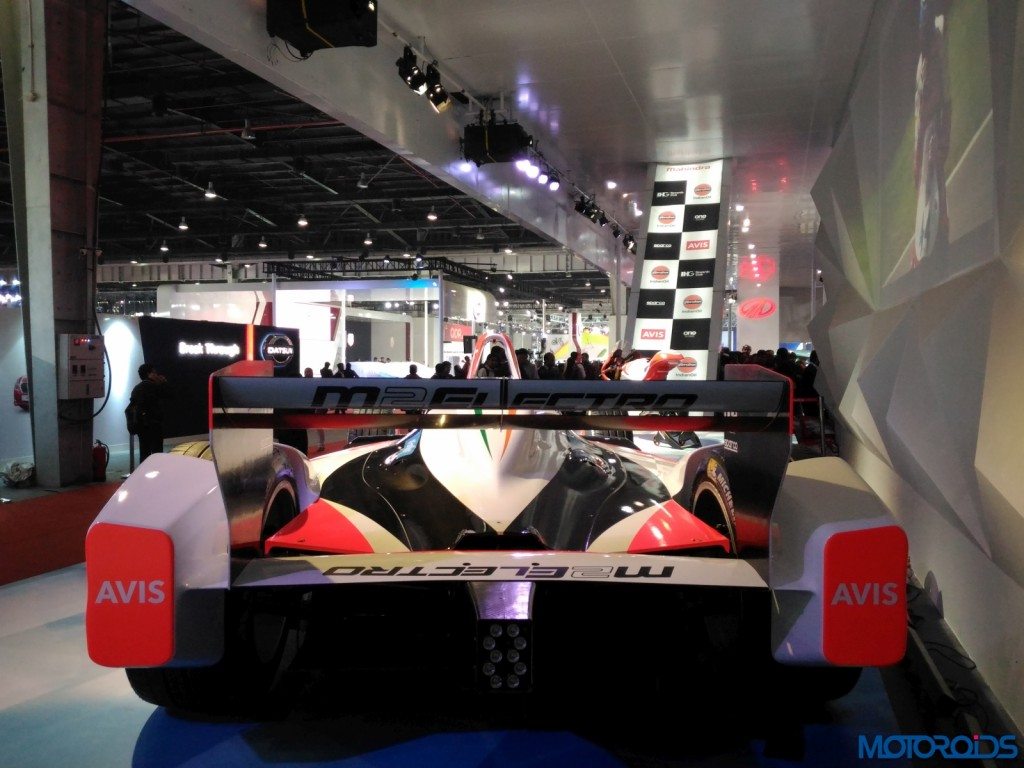 The high speed M2Electro can go from 0 to100kms in just under 3 seconds. Developed to Mahindra specification with world leading manufacturers including McLaren and Hewland, the M2Electro showcases the technology that will soon find its way to the next electric road car technology. 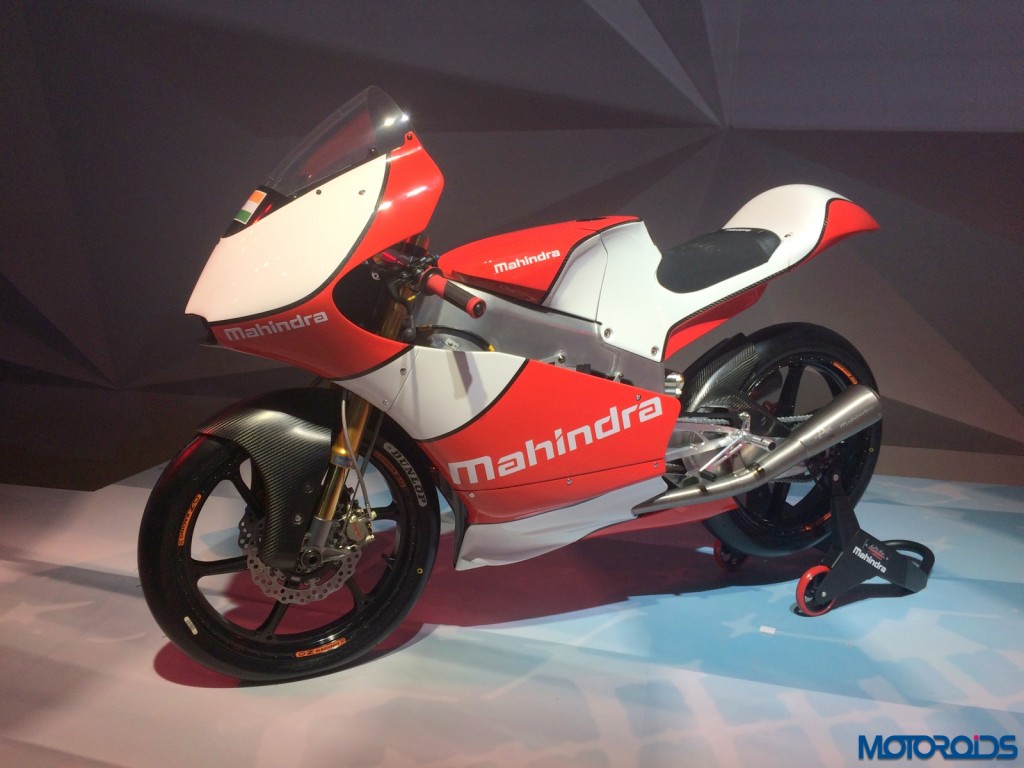 The MGP30 is powered by a new Single-cylinder 249cc DOHC four-stroke engine, with finger follower valve train and is equipped with a drum throttle body with twin electronic fuel injection. The new engine, gearbox and aerodynamic packages are matched by several refinements to the chassis and electrical components. 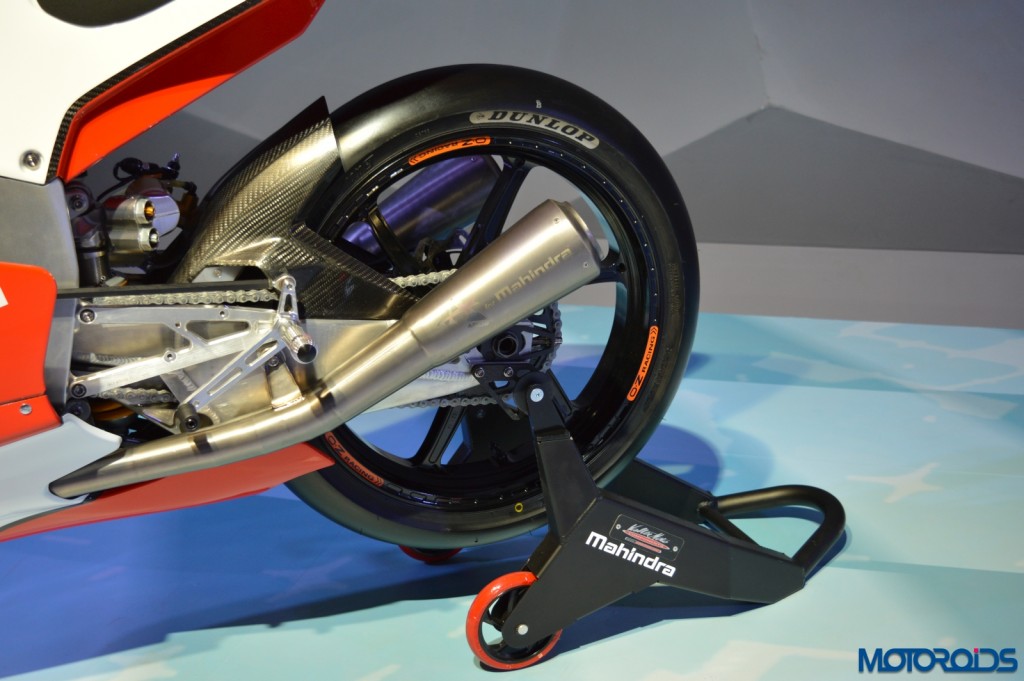 All of it together offers a greater performance in tune with a new double exhaust system developed by Arrow. 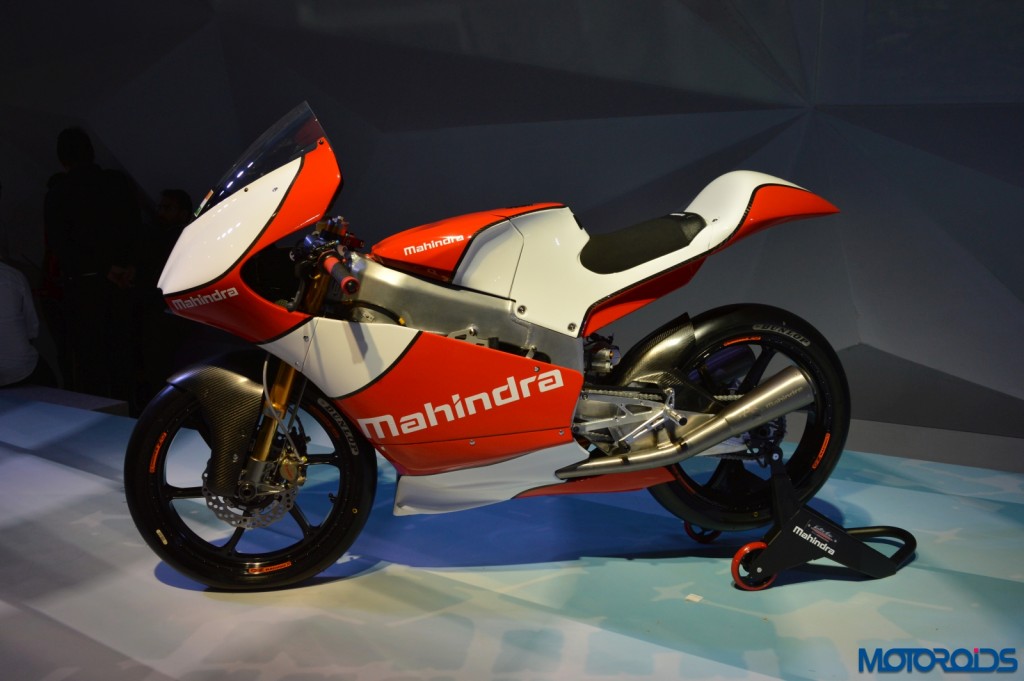 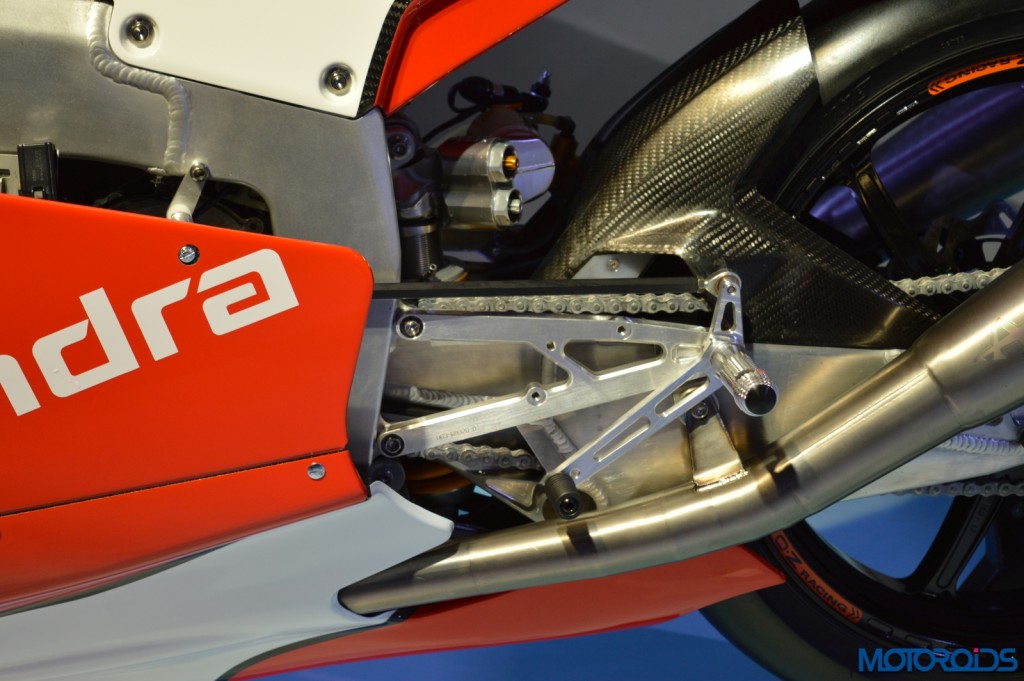 Mahindra entered into racing since 2011 with a commitment to nurturing the passion and growing interest of the Indian motorsport fan with its ethos of ‘Passioneering’. This term encapsulates the extreme levels of passion and engineering expertise that are required to be consistently successful in global motorsport championships like Formula E and MotoGP. Mahindra’s is taking these learnings and technical progress made on the race-track and transferring into the development of a new generation of electric road cars. These road also demonstrate Mahindra’s vision of the ‘Future of Mobility’ with vehicles that are clean, clever, convenient, cost effective and connected.

Here is the whole bunch of  images from the 2016 Auto Expo!