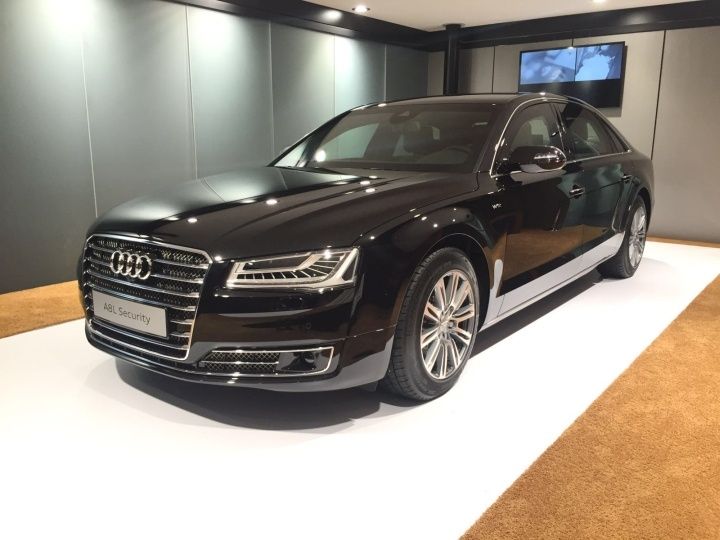 Audi India launched the Audi A8 L Security at the 2016 Auto Expo in Delhi. The car conforms to the criteria of the class VR 9 ballistic protection standard, currently one of the most stringent requirements for civilian high-security sedans against the earlier VR 7 standards on the outgoing model. The Audi A8 L Security comes with a price tag of INR 9.15 crores (Ex-showroom, Delhi) and is available only on a made to order basis. 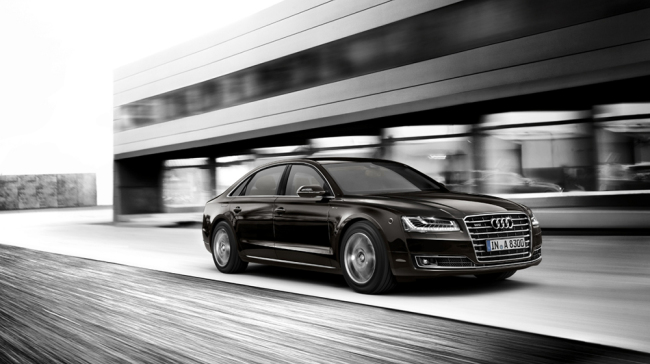 The safety cell of the new Audi A8 L Security features resistant materials such as aramide fabric, special aluminum alloys and a hot-formed steel armor that offers more protection despite its lower weight. The company manufactures each order in a partnership between the Neckarsulm plant and a secure, top-secret factory. Standard security features of the luxury sedan include an armored communication box in the luggage compartment, an intercom for communication with the outside world and selective door unlocking. Upon request, the company can deliver solutions such as its patented emergency exit system, a fire extinguishing system and an emergency fresh air system. 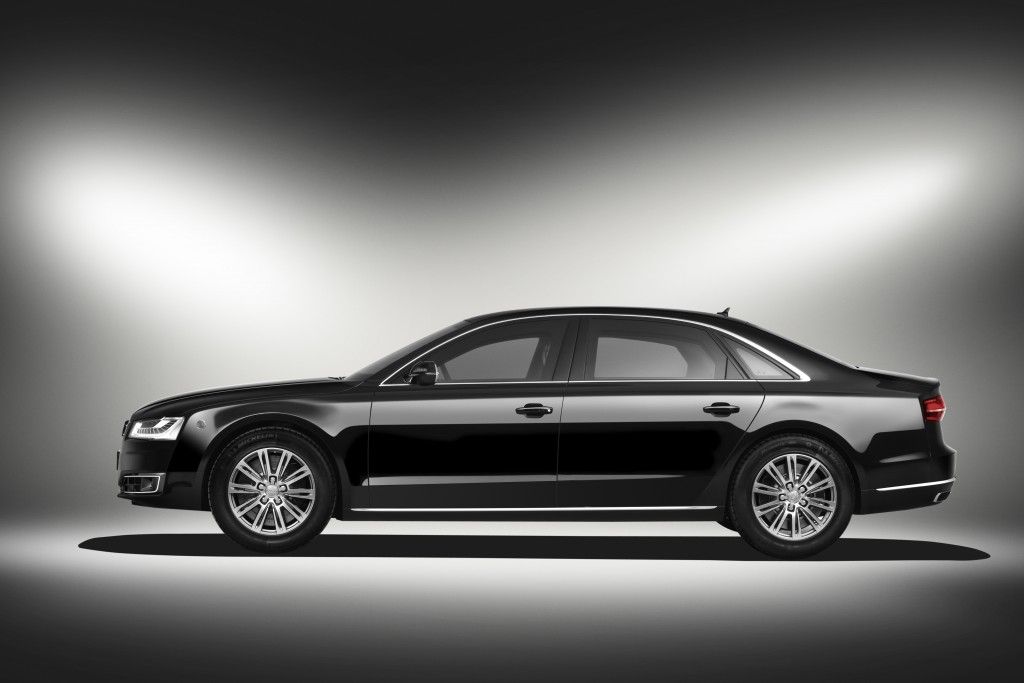 Two engine configurations are available for the high-security version of this A8 sedan. The first is a 4.0 TFSI, a biturbo V8 engine that has a power output of 435 hp and produces 600 Nm of torque. The second variant, a naturally aspirated W 12 FSI engine offers 500 hp and 625 Nm of torque. Its torque performance is strong, and its top speed is electronically governed to 210 kmph, the limit set in consideration of the tires that possess exceptional emergency flat-running properties. The entire chassis and the quattro permanent all-wheel drive are designed to meet the high security requirements. 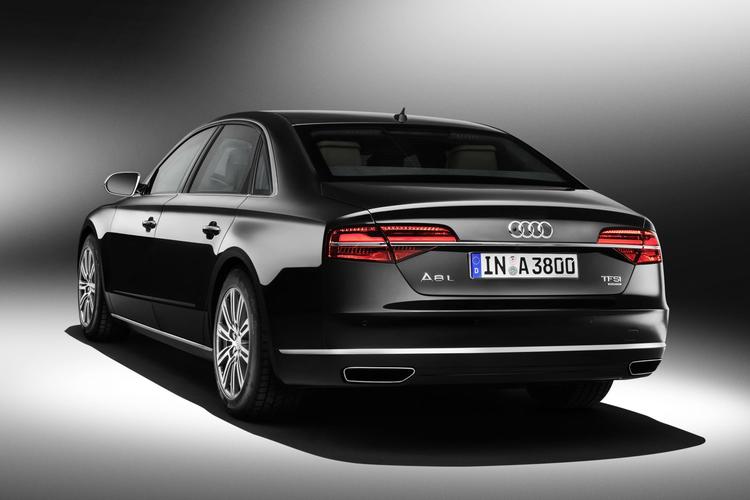 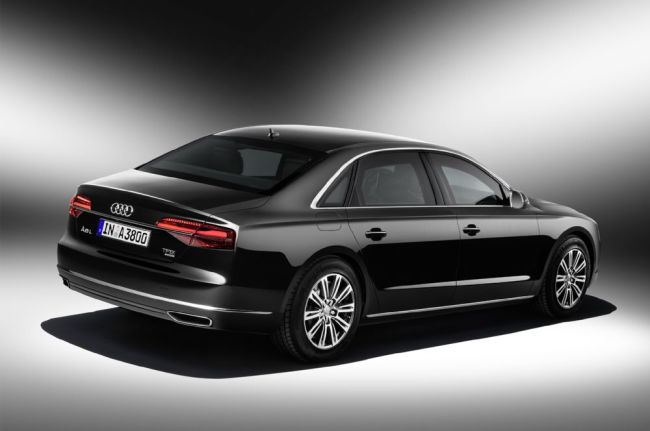 The standard equipment of the new Audi A8 L Security also includes an intercom system which can be used by passengers to communicate with the outside world when the windows are shut. It consists of a loudspeaker in the single frame grille and interior and exterior microphones. Selective door unlocking is another standard feature that is used to securely open doors from the interior. 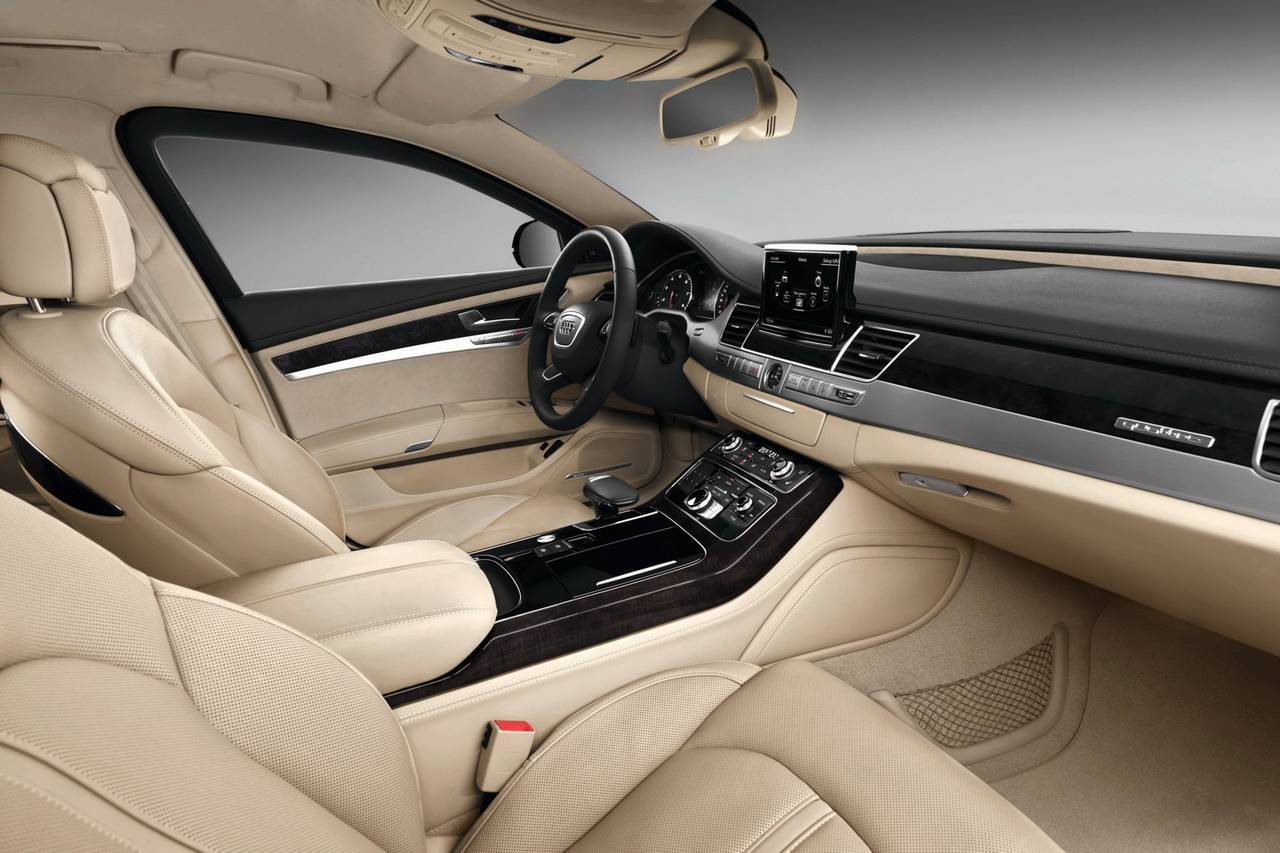 Another feature that improves protection ability is the emergency exit system, a technology for which Audi holds a patent. If the driver or rear passenger presses a sealed switch while pulling one of the inside door handles, bolts in the hinges detach the door from the body so that it can then be opened with a light push. The next feature is the fire extinguishing system, which is activated at the press of a button or by heat sensor. 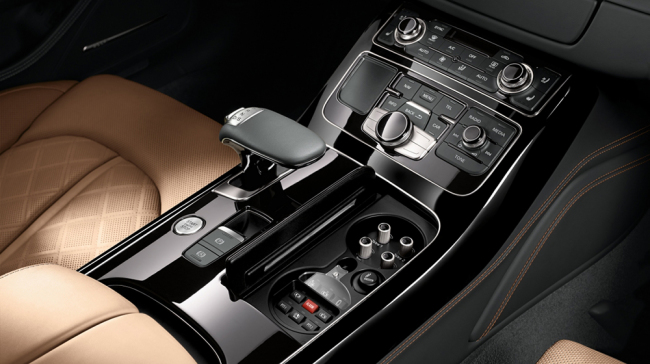 The extinguishing agent flows through pipes in the underbody from two containers that are mounted in the luggage compartment. Nozzles spray it into the wheel arches, onto the underbody and fuel tank, and into the engine compartment. The emergency fresh-air system operates with two pressurized cartridges housed in the protected zone. At the push of a button it supplies the interior with breathing quality air through vents. 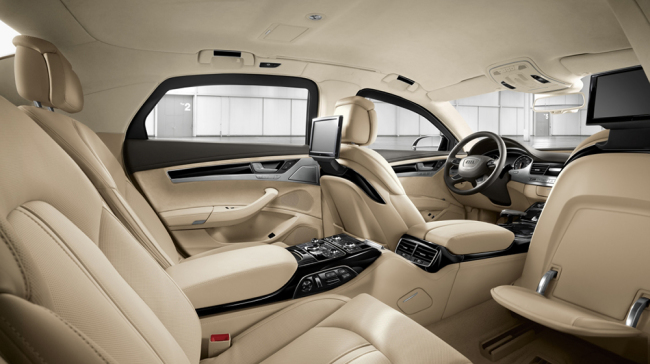 The security start feature allows the driver to start the engine remotely by radio signal. Some other additional solutions that round out the offering include an LED signaling system for convoy driving, strobe lights, a siren, preparation and installation of analog and digital radio communications with public authorities, permanent telephone installation, accident data logger, additional rear camera and heated windshield with partially heated side windows. The Audi A8 L Security will face direct competition from the likes of the Mercedes Benz S Guard and the BMW & series High Security.

Meanwhile, have a look at the image gallery of the updated Audi A8 L Security: