Audi recently took the wraps off the 2021 iteration of the Q2 SUV in Europe. The Audi Q2, as the name suggests, serves as the German carmaker’s smallest SUV in its global line-up. Four years after its inception, Audi has improved the recipe with revised styling and a new powertrain. And now, Audi India has teased the launch of the Q2 in India on its social media channels, hinting that the smallest SUV from the German carmaker will land on our shores soon.

We expect that the bookings of the Audi Q2 will commence from this month itself. Stay tuned for more updates regarding the Audi Q2 India’s launch.

Talking about its design, the Q2 facelift gets a lower set single-frame grille upfront, which makes the car appear wider. The grille features a new polygon design which looks similar to the new rear diffuser insert. The air intakes at the front have also been redesigned, and the higher models will be getting three slits between the bonnet and the grille – a design that is inspired by the Quattro rally car. LED headlamps are now offered as standard, while the top-end trims will be getting Matrix LED adaptive units, as well as dynamic turn indicators at the back. You also get five new exterior colour choices: Apple Green, Manhattan Grey, Navarra Blue, Arrow Grey, and Turbo Blue. 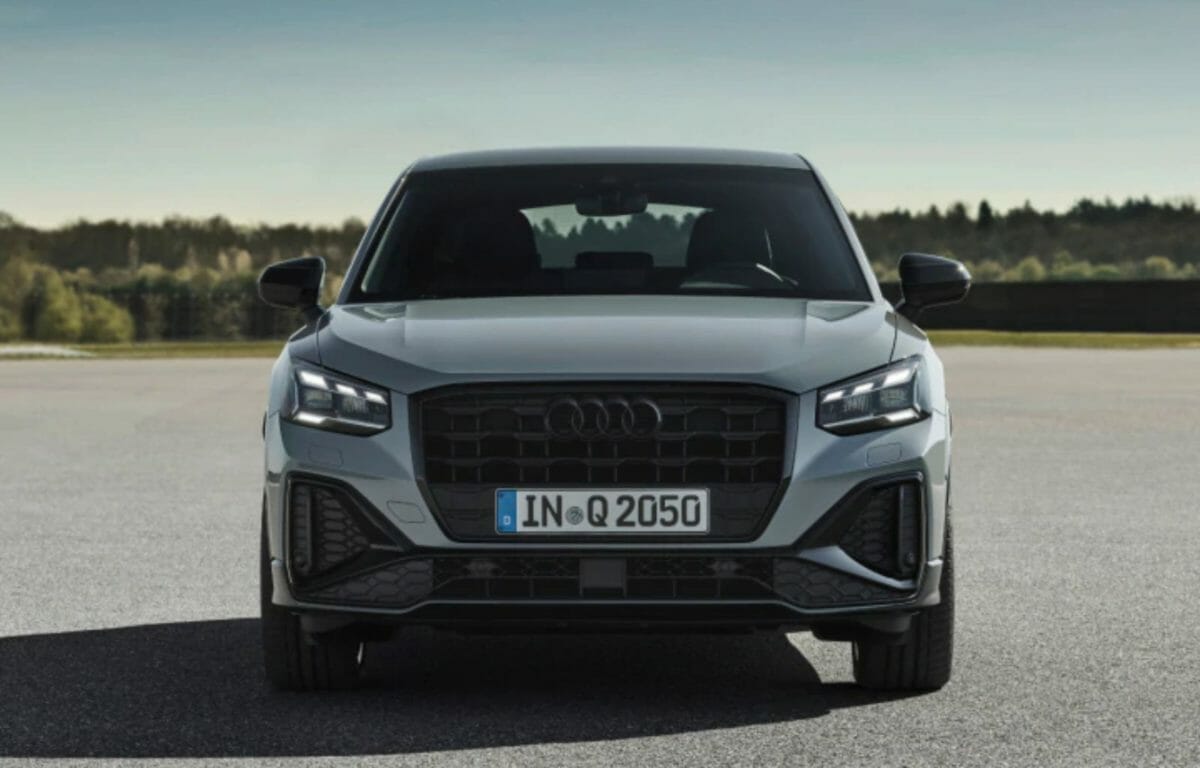 Inside the cabin, Audi is offering a segmented choice as far as infotainment is concerned. This means that options range from an analogue instrument cluster to the Audi virtual cockpit based on a 12.3-inch screen and the MMI 8.3-inch navigation display. And for your listening pleasure, the Q2 can be had with a 705-watt, 14-speaker Bang & Olufsen sound system. Apart from that, the basic dashboard design is similar to the pre-facelift Q2. 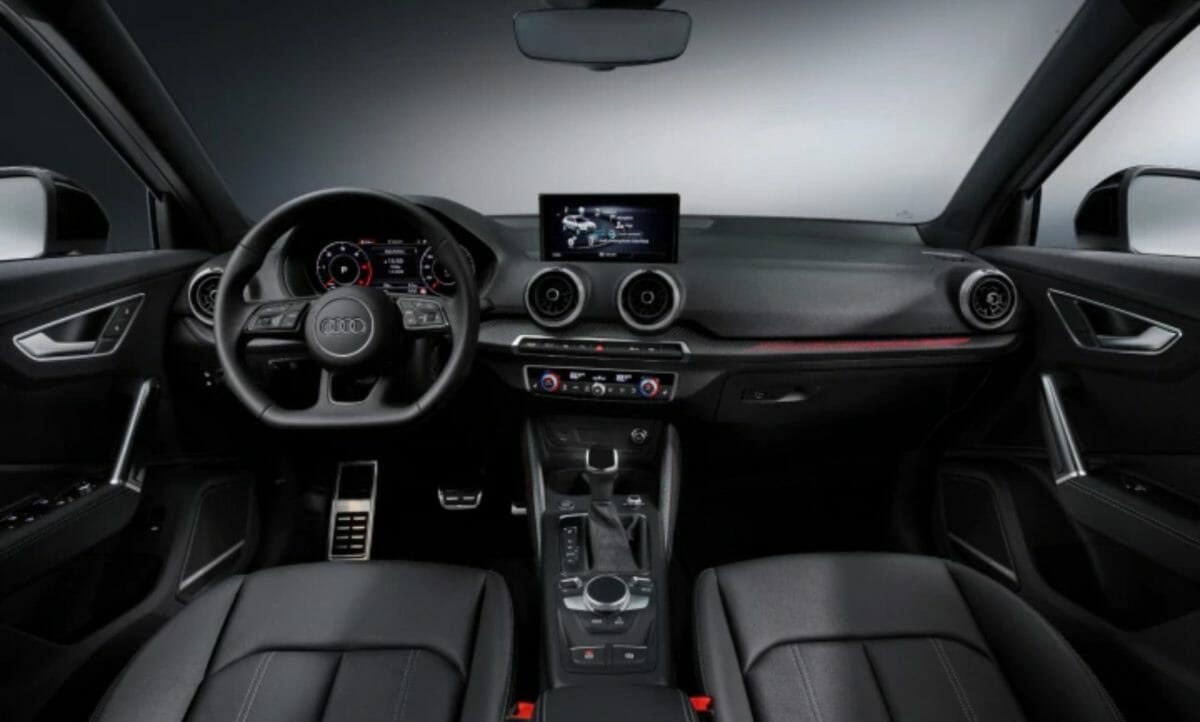 You also get a host of driver assistance systems such as lane departure warning, park assist and Audi’s pre-sense safety system.

The Q2 is currently available in Europe with just one powertrain, the 1.5 TFSi turbo-petrol motor which churns out 150PS of power and 250Nm of torque. It features cylinder deactivation technology for added fuel efficiency. Transmission options include a 6-speed manual and a 7-speed dual-clutch automatic. Audi indicates that two other gasoline engines and two diesel mills would be available, too. 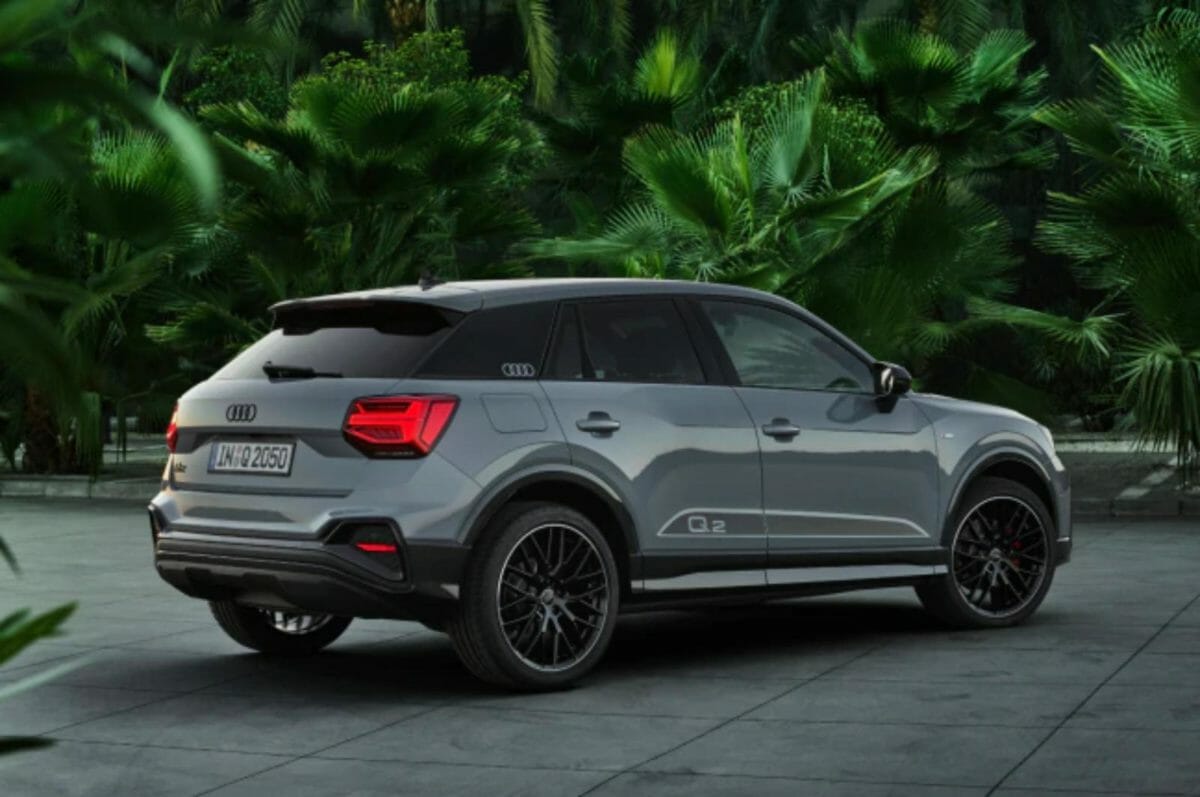 While awaiting the arrival of the Q2, we did get its bigger and ferocious cousin named the RS Q8. As the name suggests, the RS Q8 is the performance version of the Q8 which was launched earlier this year. Available at INR 1.33 Crore, it goes on against the Porsche Cayenne Turbo and the Lamborghini Urus. As standard, the Audi RS Q8 boasts All-wheel steering, RS roof spoiler, Audi’s Virtual cockpit, Quattro with self-locking differential, Sport Adaptive Air Suspension and 2 RS modes for personalized drive settings. The RS Q8 is powered by a 4-litre TFSI twin-turbocharged V8 petrol engine which is capable of belting out 600PS and 800 Nm.