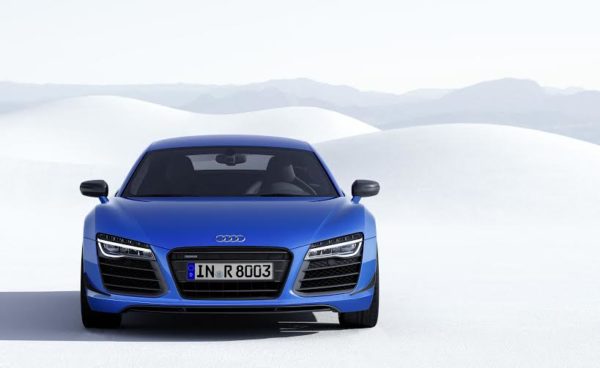 Audi India has begun the new year with a bang by launching its most powerful as well as the fastest road-car, the limited edition Audi R8 LMX in India. The R8 LMX is the first production car with laser high beam lighting in India, and also the last hurrah for the current generation R8, as it makes way for a new one later this year. The Audi R8 LMX is priced at INR 2.97 crores (ex-showroom Delhi/Mumbai) and is a limited edition with a production run limited to only 99 vehicles globally.

“What better way to celebrate another record year at Audi than bringing in a car which denotes our claim of “Vorsprung durch Technik” – the new Audi R8 LMX. The combination of LED and laser high beam lighting was used for the first time on the new Audi R18 e‑tron quattro at the 24 Hours of Le Mans last year. Audi is thus continuing its tradition of using racing to test new technologies destined for production. The limited-edition Audi R8 LMX is the first production car in India to come equipped with laser high beam lighting, a particularly brilliant innovation integrated in a sports car. The Audi R8 LMX thrills with intelligent lightweight engineering, impressive design and breathtaking driving performance right from the word go. The Audi R8 LMX is beautiful to look at and marvelous to drive. We are positive that the Audi R8 LMX will excite Audi enthusiasts and add more fans into the ever-growing Audi fan base,” said Mr. Joe King, Head, Audi India. 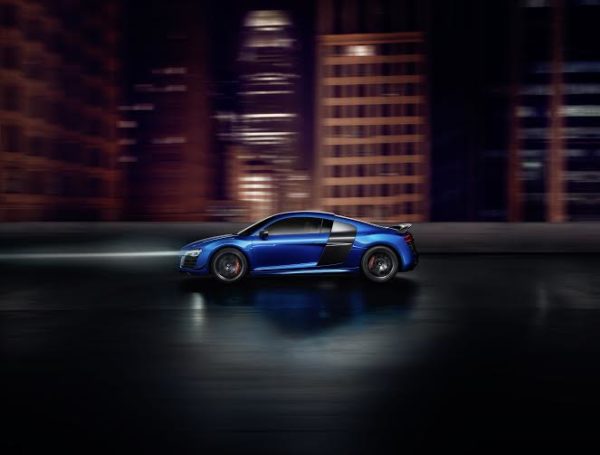 “Audi has always been at the forefront in lighting technologies. Audi was the first luxury car manufacturer to bring LED headlights in India. Last year, we introduced Matrix Headlamps in our flagship model, Audi A8 L – again a first by any luxury car manufacturer in the country – direct evolution of Audi’s signature LED headlights delivering a phenomenal 966,105,422 different illumination configurations. The introduction of the laser headlight to the Audi R8 LMX underscores our leading position in lighting technology,” added Mr. King. 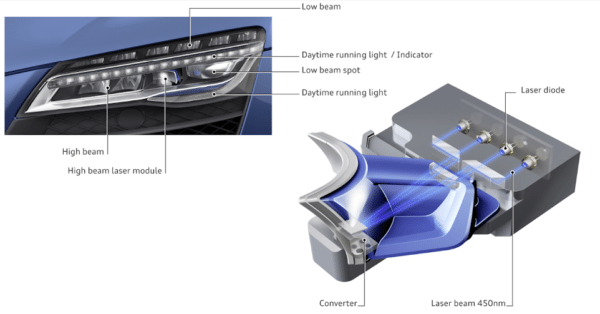 The Audi R8 LMX makes use of laser spots for the high beam, which increases the range substantially – ideal for a super-car like the Audi R8 LMX. The revolutionary laser beam lighting is activated at a speed of 60 kmph (37 mph) and above. The laser light spots offer a higher range of visibility enhancing the safety aspect. One laser module per headlight generates a cone of light with twice the range of the all-LED headlight. Each module comprises four high-power laser diodes. With a diameter of just 300 micrometers, these generate a blue laser beam with a wavelength of 450 nanometers. A phosphor converter transforms this into roadworthy white light with a color temperature of 5,500 Kelvin – ideal conditions for the human eye that enable the driver to recognize contrast more easily and help prevent fatigue. Fitted with an intelligent camera based sensor system, the headlamps also detect other road users and actively adjust the light pattern to avoid dazzle. 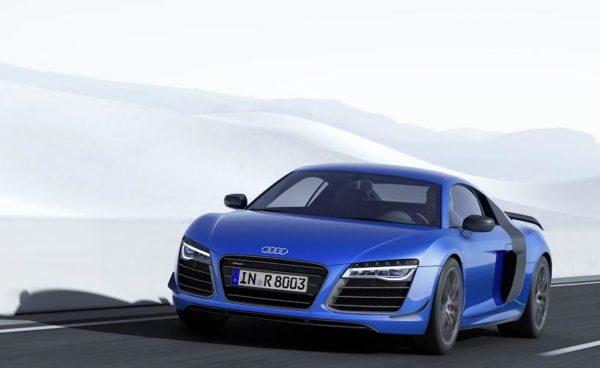 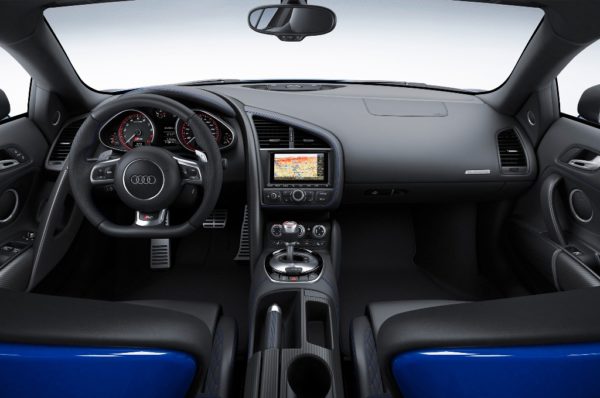 The interiors of the R8 LMX are fitted with dynamic lines with blue accents throughout. The bucket seats are covered in Fine Nappa leather with Sepang Blue diamond pattern, while the backrest is finished in Ara Blue. Sepang Blue stitching provides subtle contrasts, including on the parking brake lever, the center tunnel console, the steering wheel and the instrument cowl. The black Alcantara headlining and black Fine Nappa leather door trim panels take up the Sepang Blue diamond pattern of the bucket seats. Subtle details round out the interior. Matte carbon is used on the covers of the center tunnel console and the parking brake lever, on the inlays in the doors and the arc around the cockpit. Illuminated aluminum inlays bearing the limited-edition number are integrated into the CFRP door sill trims. Fine Nappa leather adorns the selector lever for the S tronic and the knee pads; the floor mats have black piping and Sepang Blue stitching. 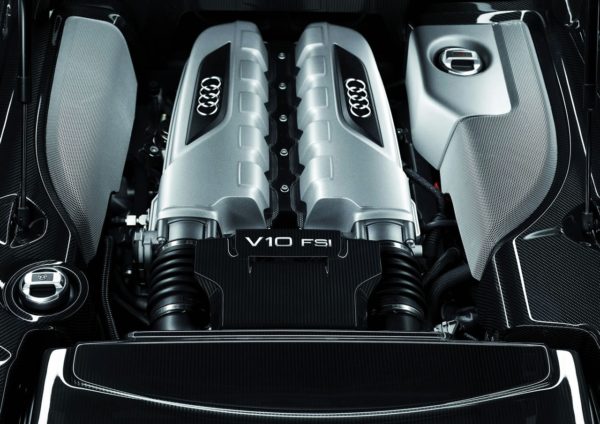 Audi R8 LMX’s high-revving, mid‑mounted engine, double wishbone suspension and ASF (Audi Space Frame) aluminum body are closely based on racing. With 570 hp(419 kW) of power and 540 Nm (398.3 lb‑ft) of torque, its 5.2 liter, V10 engine accelerates the car from 0 to 100 km/h in just 3.4 seconds making it the fastest as well as the most powerful Audi R8 ever. It has a top speed of 320 km/h (198.8 mph). A compact, seven‑speed S tronic transfers the power to the quattro permanent all wheel drive system. 19‑inch wheels are combined with carbon‑fiber ceramic brake discs, which up front measure 380 millimeters (15.0 in) in diameter. Red anodized brake calipers shine behind the exclusive designer wheels.