Zagato is widely known for having styled some of the most stunning and exclusive automobiles around the world including the original ’63 Alfa Romeo Giulia, the Maserati Bi-turbo and even the gorgeous MV Agusta F4Z. The relation between the Italian design-house and Aston Martin, however, is even deeper and has yielded many showstoppers over the year – the Zagato variants of the DB4, the V8 and now this – the Vanquish Zagato. 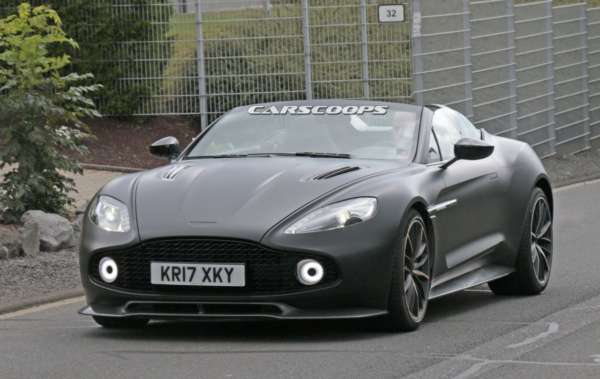 Now, if you thought that the standard Vanquish Zagato was hot and exclusive enough, think again. For the one spotted on test by CarScoops, is the Speedster version. In plain jargon, what that translates to is that there is no roof. Period. So, if it starts raining, an umbrella is your best friend. 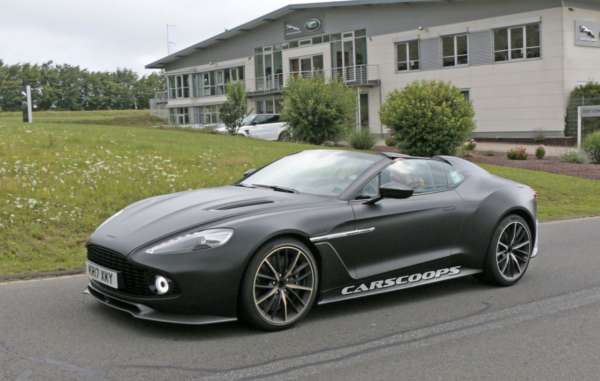 While it might not be the brightest idea in terms of practicality, there is no denying the fact that it looks absolutely jaw-dropping. Carrying the characteristic Zagato cues like the round LED DRLs up front and the smashing tail lamps at the back, the design looks even more cohesive than the standard roadster. 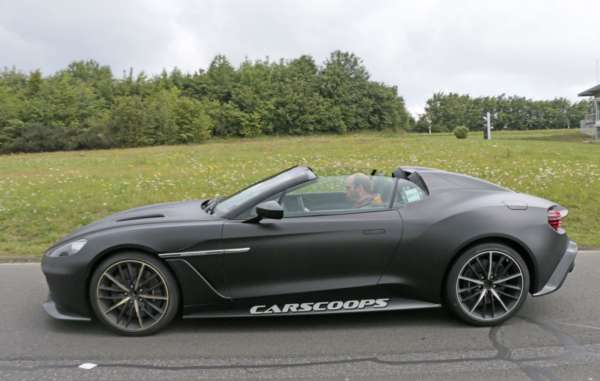 The matte black finish on the prototype hides a body completely made out of carbon fibre. The sides get a massive scoop behind the front wheel with a contrasting chrome character line running across the gap. The doors get flush retractable handles highlighting the smooth curves that flow right to the rear. The buttresses are the distinguishing feature here as they flow down effortlessly to the rear. 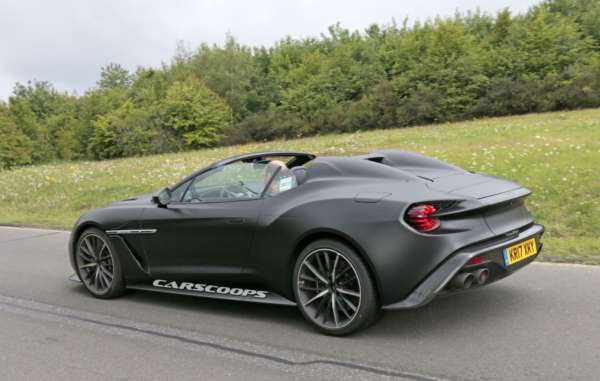 And oh, what a derriere that is! Studded with the immaculately detailed jet engine like tail lamps, the rear lends a unique dynamic stance to the Vanquish Zagato. This is further heightened by the quad exhaust tips and the large carbon diffuser. 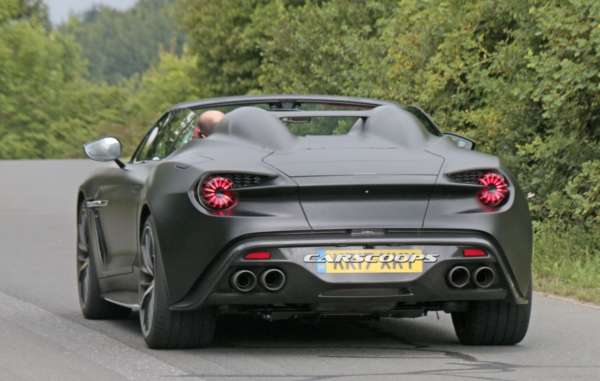 The Speedster is powered by an uprated version of the 6.0 Litre V12 motor that now pushes out over 600 PS of power making it capable of hitting the standing ton in under 3.5 seconds. Now, here is the catch. Even if you had the money to be able to afford one, you cannot actually get your hands on it. Only 28 models will be built and they are believed to have been sold at the word go.