Just recently, we were discussing how sportscars are increasingly barging into the supercar territory – blurring the definition of both, in the process. Things are simpler for hypercars – with nothing above them, they are simply just becoming more and more powerful. But a new range of hypercars, led by the Mercedes-AMG Project One and this, the Aston Martin Valkyrie are now looking at blurring the lines separating hypercars and F1 cars instead.

One look at the Valkyrie and you know, this is unlike any other road-going beast you have ever seen. And the F1 pedigree is clear. It draws heavily from partner-in-crime Red Bull’s X1 F1 Race Car. The curves of the prototype, which by the way is over 95% production-ready, have been designed by Red Bull’s own aero genie, Adrian Newey. 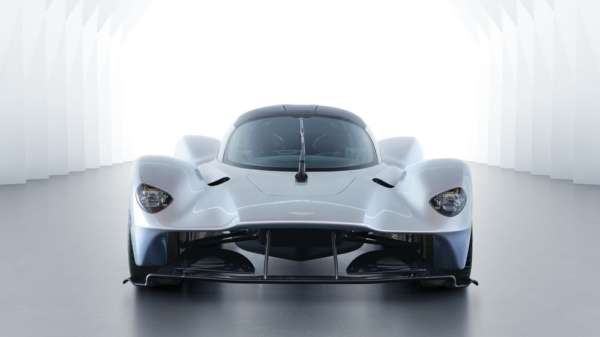 If like us, you thought that the new Ford GT with its heavy scoops and cuts was as extreme as we could go with aerodynamics, the Valkyrie is out to make you feel as if the GT belongs in a cave. It even has a F1-spec front spoiler and gaping holes in the place where you normally expect to find your air-dams.

The spoiler works in tandem with the holes in the front wings which were cut out to generate even more down-force. Of course, the way in which they allow you to see the front wing section wishbones in action is just an added bonus. 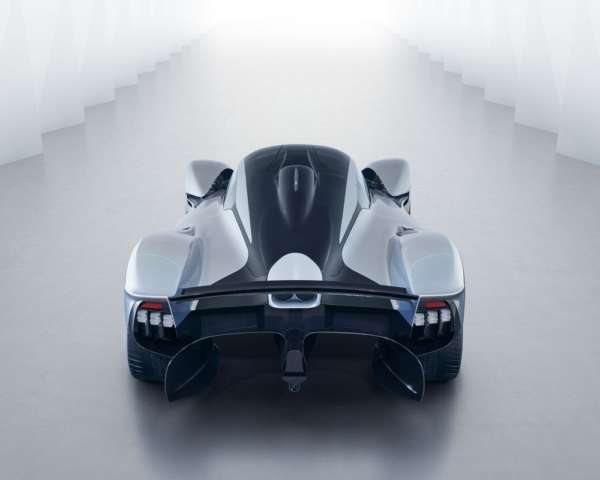 The rear, like the front is basically made of a huge diffuser to allow the maximum flow of air from down under. Even the wing mirrors have been ditched to minimize drag in favour of cameras on both flanks which link back to screens on both ends of the cabin.

Though the exterior snaps would lead you to believe otherwise, Aston claims that the Carbon tub can comfortably seat two six-feet plus adults. The seating position will be strictly F1 with your feet stretched out in front of you and the hips sitting lower than the pedals. A standard four-point harness and a carbon-fibre steering with an integrated display complete the racing stance. 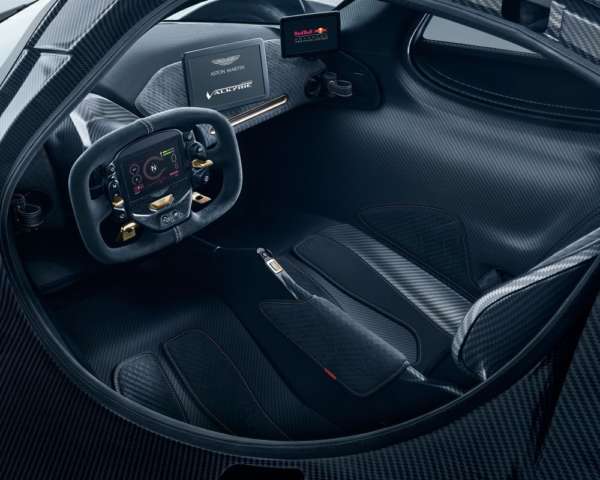 The Valkyrie will be powered by a 6.5 Litre Naturally Aspirated V12 engine assisted by hybrid technology which, the company claims, can heat up the exhaust to a stunning 800 degrees – nearly as hot as Delhi in the summers. Aston is targeting a 1,000 PS power figure for the 1,000 kg total weight.

Also Read: Not a V12, this Aston Martin is powered by Gravity!

Getting to this magical 1:1 figure is not easy, though and the engineers had to go all out to be able to get there. The headlamp cluster features an Aluminium frame, making it the lightest on any production automobile ever. Even the badging has not been spared. Aston did not want to go in for a sticker because they felt that it would be out of place on this hypercar. So they developed a chemically etched aluminium badge that is just 0.07 millimeters thick instead – neat. 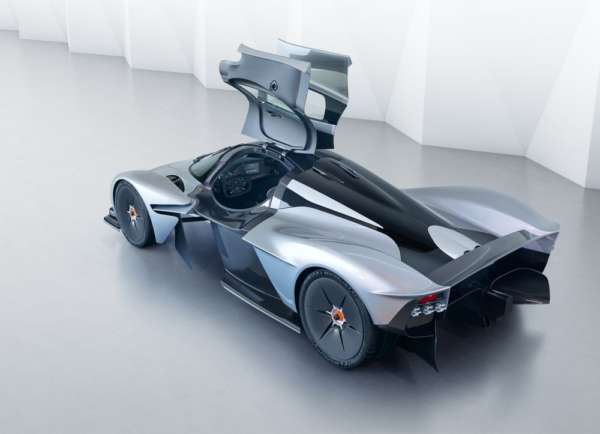 It is hyper-exclusive too. Aston will produce only 150 road versions and 25 track versions of the Valkyrie. And all of them have already found takers for the USD 2.5 Million price that the company asked for. So sit and drool, dear friend, sit and drool.