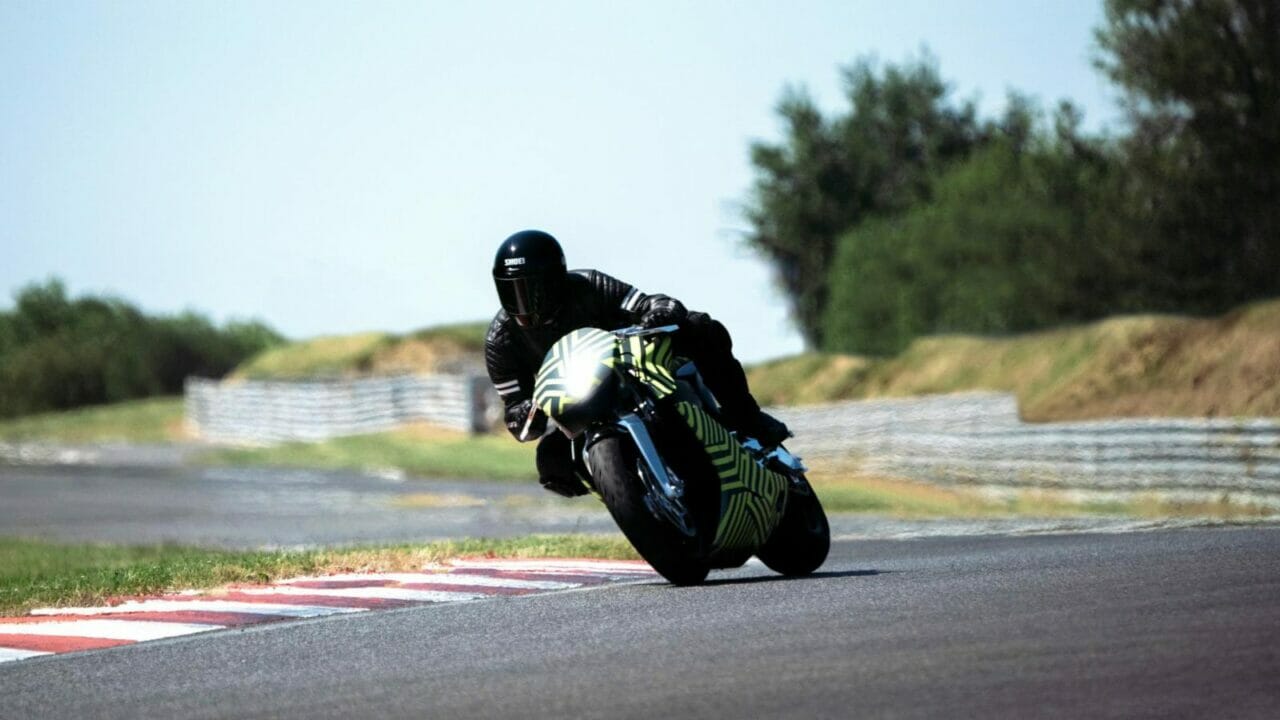 The very first Aston Martin motorcycle has entered the next phase of development as the British marquee has commenced testing of prototype AMB 001. Aston Martin has joined hands with Brough Superior to develop the motorcycle. The prototype was seen in action on the Pau-Arnos circuit in France.

The tests were done to validate the chassis geometry, handling setup and other performance-related aspects of the track-only motorcycle. This is the first time that the world has seen the AMB 001 in action after it was showcased at the EICMA 2019. The prototype AMB 001 was seen wearing the traditional Aston Martin Camo livery. 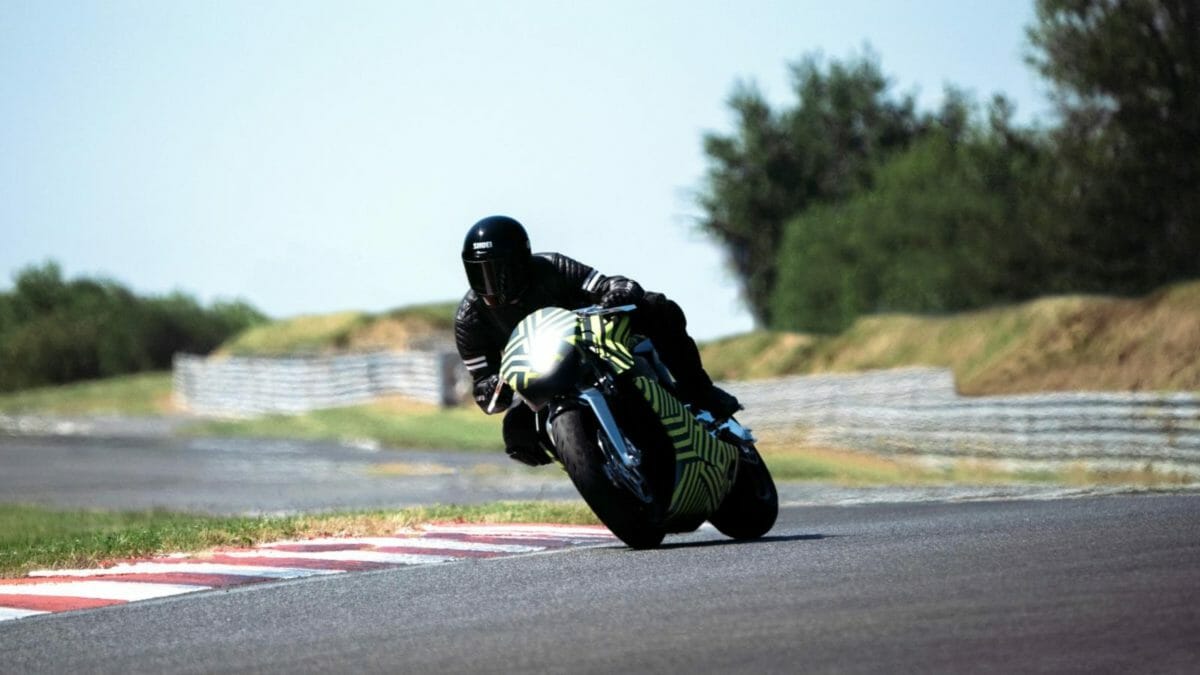 Only 100 units of this exclusive turbocharged track-only superbike will be made and deliveries will start towards the end of 2020. It will cost MSRP of 108,000 EUR (over ₹ 91.56 lakh under current exchange rates). With Covid-19 setting off manufacturing plans and even motorcycle shows being cancelled across Europe, it’s still unclear whether the AMB 001 will make it to production as scheduled.

The AMB 001 is powered by a 997cc V-twin, turbocharged engine that develops 180hp. With a 180kg dry weight, the AMB 001 is expected to offer some serious performance. The company says that this engine is ‘unique for a serial production bike’. The turbo package of the engine also includes an intercooler. Some of its highlights include a carbon-fibre body, double-wishbone front suspension and use of exotic materials such as titanium and billet aluminium to form a lightweight track machine.  The bike employs a CNC machined frame which bolts directly on to the powerplant.  It also gets winglets for added downforce at triple digits speeds. 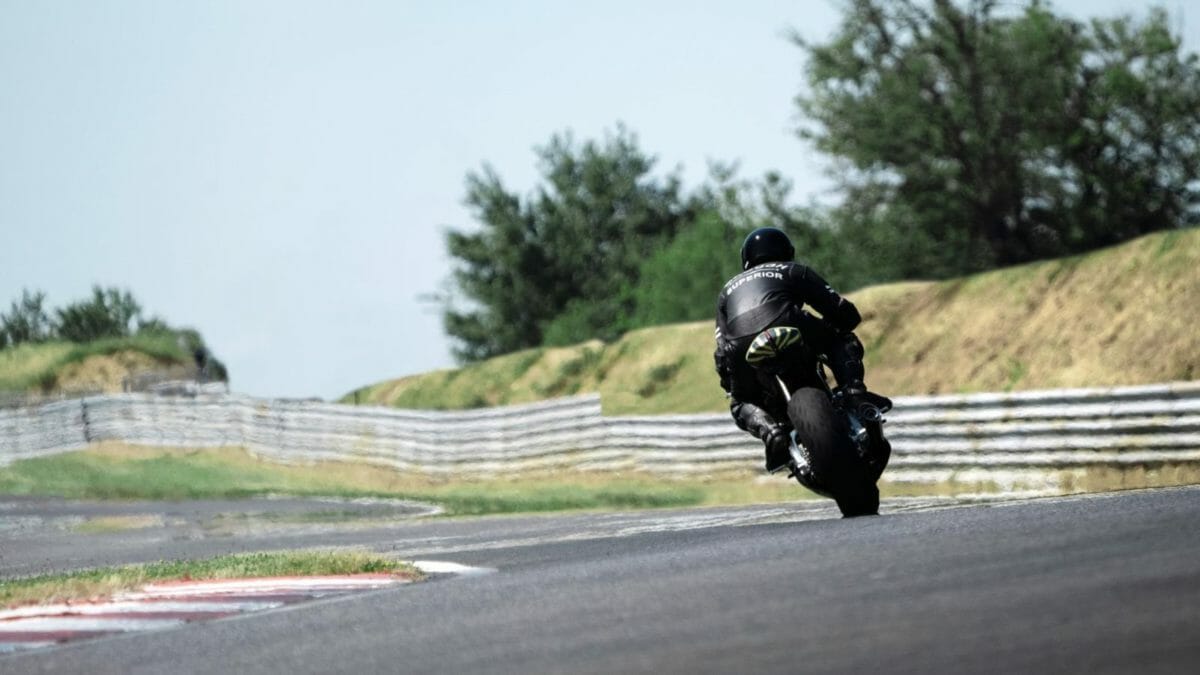 Speaking about the on-track test, Aston Martin said: “Prototype testing is one of the most vital parts of the development process with a test motorcycle allowing the team to validate the chassis geometry, the ergonomics and dynamic behaviour. In the same way that Aston Martin’s vehicle dynamics engineers can ‘read’ a car, Brough Superior’s test rider feeds back on all areas of performance, from the overall dynamic feel of the bike to details regarding cornering, braking, acceleration and the like.”

A video released of the prototype shows the AMB 001 in the distinctive Aston Martin camouflage being tested out on the Pau-Arnos circuit in southwestern France.

Aston Martin claims that the motorcycle is the result of beautiful design melding with modern technology to produce a bike that any collector will be proud of. The new AMB 001 is on schedule for the first deliveries at the end of this year. Once the testing is complete the AMB 001 will go into production at the Brough Superior factory in Toulouse, France.