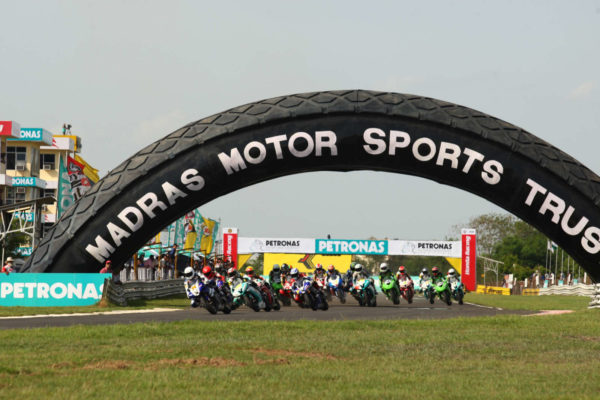 This July 12 to 14, the newly refurbished Madras Motor Race Track at Irungattukottai in Chennai, India will once again resound with the roar of two wheelers as the best riders in Asia descend upon the city for the third leg of the 2013 PETRONAS Asia Road Racing Championship.

The Asian-level international series held three successful rounds at the Madras Motor Race Track in 2009, 2010 and 2011, only skipping the Indian round in 2012 as the circuit was closed for renovations.

TWMR promotions director Ron Hogg said that he was very pleased with the commitment showed by the parties involved to further strengthen motorsports presence in India and hoped the cooperation would continue for years to come.

“Hosting an international racing event is a big step for India and it will most certainly help stimulate the growth of motorsports in this country which is a very important market for the global motorcycle industry,” he said.

Fans attending are also in for a treat as Ron further revealed there will be no admission fee to watch the action-packed races.

“That said, we will also be offering spectators free admission for next weekend’s race and we hope there will be a sizable crowd at the event to cheer on the riders.”

Meanwhile, Vicky Chandok, President of the Federation of Motorsports of India (FMSCI) welcomed the contingent for a fourth time running and commented, “It is great to see the ARRC return to India at the MMRT. The ARRC is the pinnacle of two wheeler racing in Asia and a great platform for upcoming riders to showcase their talent. These kind of events is exactly what we need to further grow the sport in India. The Underbone 115cc and Supersport 600cc races have some of the closest races and it will be a great treat for all Indian two wheeler fans to see these guys in action.”

The practice and qualifying sessions is set to take place on the 12th and 13th of this month with the race on the 14th.