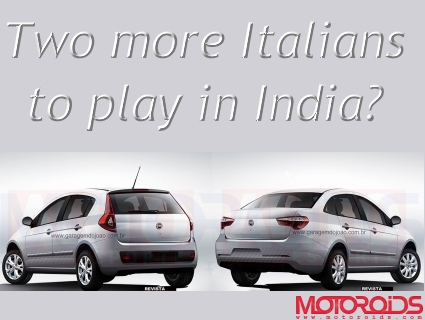 We are constantly scouting around and bringing you new updates on FIAT’s future cars for India – like the design sketch of the 2013 Punto, or the artist impression and the engineering drawing 2012 Palio. What we have here now, is the latest impressions from the automotive artists working for a Brazilian magazine called ‘Auto Esporte’. It quite close to the artist impressions that were floating around earlier, however, the magazine’s excerpt reveals some new details.

Design-wise, the new Palio will move closer to the Punto’s design philosophy to establish their familial connection. This will be achieved with wide, roundish headlights much similar to the ones on the Punto, however they will continue using a double-barrel arrangement for the internal elements to continue the Palio’s tradition. The tail will be a cross between the Punto and Palio’s design theme with the lights narrowly starting all the way at the top and bulging at the bottom as shown in the artist impression.

The Siena – the Palio’s sedan variant, will get a Alfa Romeo / Maserati-esque tail. The Siena will share the frontal design of the new Palio, however the similarity will end right there. The second row of doors, the C-pillar and the wheelbase will be different from the Palio for a harmonious design. The rear legroom for the Siena will be significantly higher as well.

So will these two cars come here? Too early say really. Speculations are rife that the Uno is just around the corner and should be unveiled by the end of this year. Since the Palio uses the same platform as the Uno, it shouldn’t be too difficult for FIAT to produce the car in India. However, market positioning of the Palio is what is a tricky proposition for the Italian carmaker – especially if the Uno will exist in the market. Stay tuned as we bring you more info as and when it is available to us.