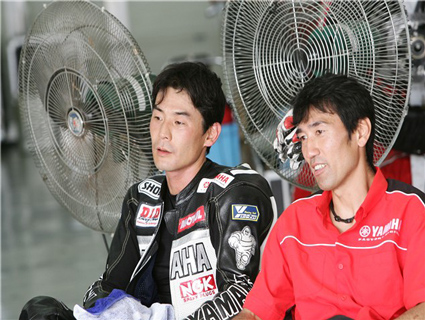 The absence of the Doctor after his injury has broken several hardcore Rossi fans’ hearts. But his place has to be occupied by some one else, and that some one else is Wataru Yoshikawa, Yamaha’s factory test rider and a former Japanese Superbike champion. Wataru, 41, will replace Rossi in the weekend’s Dutch TT at Assen. Wataru has played the role of a wild card racer a couple of times in previous events including the 2001 Pacific Grand Prix at Motegi. So will he be able to do the Rossi Wonders? Let’s wait and see with crossed fingers.