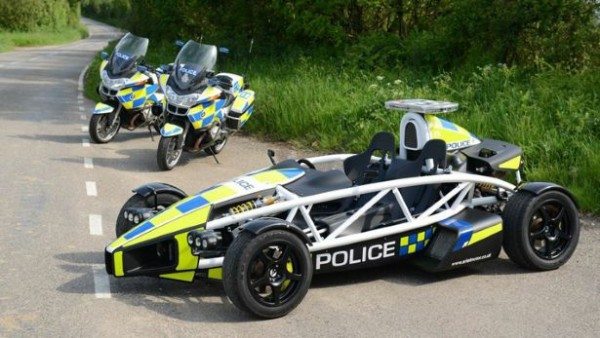 Young motorcyclists in the UK beware. After the Dubai and Italian police, it is now the Brits’ turn to incorporate high-speed vehicles into its fleet. Or, rather, one very special vehicle. Ariel has teamed up with the Somerset Constabulary to create a police version of the Atom 3.5 track racer, complete with blue flashing lights and the trademark blue/yellow police livery.

Part of a safety campaign, the police-spec Ariel Atom PL produces a max. power of 350 PS from its 2.5 litre, supercharged four-cylinder Honda engine, and sprints to 100 kmph from standstill in a mere 2.5 seconds, making it the fastest-accelerating police car on the planet. Unfortunately, the Atom PL won’t actually be used to take down errant motorcyclists or engage in high-speed chases in the English countryside. If it does, it will indeed be a very short chase. 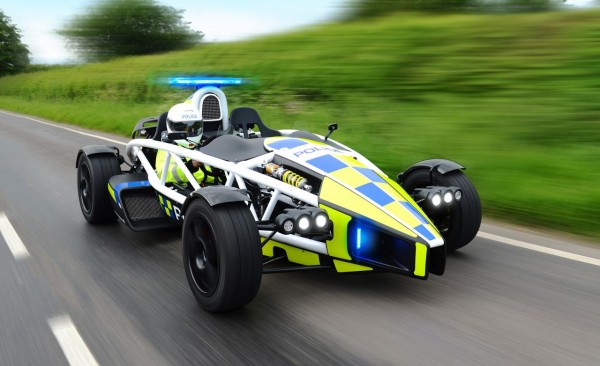 Ariel will instead use the Atom PL  mostly at shows and events to promote motorcycle safety. Ariel boss Simon Saunders said he had got involved with the Somerset Safer Rider campaign to raise awareness among bikers, who represent one in five people killed on British roads. “Our business is about going fast, very fast, but there is a time and a place,” said Saunders. “The Atom is designed to be driven to a race track, where you can drive to your limits in safety and in a professional environment designed for the purpose. The road really isn’t the place to explore your or your vehicle’s limits.”

Ariel is also about to launch their first ever motorcycle later this year. “We’re just about to launch an all new Ariel motorcycle and we want our bikes and customers to be as safe as they possibly can be as well, so this message is important to us. There’s always one certain loser in a motorcycle collision and that’s the motorcyclist.” 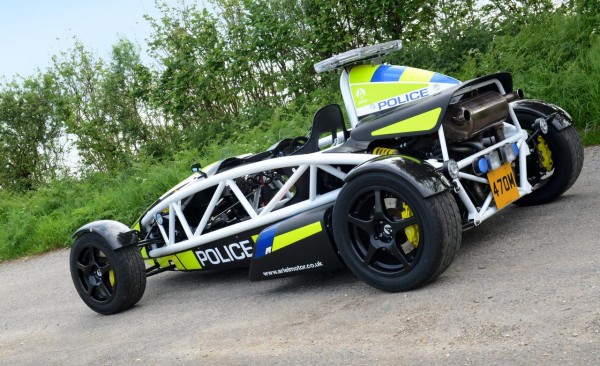