Mahindra is all set to launch the new Scorpio this festive season. As the launch nears by, more and more spy pictures of the upcoming SUV have started to surface. The latest images uploaded by India Car News, capture the SUV up close. However, the SUV has been heavily covered in camouflage. So much that the rear is covered by a cardboard box. 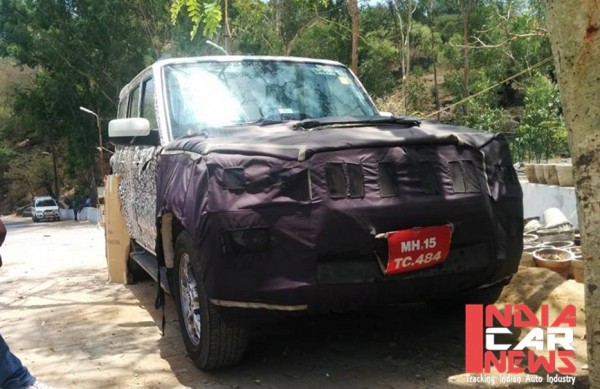 On the outside, the new Scorpio boosts updated grille, bumper, headlights and hood scoop. It has also received newly designed alloy wheels. The insides of the car are fairly updated as well. Previous images uploaded by Autocar India indicate that the Scorpio will get an XUV500 kind of steering wheel which come with mounted controls. The air-conditioning vents are now square as compared to rounded ones in the outgoing version. The instrument cluster also gets a design upgrade. But one of the most noticeable updates that can be seen on the inside of the SUV is the touch-screen interface. 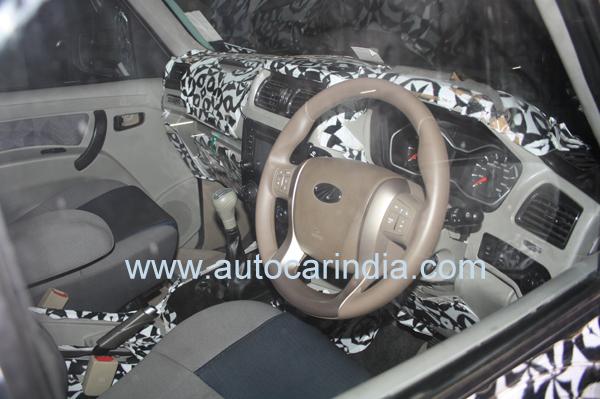 The new compact SUVs have captured fair bit of market share. Not to mention, Scorpio’s sibling, the XUV500, has also eaten into its market share. This new upgrade gives hope to the Scorpio brand to regain its lost glory.

The Scorpio may hit the showrooms by the upcoming festive season or by the year end. The upgrade is vital as the competition has become stiffer in the SUV segment. But will the new updates draw attention or go unnoticed? That is a question that only time can answer.