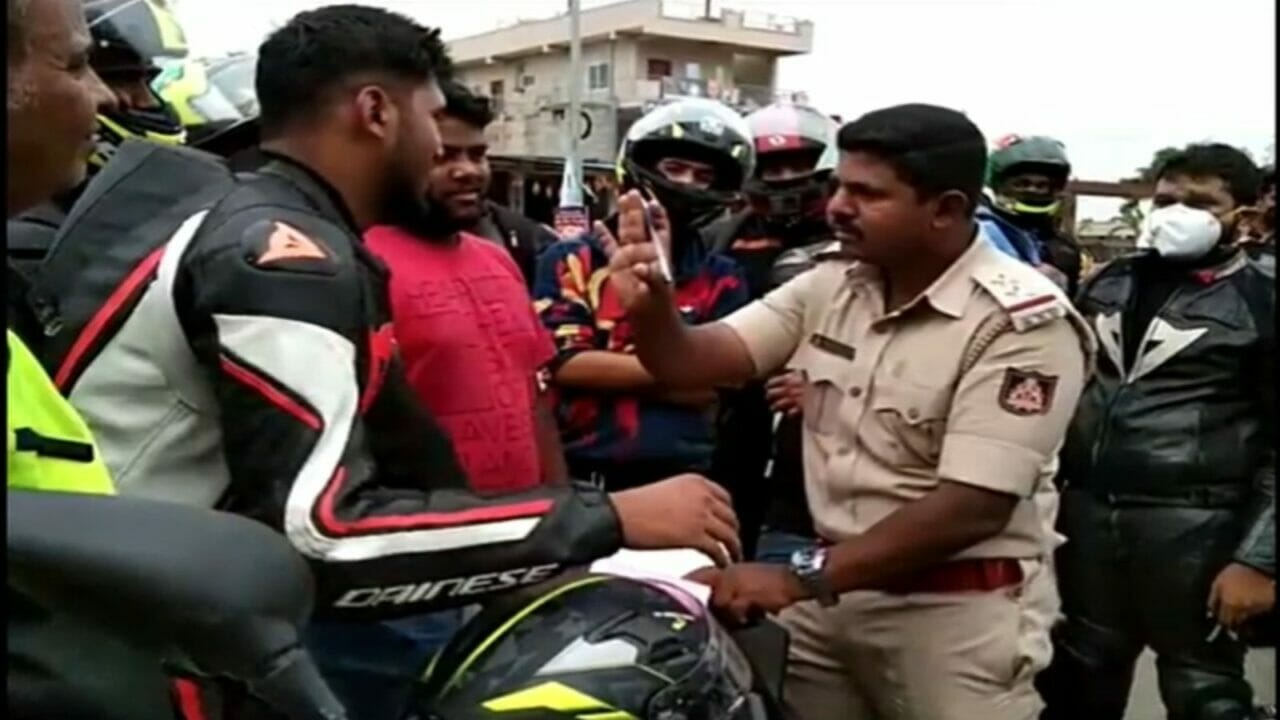 The Government recently announced relaxations in certain aspects related to the lockdown and that included relaxation in the movement of people around the country. Motorcyclists around the country have been confined in their homes for more than two months now and we will admit, it hasn’t been easy. When you are accustomed to riding your motorcycle almost every day and take her out on occasional highway rides, it becomes a bit difficult to part with that adrenaline surge for so long.

After being confined indoors for more than two months, a group of more than 50 Superbikers went out for a short highway burst on Saturday but were soon stopped by the Police authorities who later confronted them regarding the same. They were spotted near Solur on the Bengaluru-Hassan highway. The cops later booked them for travelling for non-essential services during the lockdown. They were then taken to the respective police station and made to wait for hours before the officials issued a fine of INR 3000 on every biker.

Also read: Watch How Vehicle Sanitization Can Go Wrong And Know The Right Way To Do It

The police officials later claimed that they were keeping a check on speeding violations and they found the bikers allegedly guilty of crossing the speed limit. Another reason why they were booked by the cops apart from riding for non-essential reasons. 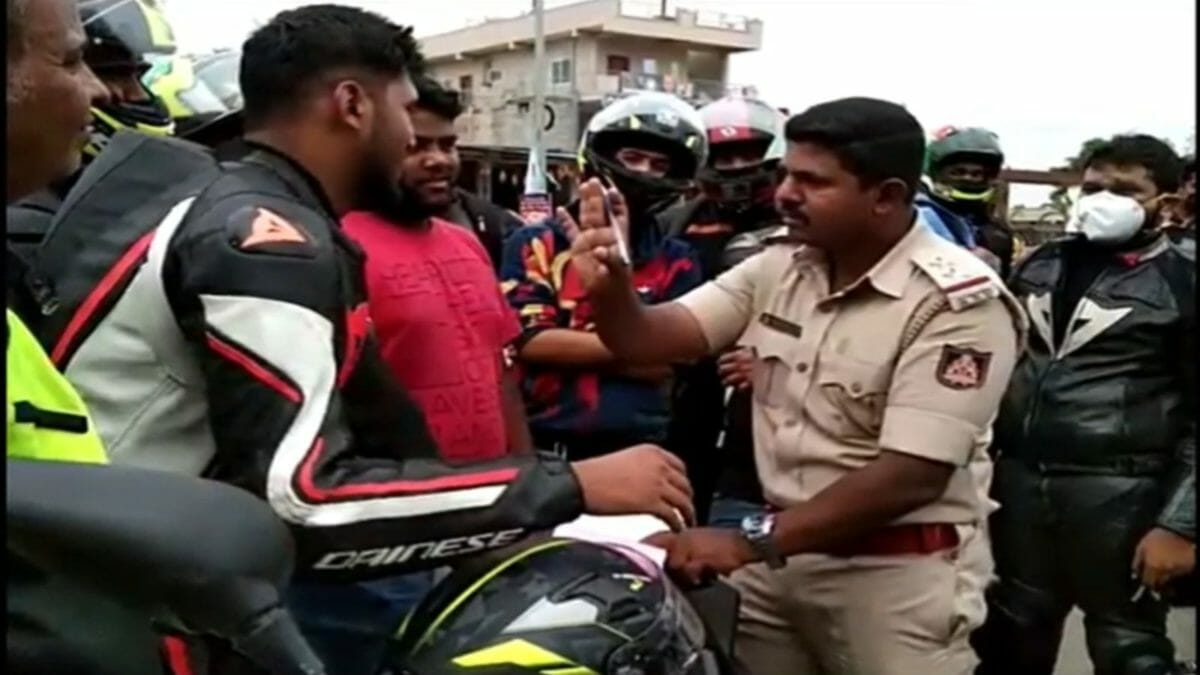 State Governments have begun easing the restrictions. However, sudden and improper communication has been leading to chaos, as the general public, eager to get on with life, steps out, only to confront law-enforcing authorities who are mostly not in sync with what’s allowed and what’s not. However, logic must prevail and we believe leisure travel can take a pause for a little while.